Yes, I finally retired from my job as office administrator at Newberg Friends Church. I’ve worked from the same office for 15 years, doing all the things an office administrator does plus a host of other things too. No, I am not super woman; it’s just been the kind of job that stretched me in several directions, making boredom far from reach. My love of order and systems and projects has served me well these past years and explains why I have proclaimed, even through hard times, “I love my job!”

A former teammate passed along his oft-spoken phase: “I’m here to serve.” I adopted it as my work motto, a regular reminder of my ultimate purpose that I hope to carry on into retirement. 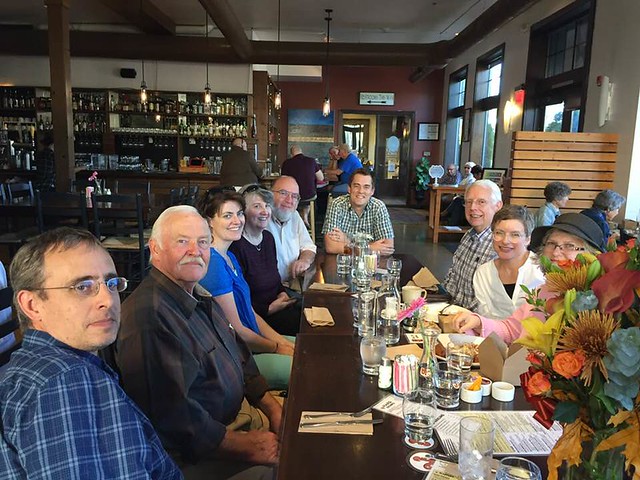 On Thursday my coworkers treated Mauri and me to lunch at a favorite restaurant. The flowers on the far right were their gift to me, along with a gift card to New to You (shows how well they know me), and best of all cards and sincerely spoken appreciation. Cindy took the picture so isn’t in it.

Only one of these dear people would have been in the picture had I retired a year and a half ago. I’ve mentioned the split our church suffered in July 2017, causing all my teammates but one to leave. It was a sad day for all of us——those who left and those who stayed. So we’ve all been in a rebuilding process, the real reason for my extended work life. 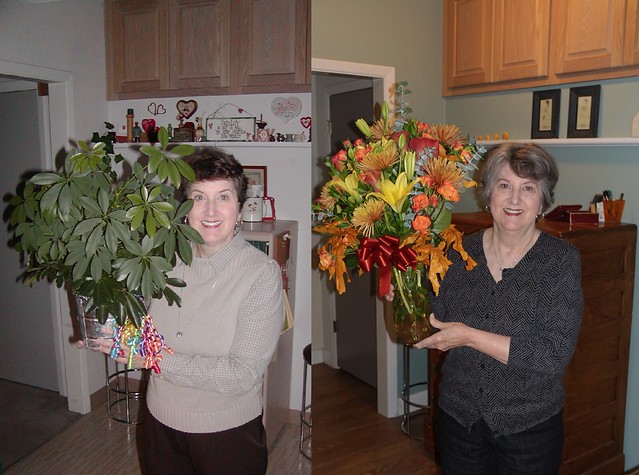 Friday morning arrived——my last day——and I enlisted Mauri’s help once again for a photo to complete this first day/last day match-up. How convenient for the team to provide a large bowl of flowers to match with the plant Susan gave me as a “you go girl” job starter. 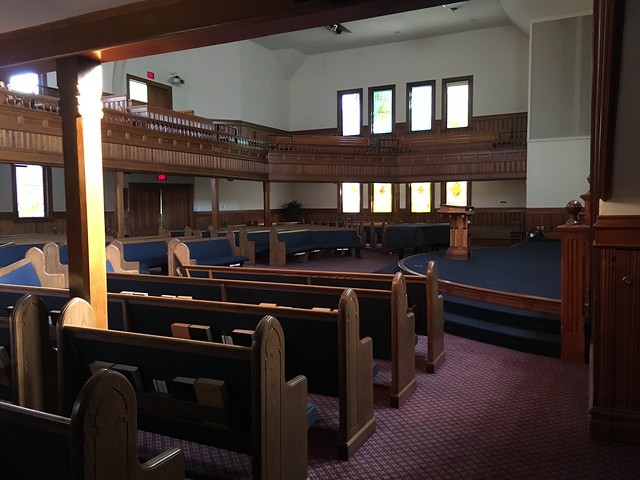 Friday’s “carryover” (preparations for Sunday carried from office to sanctuary) gave me pause as I realized this weekly task will be passed to another. 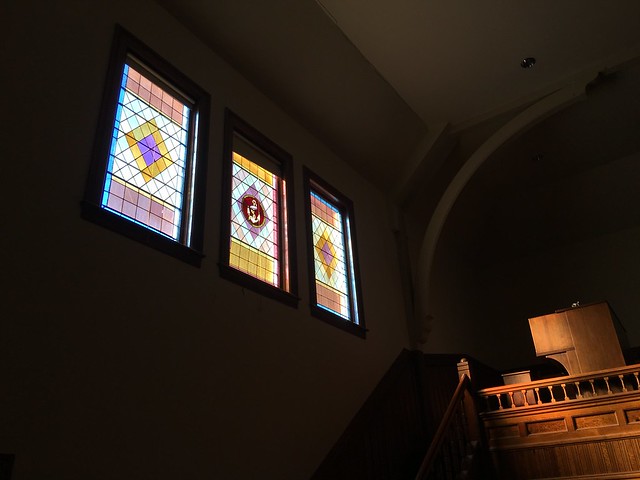 I knew I’d be back in two days to worship with the congregation, but there’s something sacred about the vacant room, the air filled with more than a century of God’s presence. 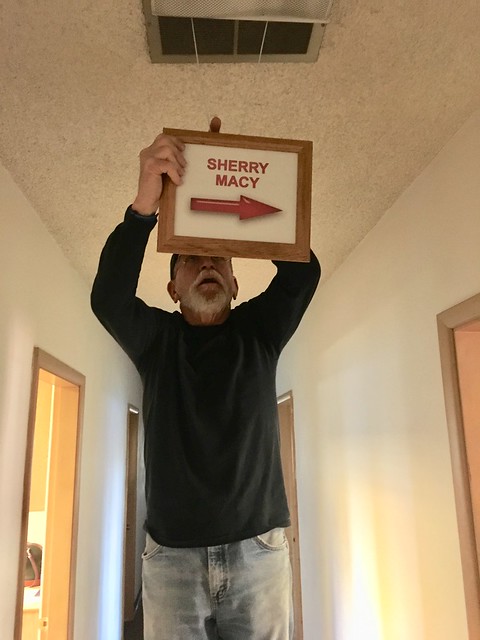 This makeshift signage directed visitors past an often-vacant reception desk to my office down the hall. Time for it to come down. My successor will bring that office back to life full time. 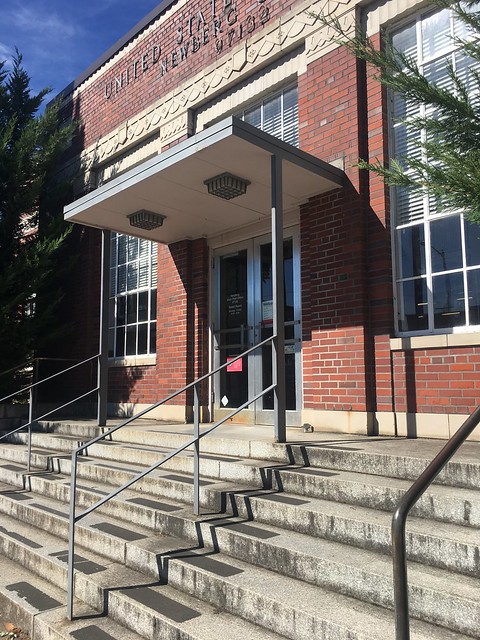 I felt a little silly being sentimental about my last afternoon walk to the post office. 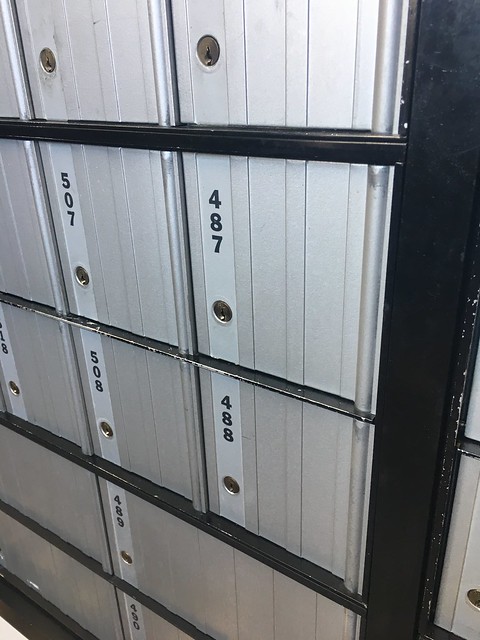 I’ll be turning over the key to Dianne when she begins full time on October 8! 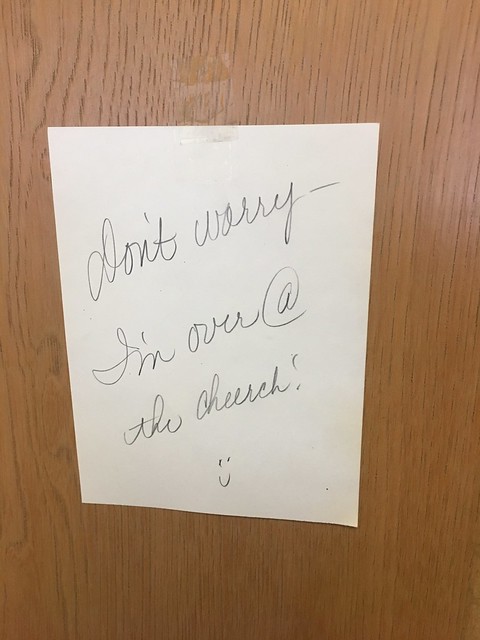 I’ve had this note from my beloved Denise taped to my door for years, even after she took another job soon after the split. 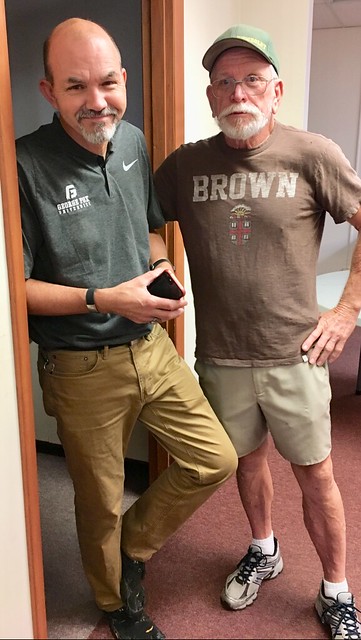 Here stand two heroes who also happen to be really good guys. They each heard “hero” many times as they came to my rescue with just the help I needed. Josh (left) works full time at George Fox University yet manages to bail me out with computer help and audio tech assistance and phone-connection disasters and the list goes on. Brent is our custodian but does oh so much more than cleaning and set up. Rather than run the other way, he checked in with me at the beginning of each day to ask for my list of urgent needs.

How fortuitous they should both show up at my door at the same time on Friday afternoon when nostalgia hit me hard.

By 5 p.m. I had recorded a new message on the answering machine and updated the phone extensions and cell phone lists, deleting mine and adding Dianne’s. I had gathered up my extra computer charging cord and Time Machine backup disk and my door name plate, and headed for the door. 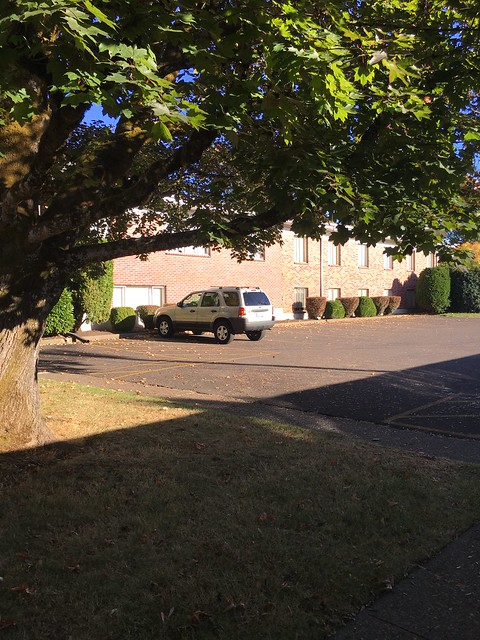 For some reason, this scene caught me off guard. I’ve always pulled into that first slot, being the first one to the office nearly every day. Even when Denise got there first, she would pull into the second slot, saving the first one for me. I never ever declared it “my” spot, but it became assumed, I suppose. I drove a Jeep Wrangler when I started working in 2003, 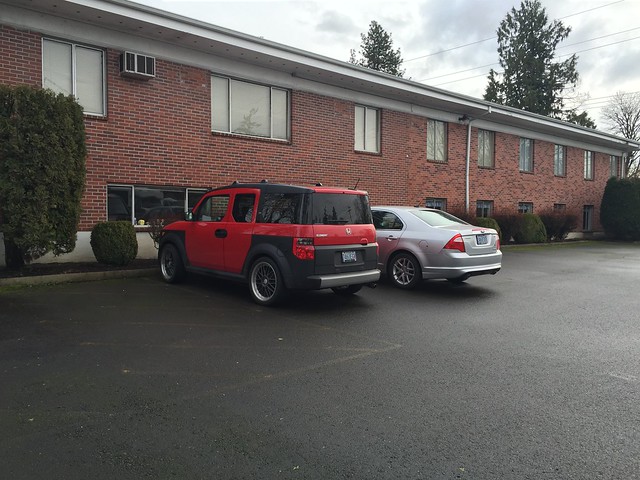 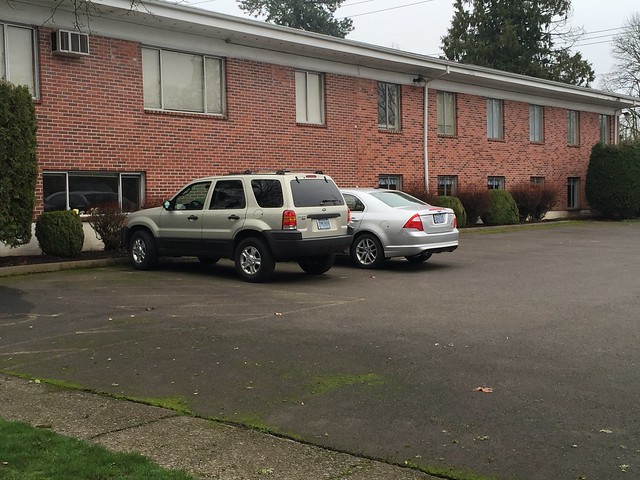 and in 2015 bought an Escape from the Hank and Jo. Do you see Denise’s car parked next to mine?

You know what “they” say——the more things change the more they stay the same. Well, life is about to change in the coming days. Watch out—it might mean more time to post!

Post Script: I shared a match-up photo on social media and a friend whose dad worked for Youth for Christ back in the ’60s suggested I include this photo of me at my first job. She thought I could do a match up of first job/last job. So here it is:

This entry was posted in in the neighborhood, series / match-ups. Bookmark the permalink.

6 Responses to i did it!