Pride and Prejudice, Sense and Sensibility, Return to Me, If I Were You, Scapegoat, the list goes on and on and on . . .

We set aside my retirement for the past year and three months to help NFC rebuild after a devastating split, and that concludes in one week! There will be more transition while I train my successor, but life will change at home immediately. We’ll see each other (much) more than between 1 and 2 p.m. (lunch) and the evening hours. I wasn’t worth much after a full day of work, so we ate our dinner on trays and zoned in front of the TV——watching “The Guernsey Literary and Potato Peel Pie Society” again and again and again. We notice and talk about every character, the immaculate acting, the story, the details, even the mistakes. We quote the script, working hard at the English accent; we play the movie when neither of us is watching.

Here’s the trailer, if you want a teaser. You might like it as much as we do.

Set in the mid 1940s, the star actress uses a manual typewriter to write books and letters. So it was only natural for Mauri to remember we still have his manual typewriter, purchased for his years as a student more than 50 years ago. Using his cue to look for a green case, I headed to the old attic to find it. 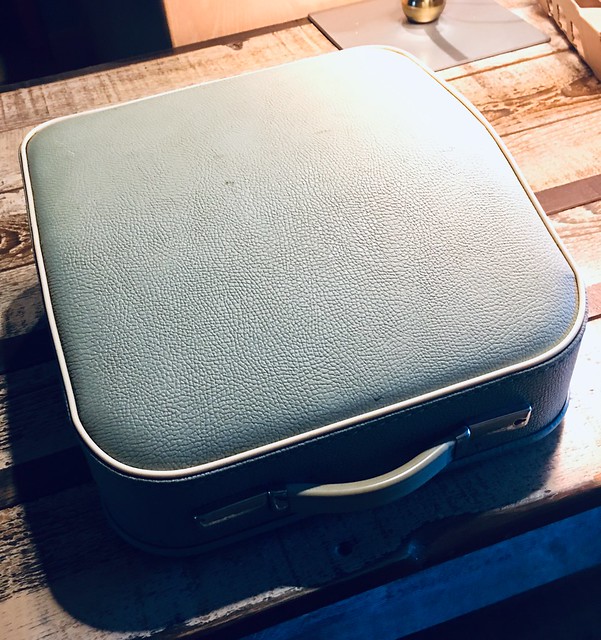 He wasted no time cleaning it up. 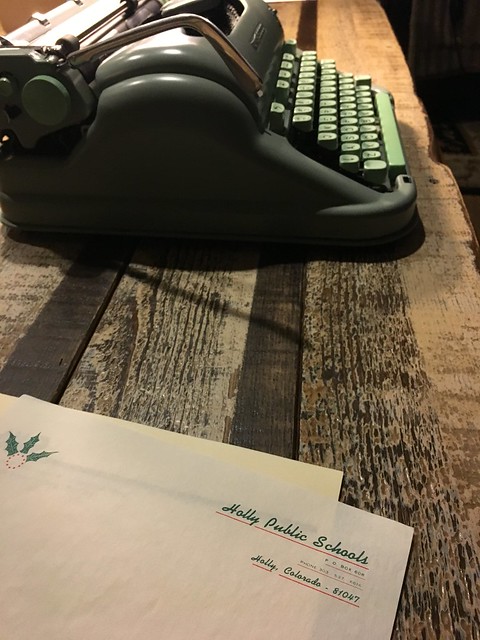 In the case he found some letterhead from Holly Public Schools, where he taught high school and junior high band in 1975-6. 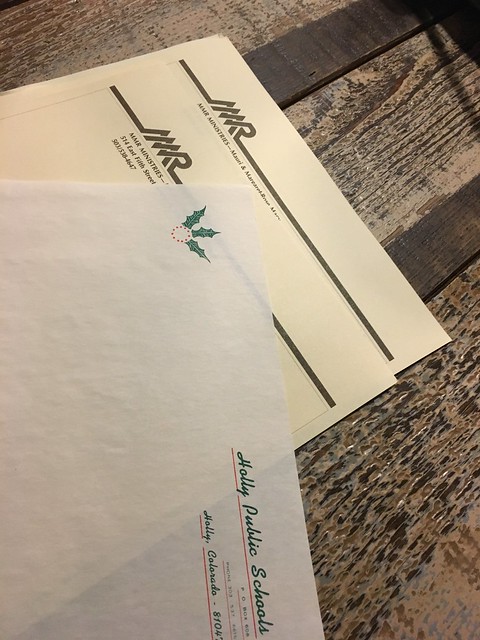 Also some letterhead from MMR Ministries. We decided to use clean white paper and keep the old for posterity. 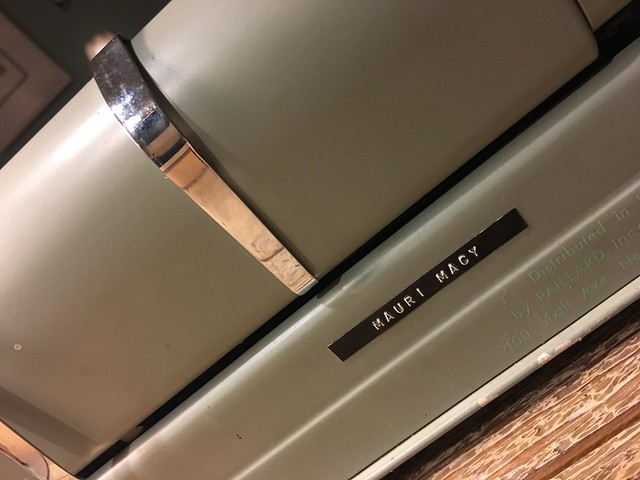 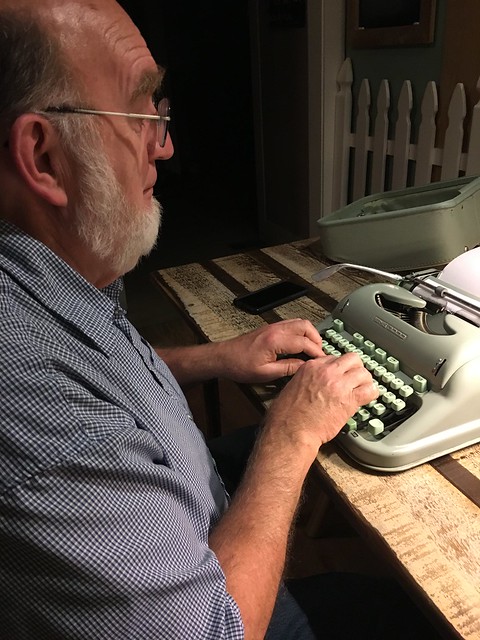 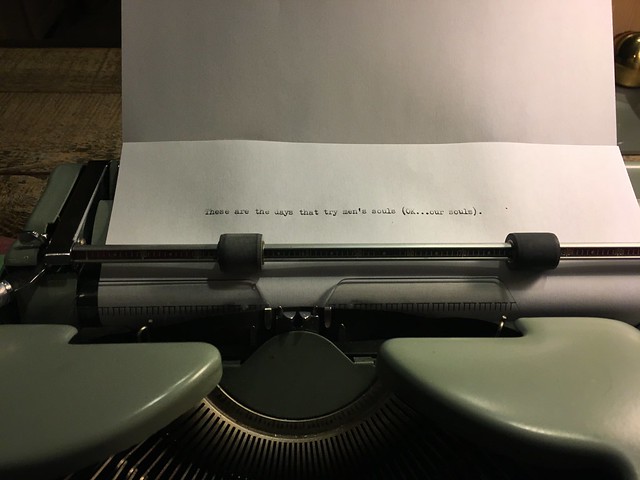 His strong piano- and guitar-exercised fingers had no trouble pressing the keys, but he needed to remember the old way of setting margins, underlining, and back space. But he wondered to me, “Where’s the key for italics?” 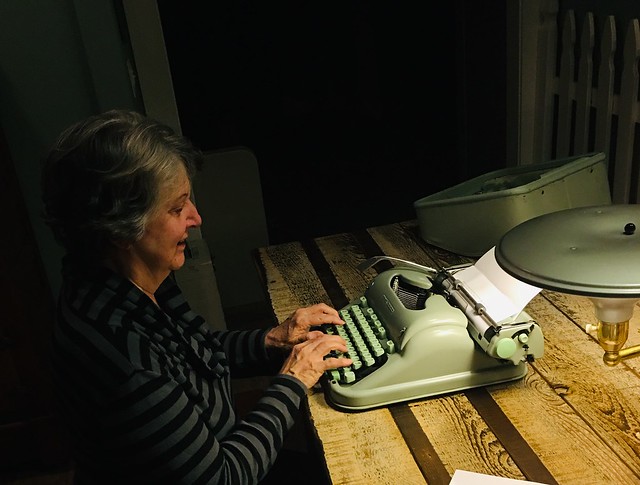 He wasn’t going to let my reticence cause me to miss out on this retro experience.

Arthritic fingers can still type! My memory went immediately to watching my mother “hunt and peck” about as fast as my “taught” fingers could type——and probably with fewer typos! So I wrote her an impromptu note: 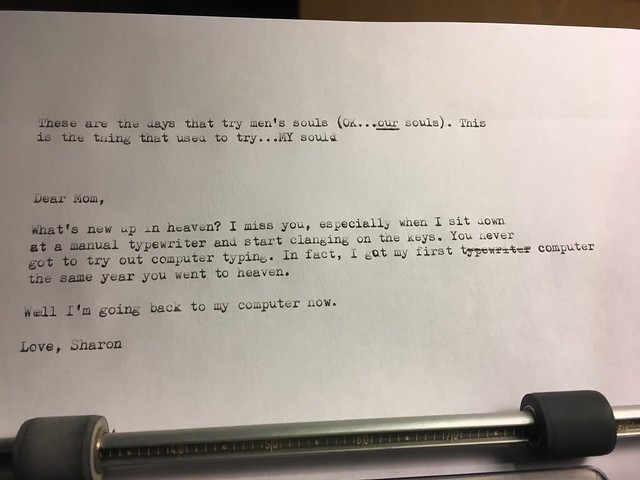 Oh, dear, I’ll be forever grateful for being forced into the computer era in 1988, when Paul bought our first Mac while I was in Florida for Mother’s final days on earth. I returned to my home office in Michigan to enter a whole new world of desktop publishing on an exasperatingly slow computer with a tiny screen and software named Pagemaker.

I never called my mother “Mom.” On a computer I could change that mistake without retyping the whole page. And that other mistake as well.

No, I don’t miss those typewriter days AT ALL, but it sure was fun to revisit them for a while.

Mauri thought you might enjoy this. Turn on/up your computer’s sound.