Last Sunday our church welcomed a new pastor. My love of the camaraderie in a group effort led me to accept the task of planning and overseeing a welcome picnic on the lawn after the morning service. I recruited lots of help, making it extra fun. One of the highlights was creating a photo booth with the Fourth of July theme. I pulled out a big flag I keep stored away to use as the backdrop and visited the local Dollar Tree to find dress-up fun. I recruited a volunteer to shoot the pictures, and she did a great job.

Here are two office volunteers and their husbands, among the many photos taken in the booth. 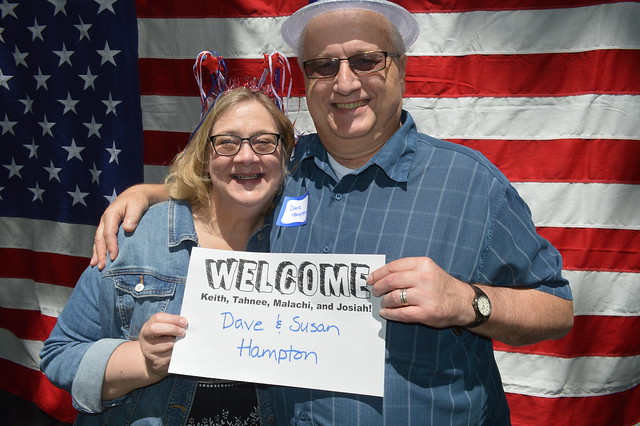 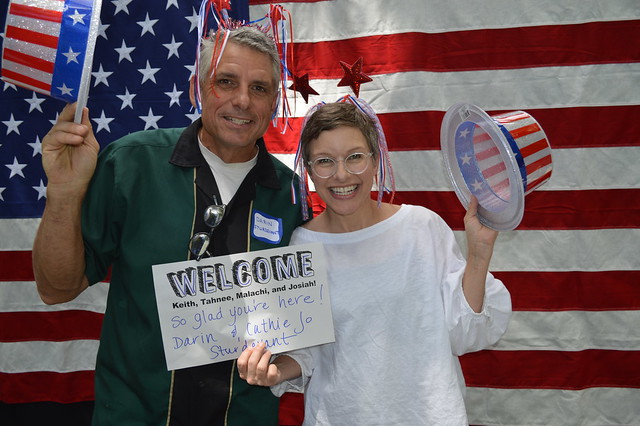 Quite a few booth visitors expressed curiosity about the flag, and I told them it was the backdrop for a photo taken of my first husband, Paul, when he was a little boy. 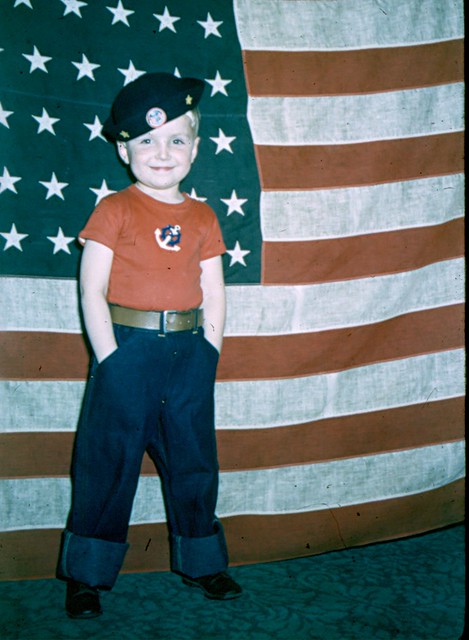 Later, when I found the picture, I realized my mistake! Comparing the photos I could see the star configuration did not match. In Friday’s newsletter, I shared a link to the “book” I made of all the photos but also had to issue a correction for those who asked about the flag.

My friend Carolyn noticed the correction and sent me a note saying:

Now the flag is like the one in your picture backdrop, which was made in 1960 and later with 9 rows of stars alternating between 6 and 5 for our 50 states.

Now how is that for useless trivia?”

This entry was posted in in the neighborhood, nostalgia. Bookmark the permalink.