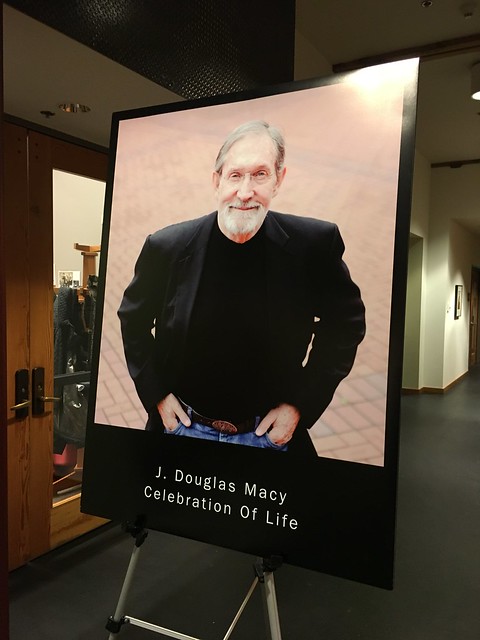 Mauri and I drove into Portland this afternoon to join other family members and their friends in a time to honor and celebrate the life of Mauri’s cousin Doug. Cousin Rebecca started the sharing by telling stories of their childhood days in Central Oregon. Cousin Gregg managed to fit in a story or two in between the many that people who knew and loved Doug wanted to share. Finally, it neared time to be out of the space rented for this gathering, so Rebecca headed to the electric keyboard to lead us in their family song, “Don’t Fence Me In.” The lyrics were printed so we could all sing along. A fitting closing. 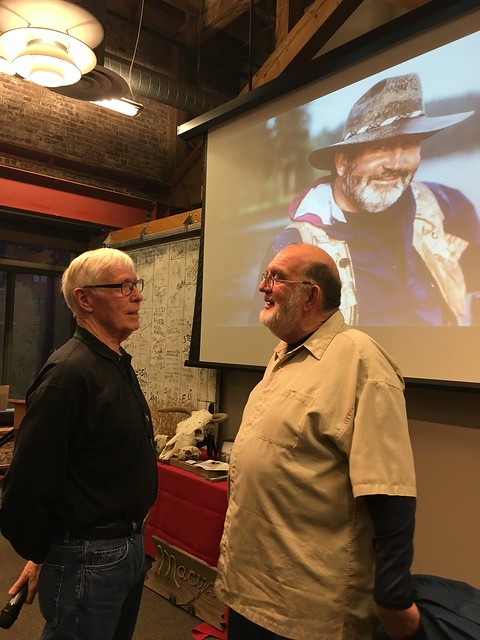 Mauri enjoyed a conversation with Gregg while I took advantage of the photo op. 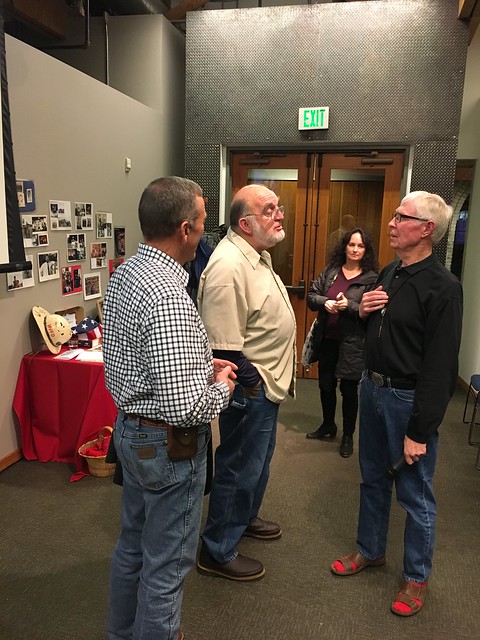 Cousins Richard and Terry (Macy, of course), who drove up from Central Oregon, joined the conversation. Note Gregg’s red socks. Rebecca and Cousin Marilyn wore them too. Turns out Doug always wore red socks, but no one knows the significance. 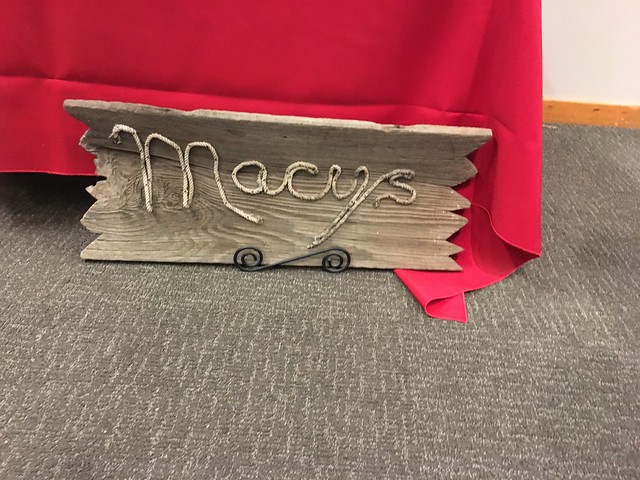 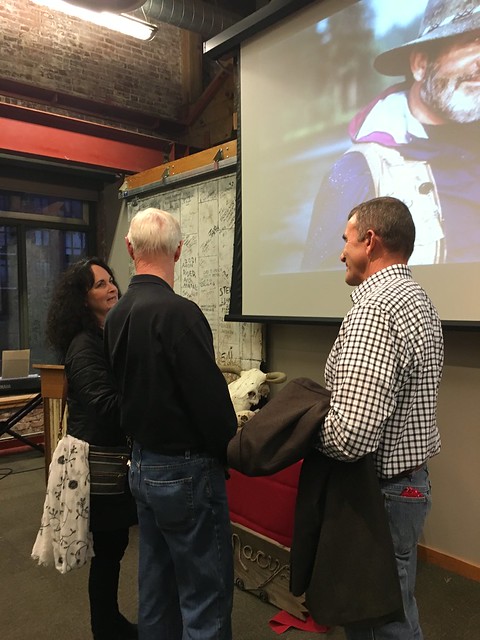 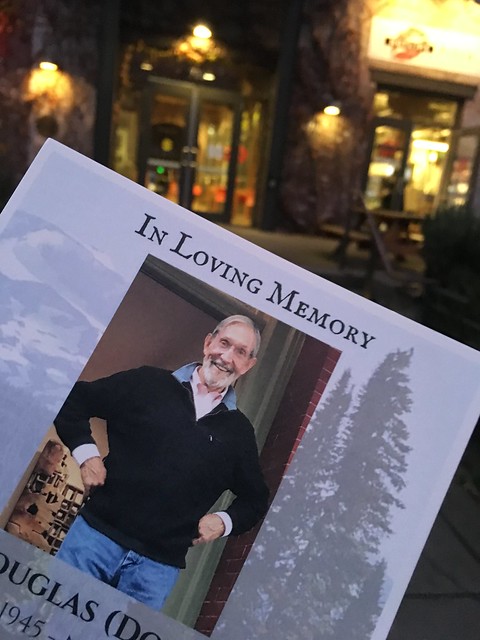 We were upstairs in this cool old renovated building. 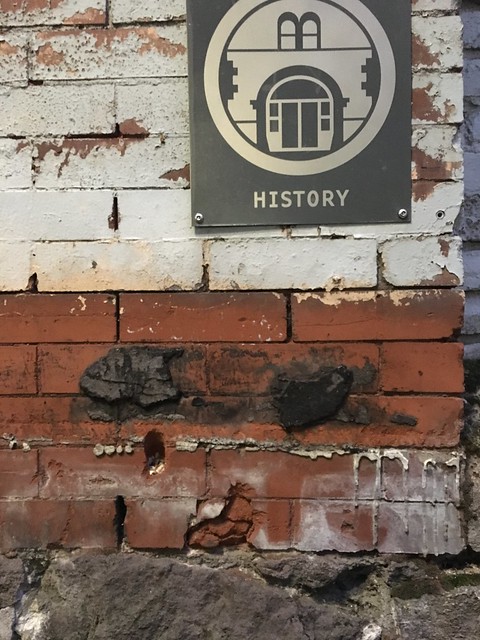 Rebecca said Doug’s birth was celebrated with fireworks and sirens. She noted it might have had something to do with his arrival being on August 12, 1945, the day World War II ended.