I’d kept my phone’s ringer in the “on” position ever since contractions were detected at a routine appointment several weeks ago. I’d just returned from two weeks in Arizona with the Carlsons, watching Beth’s baby bump increase in size. The babies’ due date was August 20, but docs determined a good and safe arrival date would be July 31 and scheduled a C-section. But babies come when they think the time is right, and Beth was aware her contractions were ramping up. Taylor called to say it’s go time! 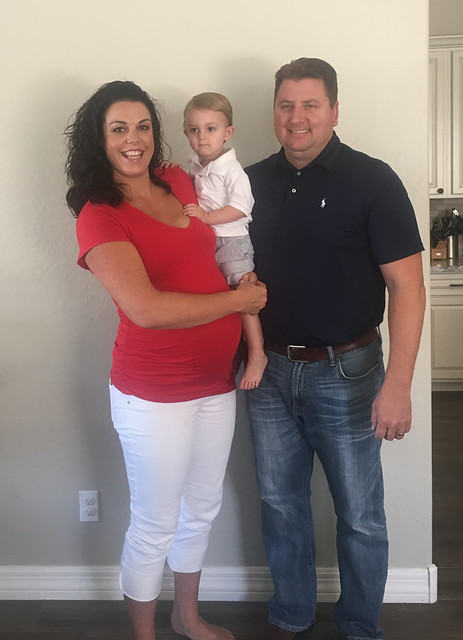 Home base was covered with Declan’s grandpa “Moose” at the helm, so everyone was cool enough to pose for this family shot before heading to the hospital. 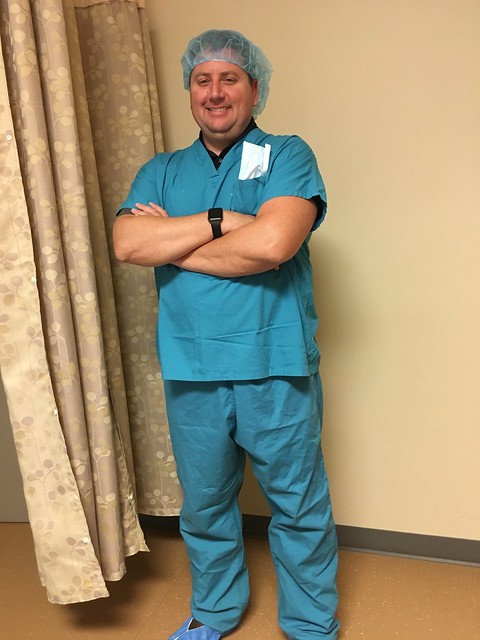 Taylor kept his siblings and me updated as the fun continued. He and Beth had been well informed about what to expect, so it was just a matter of following the steps. 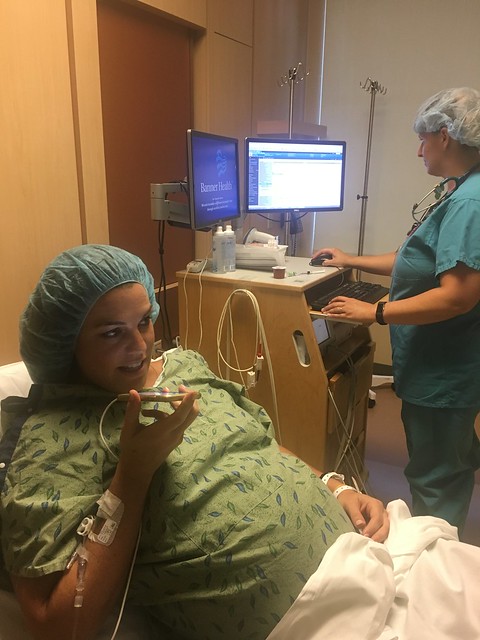 Beth, cucumber cool, chats with her mom and sisters in Virginia as she waits for the OR to be prepped. 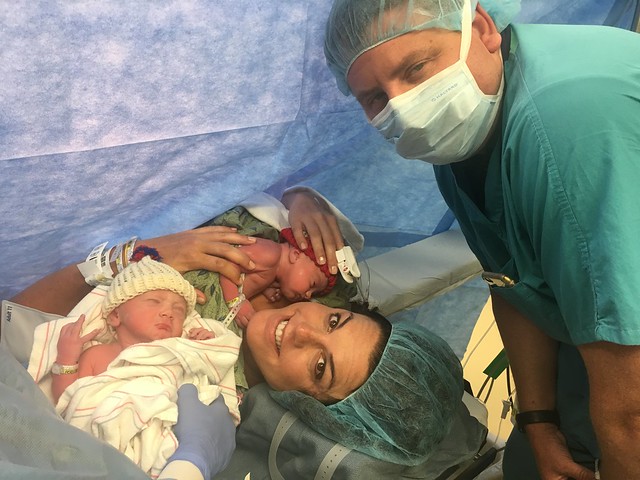 And just like that, Avery (“Ava”) Harper and Emery (“Emma”) Capri Carlson entered the world. 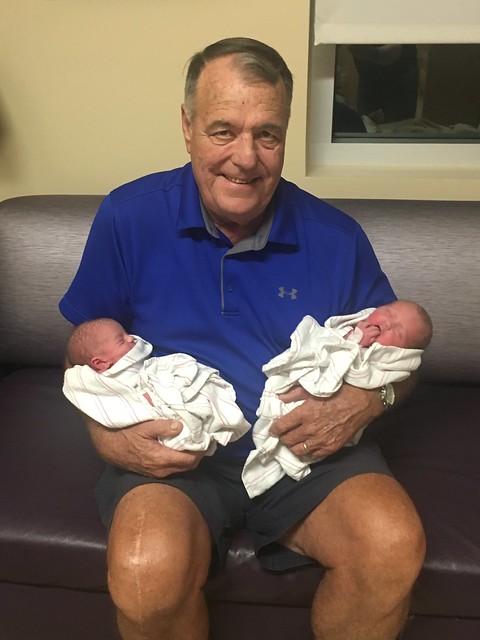 A while later Moose showed up with Declan to meet the new arrivals. 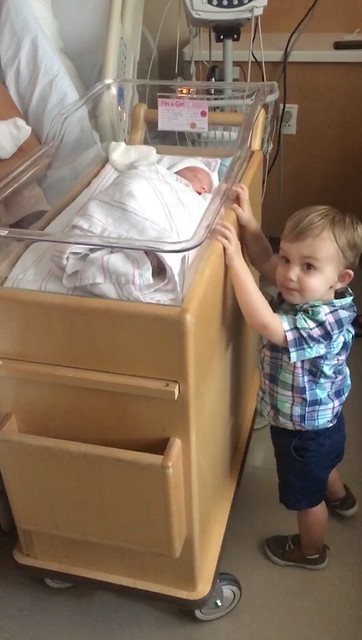 Declan said “baby” for the first time. I could hear it with my own ears as I watched the video. 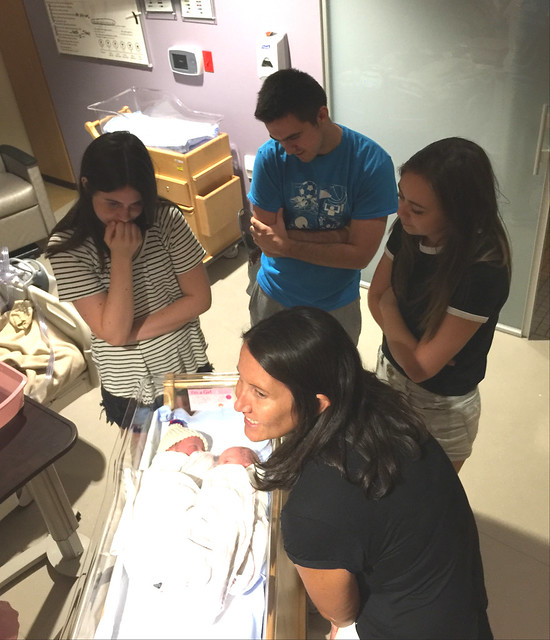 Dusty and Quinn know mOm needs pictures! So they sent this one and others of their visit to the hospital. And, bless his heart, Taylor obliged my photo need with a dropbox full of shots of the operating room scene, fresh-born babes held high by the doctor so the new parents could see (and photograph) over the barrier. 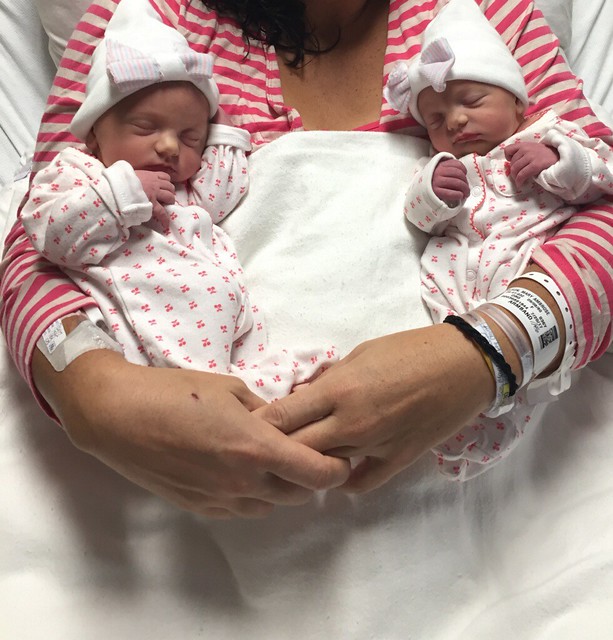 Trish, Beth’s mom, a.k.a. Mimi, flew in from Virginia the day after the birth and immediately dressed the girls to be photo-ready. They’re easy to tell apart because Avery weighed in at 6 lb 3 oz, while Emery weighed 4 lb 14 oz. Though extra small, born one month early, neither girl has cause for NICU attention. PTL! 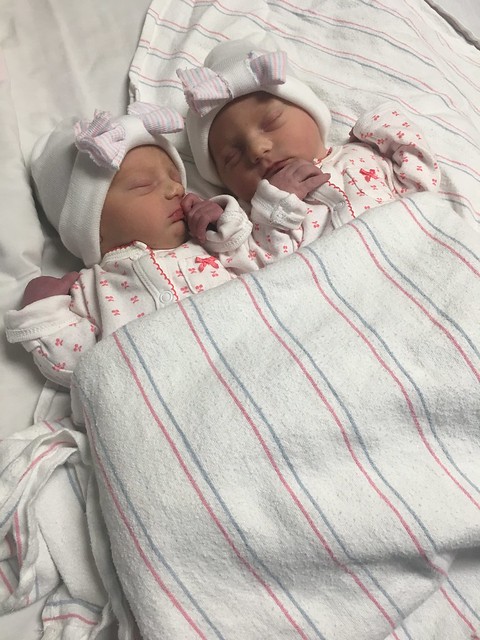 Already the parents assign or claim certain physical attributes. Avery has Taylor’s ears and cheeks and looks the most like Declan. And if foot size indicates future height, both girls will be tall! 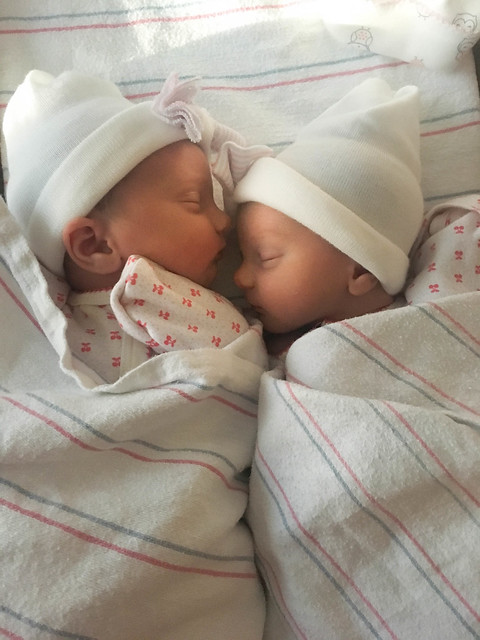 This grandma “Gus” looks at these sweet girls and sees perfection. 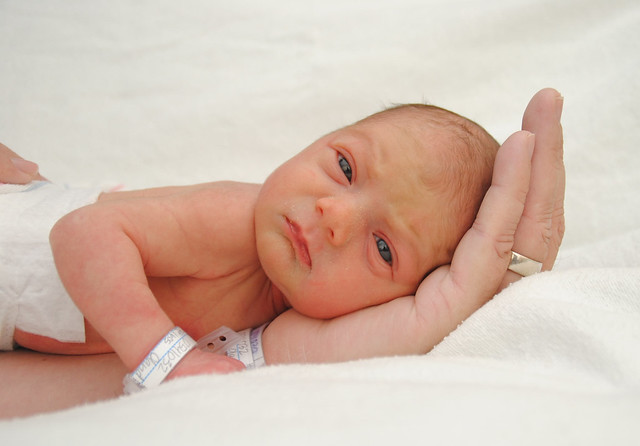 At the risk of oversharing, I will include these three shots by the hospital photographer. What mom can resist including pictures of her son’s hands cradling his newborn daughters? For sure not this mOm! 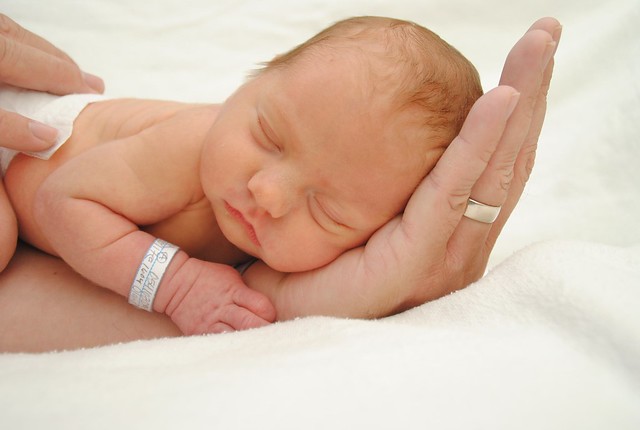 The first one was Emery and this one Ava. 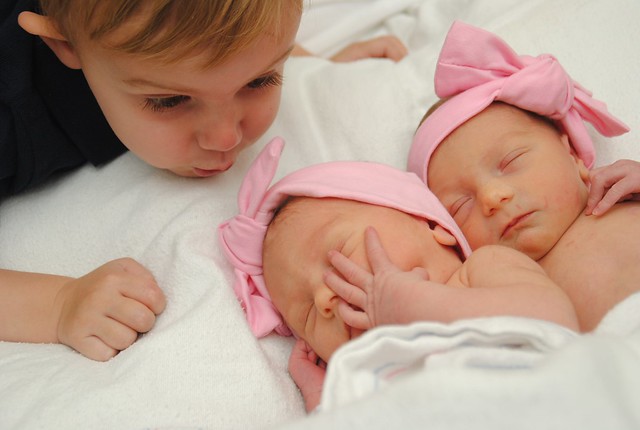 Declan will soon understand the full meaning of “baby sisters.” Oh, yes he will!

6 Responses to plus two