The requested tap on our doors this* morning indicated Ben was packed up and ready to leave for the airport. Real life awaits him back in Grand Rapids, and the Andersons and I bid him farewell with heads and hearts full of happy times with him. His sister remembered to wave a white hanky; his mother did not. 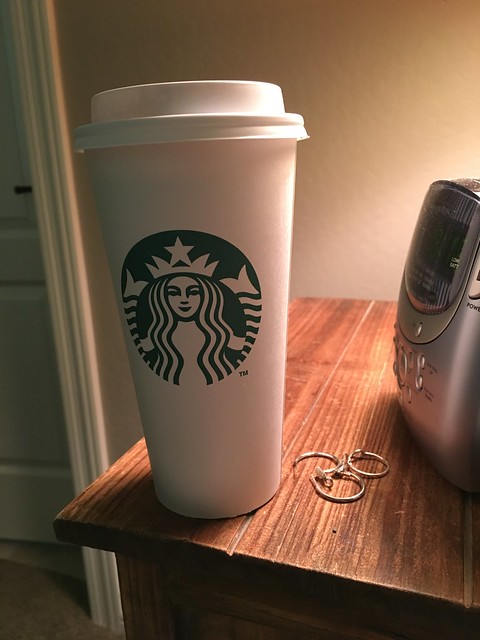 An hour or so later another tap on my door. I was sitting up in bed, working on my computer, so invited the tapper in. It was Dusty with this offering of my love language—hot chocolate. I tell ya!

I’d already made good progress on my church work, which I can do away from the office, so was in the process of finding pictures to include in this post. 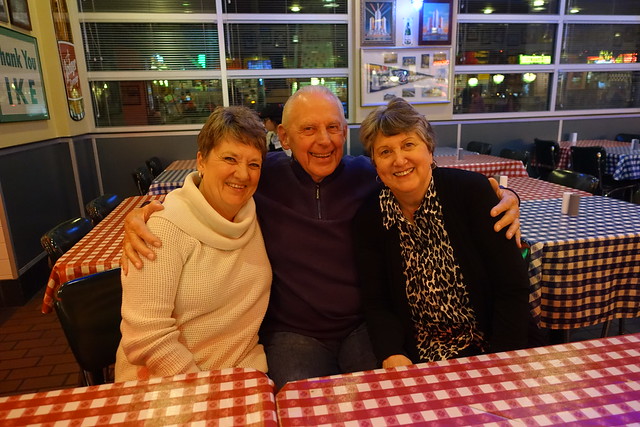 Last night Ben and Quinn joined me for a very special visit with their dad’s first cousin, Chuck Thor, and his wife, Joanne. I can’t count how many years it’s been since our families were together, no surprise though, given the direction my life took.

(*I withered on the vine last night and this was as far as I got. Resuming from Oregon, at home now.)

If you pay attention to this blog you might remember my fun dinner with Chuck’s brother, Dan, and his wife, Sally, last March in Dallas. This might refresh your memory. All I need now is to find my way to New Jersey for a visit with Cheryl, their sister! 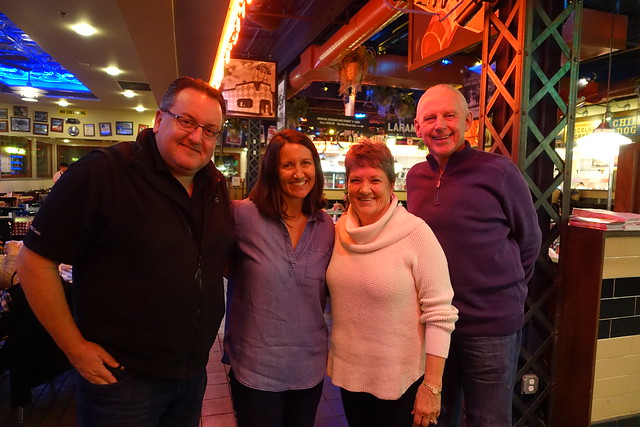 I asked Q to bring her copy of the book I made about Paul for my kids and they patiently paged through it. Want to see it?

Of course it’s full of pictures, for which I have a profound weakness. 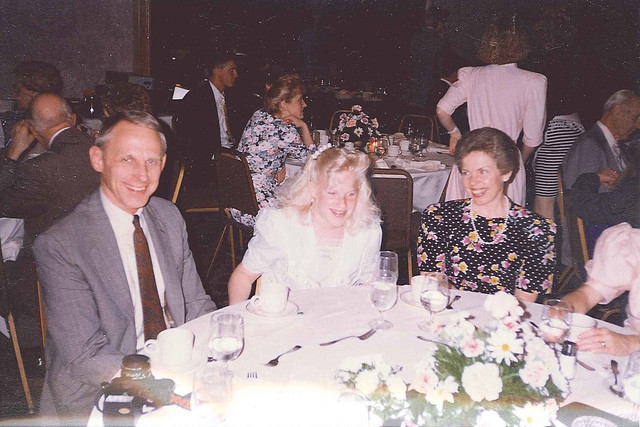 That’s Chuck’s daughter, Krista, next to his first wife, Carol. 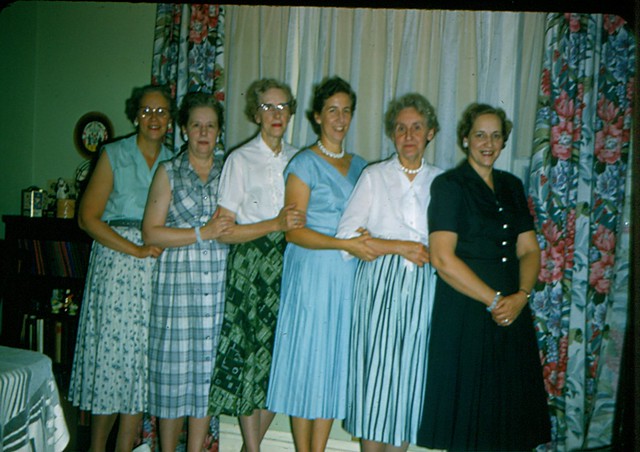 He easily named all of the Anderson sisters, his mom to the far right. 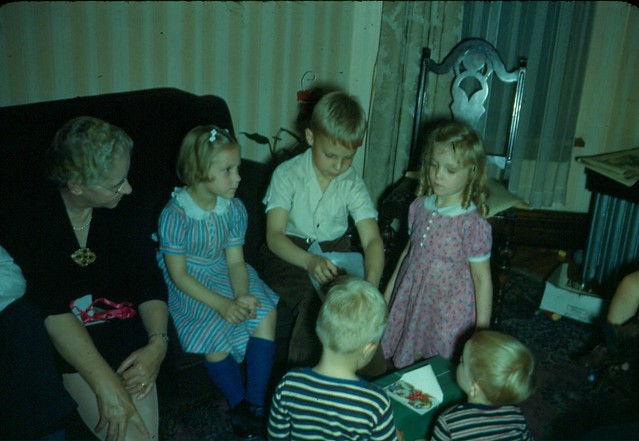 I think that might be Dan, not Chuck, opening a present. But look at Cheryl to the left and Joan’s curls! Don’t you just love to study old pictures, even if you don’t know the people? 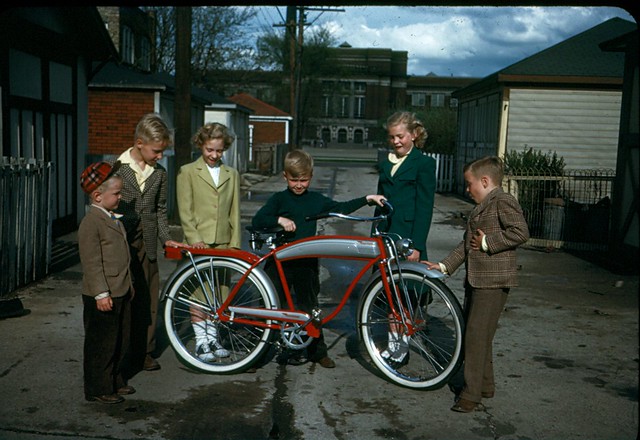 This one cracks me up. Cousin Don and the others hamming it up for Uncle Frank’s camera. Paul so proud of his new bike, though it’s hard to believe he could actually ride a bike that big. 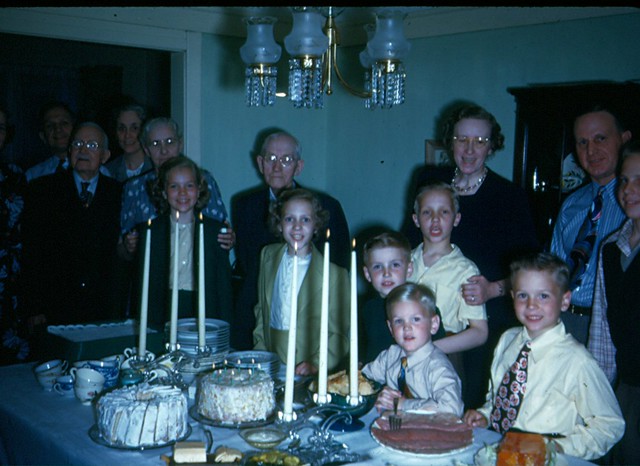 There’s Chuck/Charlie, on the far right, barely seen. And yes, I can name everyone in the picture. 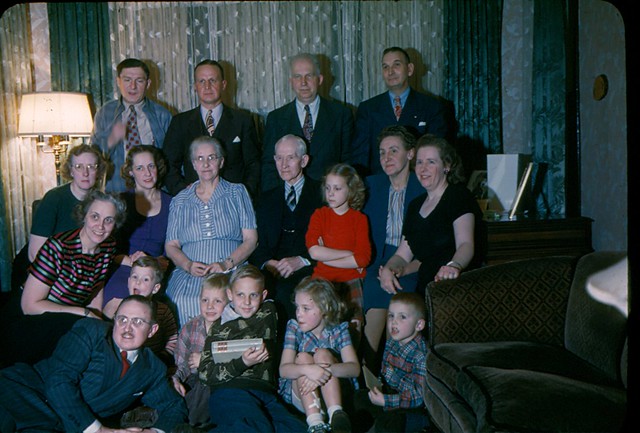 This one too. There’s Chuck down front, with the books. Cheryl in the red. 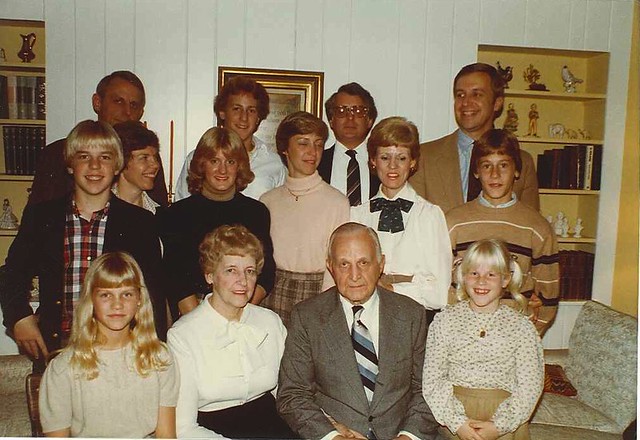 This one more recent than those others but still ancient. By now, maybe you can name some of these dear ones. 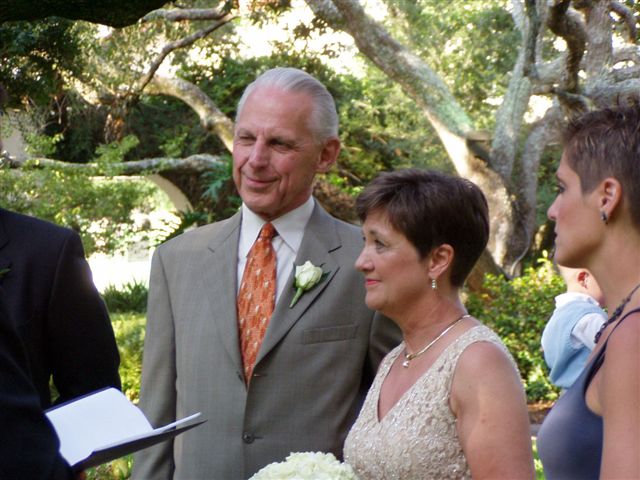 And finally—the day when two became one.

We all left the restaurant wanting more time to catch up. Next time!