Twenty-five — that’s how many years Paul Carlson has lived in heaven. 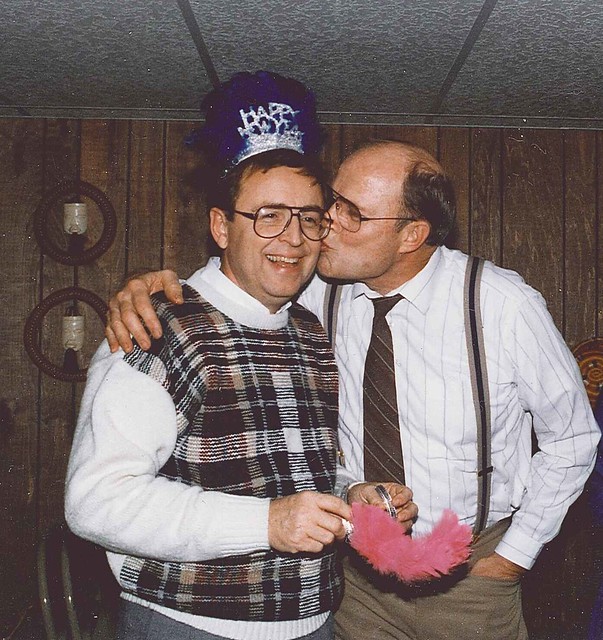 I have at least a thousand pictures of him, from infancy through age 52, but I chose to commemorate this notable day with this one for two reasons. First, because he’s pictured with his dear friend Dick Walker, who joined him on “the other side” two years ago, and second, because of the sweater he’s wearing. 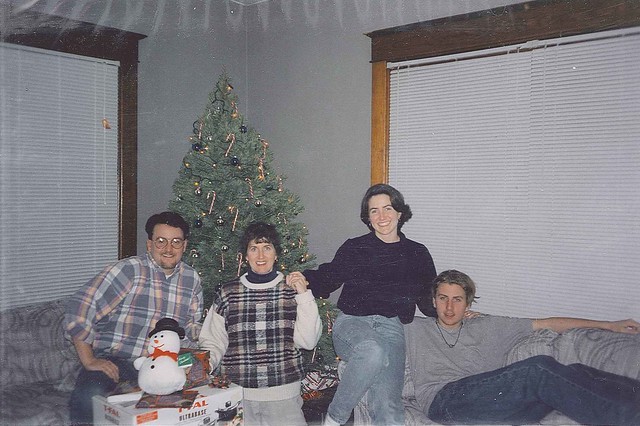 On the Christmas after we lost our family’s patriarch I kept him in our celebration by wearing that sweater. I followed my own advice when I say to others who are finding their way through significant loss: “There’s no wrong way to grieve. Don’t base your process on what you perceive others are thinking.” We were still a family, and by George we were going to smile for the camera just like all the other Christmases when we were five. 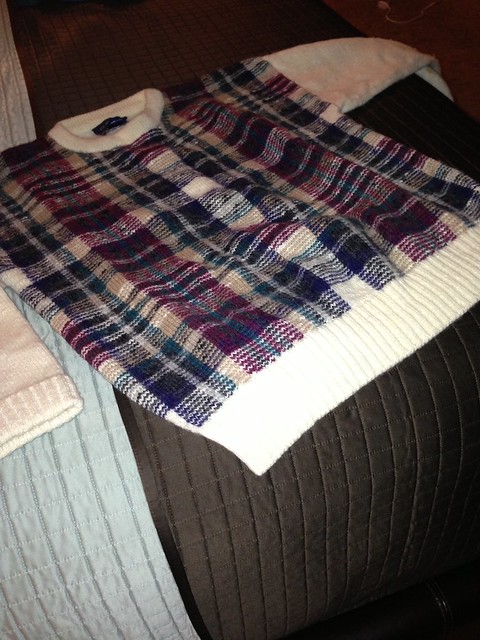 Quinn kept that sweater for 20 years. But when it felt right, she sent this picture with a note — “With a lump in my throat I lovingly added the sweater to the Juarez pile. Dad would have given the sweater off his back when he was alive, it only felt right that it should keep someone warm now rather than stored in a box. On a business trip, Dusty stopped on the side of the road to help a stranded woman, feeling nudged because that’s what Dad would have done. That was his thought process, without having ever met him. Life is a ride, isn’t it?” 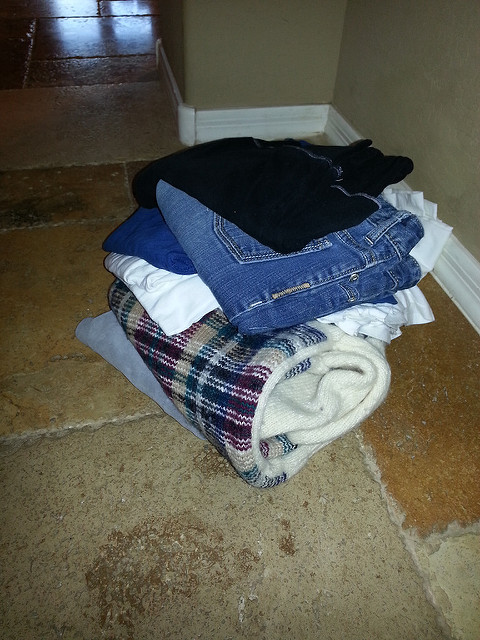 Mauri and I talk easily about our first spouses. So much about us, even now, is a carryover from who we were as married to Margaret-Rose and Paul. Margaret-Rose made Mauri a better person; Paul made me a better person. So we owe them a lot! Keeping their memory alive benefits us and our children. So on days like this, we commemorate Paul’s 52 years of good life — and smile. We keep smiling.