By Thursday my boss, our interim pastor at Newberg Friends, knew he was too sick to preach on Sunday. Normally it would not fall to me to make other arrangements; I’m hired staff and concern myself with what happens in the background. But everyone on committees who plan and expedite what happens in worship were heading out for Spring Break adventures. So I voiced my idea to Mauri for what is commonly called “pulpit supply” then called* two committee members. (*I am a tenacious phone avoider, so when Dave heard my voice on the other end of his line, he know something serious was up.) Go for it, they both said.

And that is how it came to be that my long-time friend Craig MacDonald and his wife, Pam, drove two hours from their home near Eugene on Sunday morning to preach at NFC. Pam and Craig have visited us several times, but this is their first experience being inside the sanctuary of our church. [We get down to their place from time to time.] 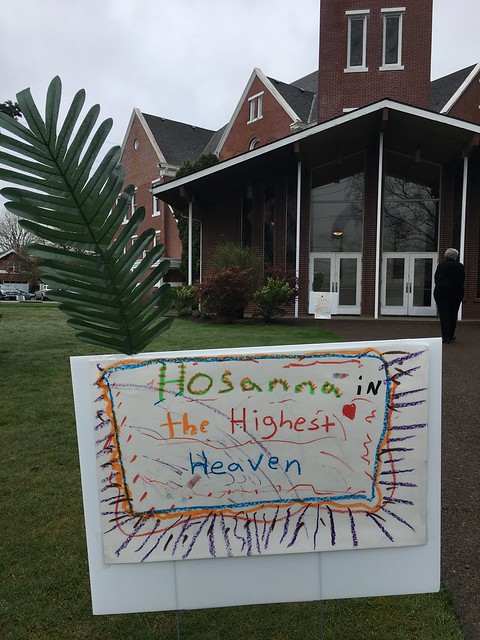 They arrived in time to walk around a bit and to see the Palm Sunday signs made by our children in Godly Play. Craig was quite taken with our old historic building and took some pictures to share with others. Here’s what he wrote about the whole experience. 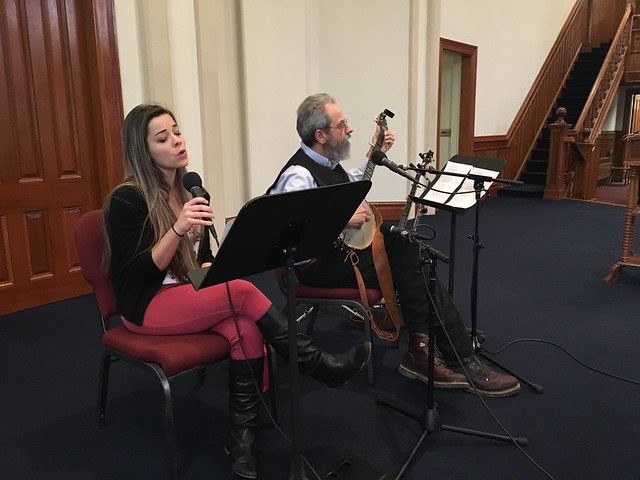 Craig wasn’t the only guest. Bill Jolliff and his daughter Anna led our worship singing. Bill is an English prof at George Fox University but is also a bluegrass musician and songwriter. To give Craig a taste of who would share the platform, I had shopped for a video, finding this (which I keep clicking replay).

I took the picture while they rehearsed, so I could get up nice and close. 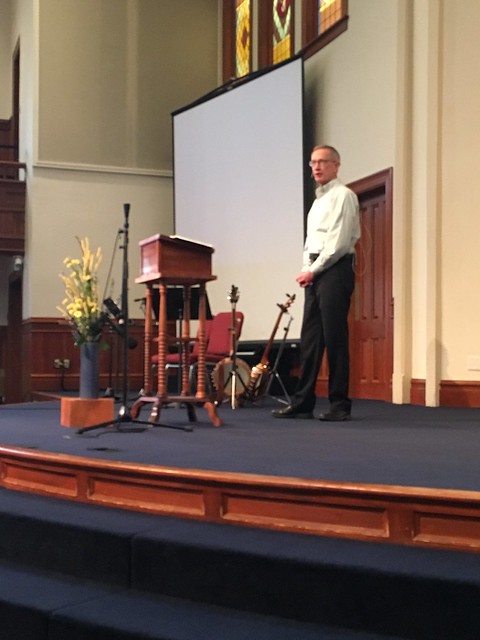 It isn’t my habit to post blurry pictures, but this is the best I could do in the moment, inconspicuously. Craig chose a universal topic: the wages of sin and our only hope for survival from it. It’s been years since I’ve heard him preach, so I was especially glad for his willingness to come.

The podcast isn’t up yet, but when it is, you could listen if you want. Click HERE. 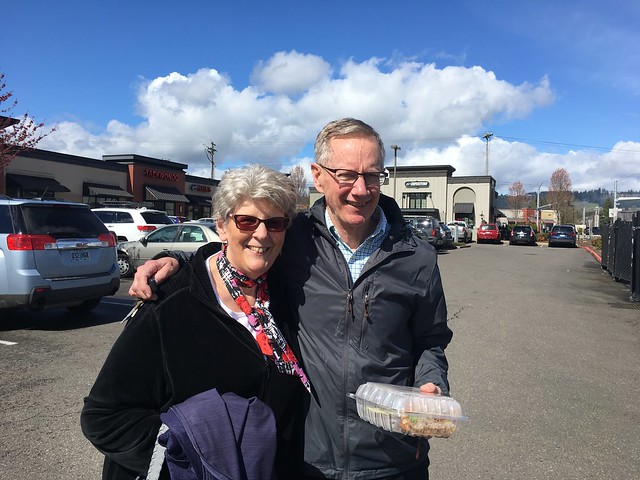 After all was said and done, we enjoyed lunch together then sent our friends on their two-hour ride home.

This entry was posted in in the neighborhood, old friends. Bookmark the permalink.