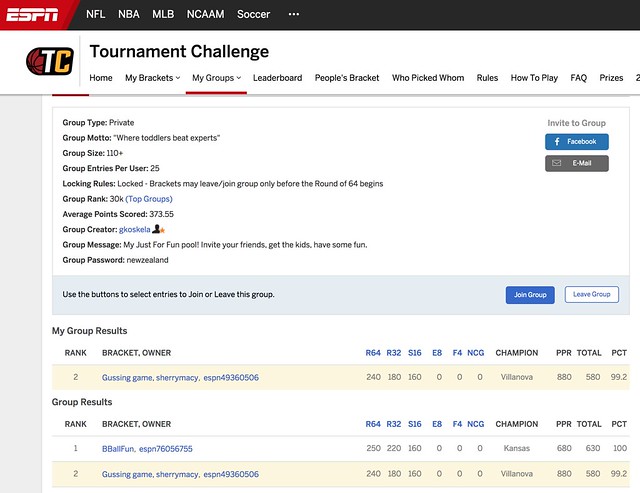 While I can, before it’s too late, I need to share that I am in second place on one of my two ESPN March Madness brackets. We’ll just have to wait and see how long it will hold.

Note my bracket handle: Gussing Game. It really isn’t a typo; it’s a spin-off from my “grandma” name, Gus.

But a Guessing Game it was! Even it I wasn’t making my picks late the night before the deadline (with Mauri’s surgery early the next morning) I couldn’t have made even educated guesses. The end of the occasional Duke game and March Madness represent the sum total of my interest in basketball. But even the most educated fans are still guessing. The equilateral nature of this contest is what attracts me to it.