back to life in the fast lane 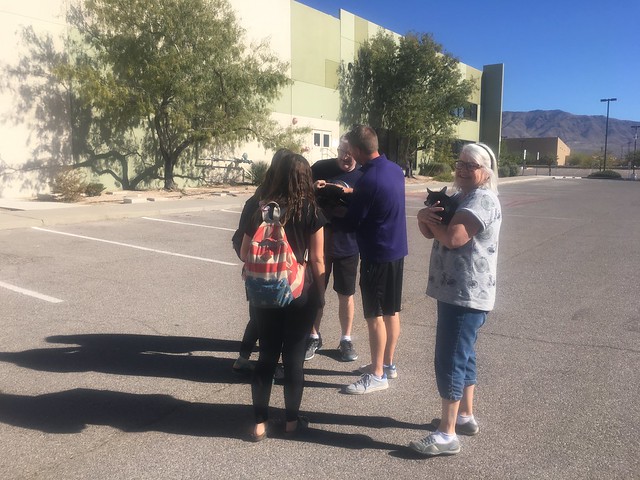 Down in El Paso, we had just crossed the border. Raul and Juan Carlos dropped us off at Harvest Christian Center, where we’d parked our cars several days earlier. Only a few minutes later, a couple from Waco showed up with their two dogs. 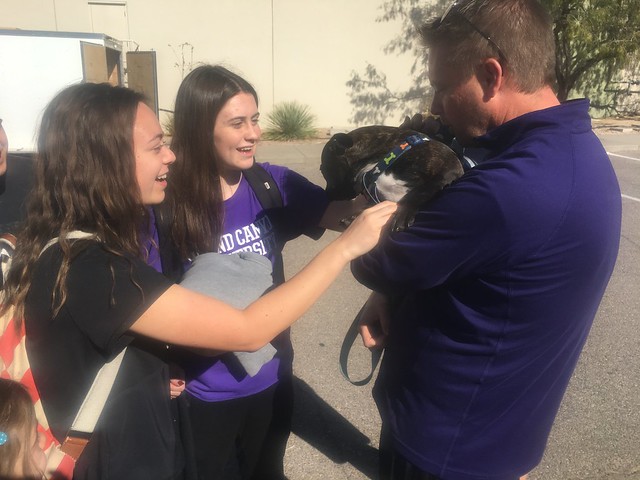 It was the planned rendezvous for the transfer of ownership of “Bear,” the 4-month-old French bulldog that would become part of the Anderson family. 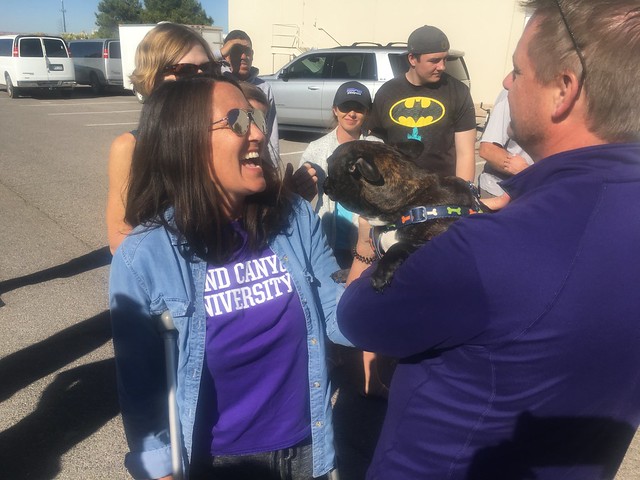 Quinn and Dusty were certain there would not be room in their lives for another dog, but Cassidy convinced them away from that certainty, resulting in a search for just the right pup. 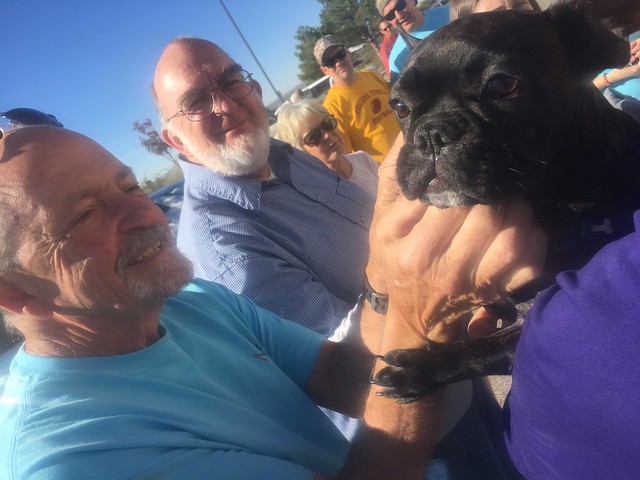 She didn’t seem traumatized by all the new humans surrounding her. 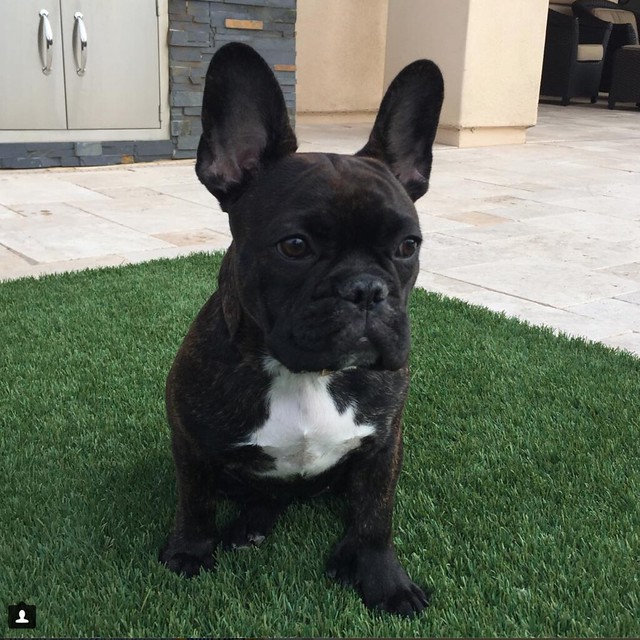 Here’s a good look at “Issy Bear,” who will grow to around twice this size. 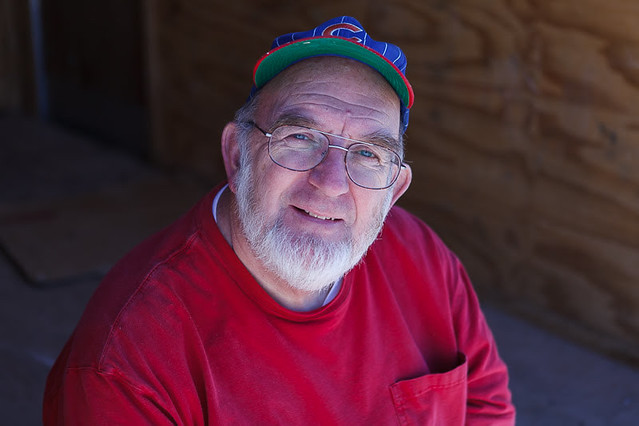 Unrelated, but a pic I needed to share—snapped by John or Erin down on the job site. Mauri in his Cubbies hat. I hold dear several favorite pictures of this man, and this one will join that select few.

Our faraway “kids” have adventured into life in Virginia.

I screenshot this from Facebook. The Carlson family will move from their temporary dwelling at Beth’s parents’ home in Herndon, VA, to their “new” home in the Dominion Valley area of Haymarket, VA, on December 16. The babies will be baptized that same day. Ben is flying there from Michigan to be godfather to one of the girls. 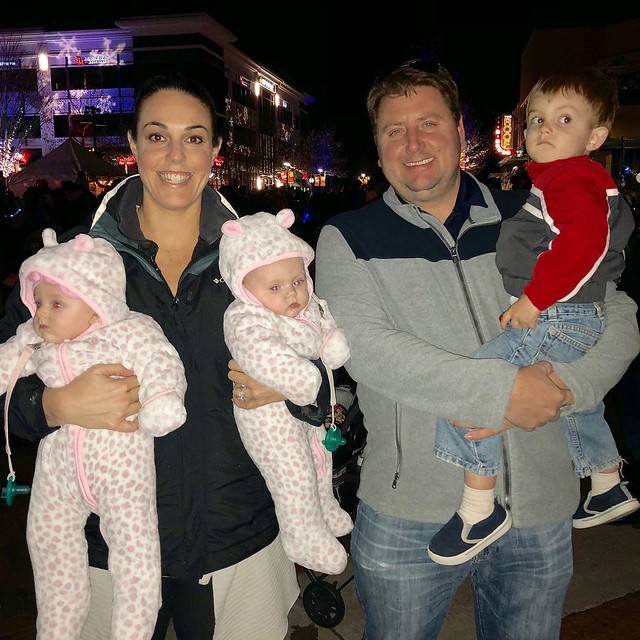 Here’s a rare family photo. I hope Ben can get some good pictures next weekend!

For some reason Taylor was eager to have at least one child with blue eyes. Wish granted! When you fall head over heels for a beautiful woman with brown eyes, it stands to reason your children will likely have the dominant brown eyes. Maybe he hoped for one Swedish trait to carry down the generations.

We’ve enjoyed connections with our local kids/grands this week. Last Sunday we were invited to observe Lincoln’s response to the train set we gave him for his birthday. 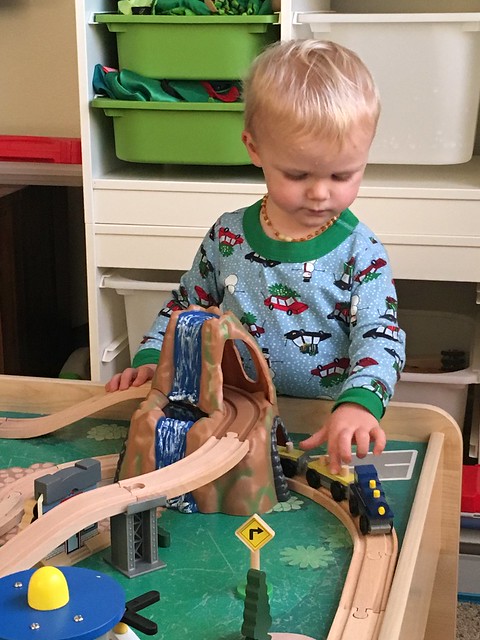 He knew just what to do with it! 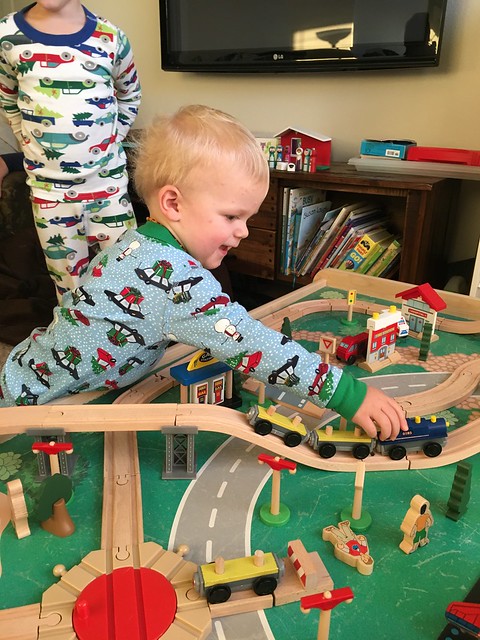 Just look at that face. 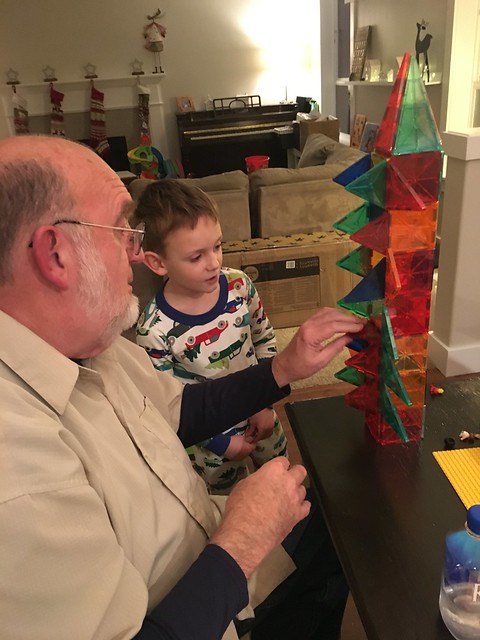 We stuck around for a snack and some more play time——for Mauri! 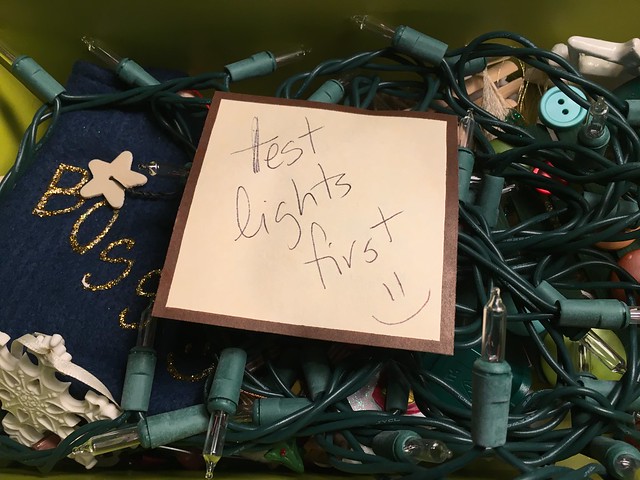 Back at home, we spent the next 45 minutes decorating for Christmas. I realize this is a small investment, but let me tell you our house is stunning dressed with candles (battery operated, come on at dusk, go off at dawn) in all the windows, wreaths on the doors, and our little tree cheering the room where we spend the most time. 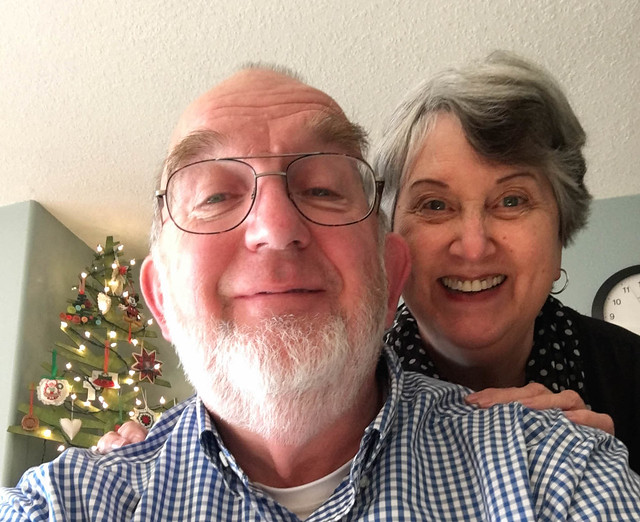 See it there behind us? 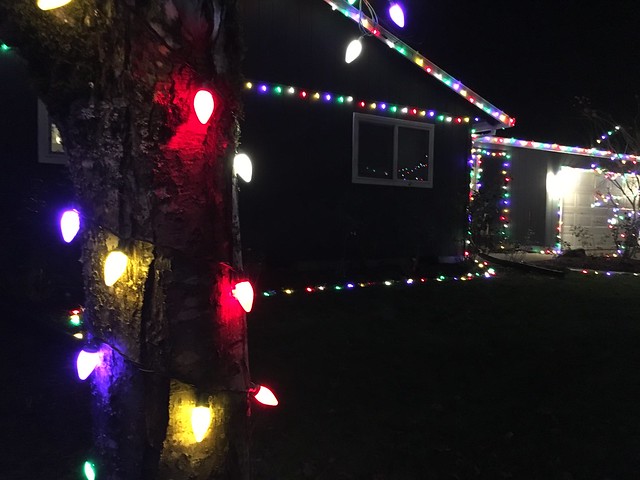 Still——we thought John and Erin’s house was perfectly decked for Christmas too. 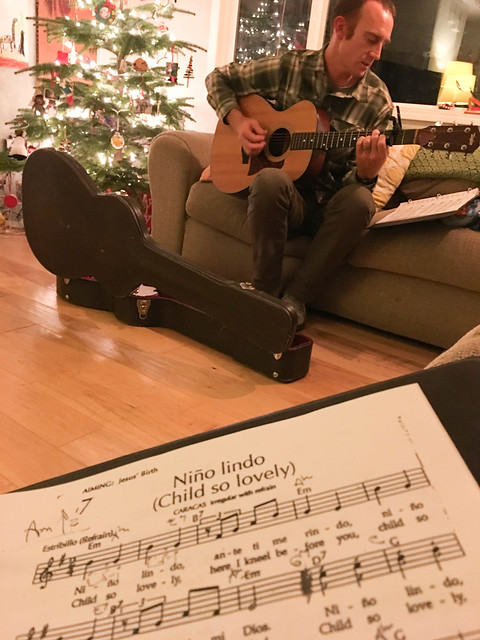 We’d gone over to rehearse with John for tomorrow’s worship at NFC. . . 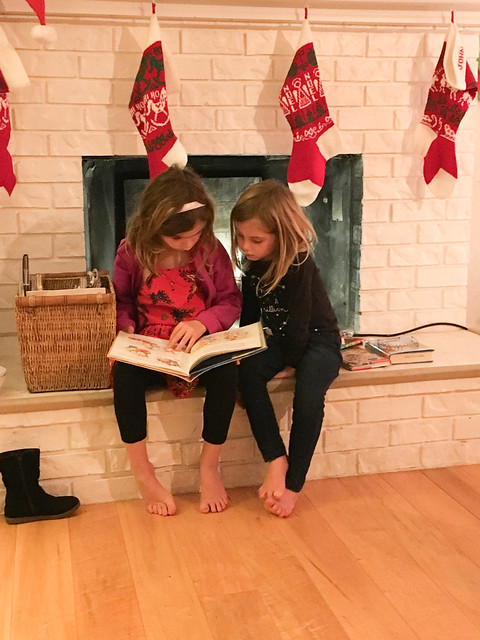 . . . while the girls entertained themselves. 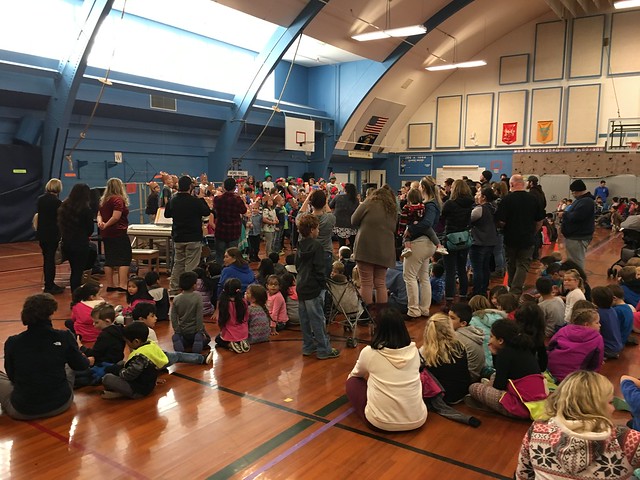 Earlier in the day we’d walked a few blocks to Sage’s school to hear her class’s Christmas program. Parents were invited to come forward to take pictures. We didn’t have the best view of our singer, but after the songs, we heard Sage’s name called to receive her class’s award for being the most grateful. 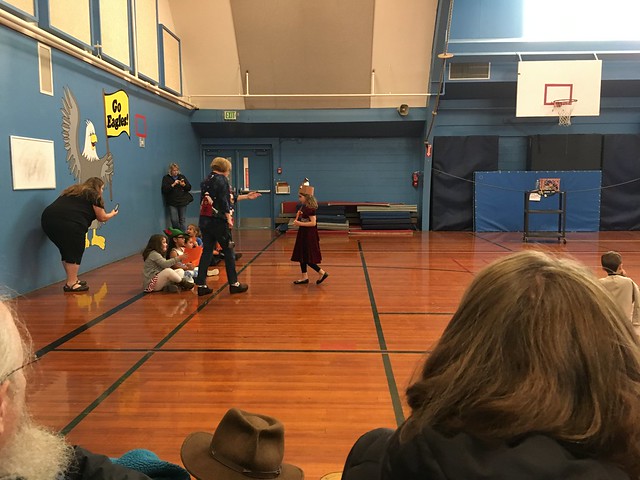 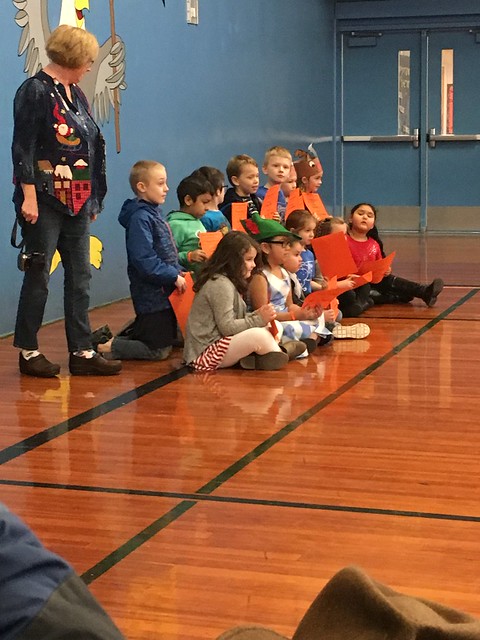 We participated in the “silent cheer”——waving both hands in the air (silently, as opposed to clapping). The silence was broken by uproarious laughter when the principal got “pied” during his closing speech.

1 Response to back to life in the fast lane