and the beat goes on

I’ve opened a file on my desktop and named it “This Week.” I drop photos depicting the “this and that” of my days into the folder, wondering which if any of the pics will make it into a blog post. Let’s have a look! 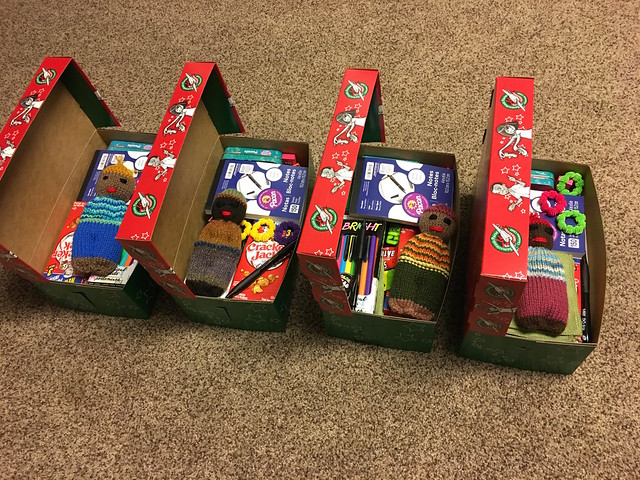 Several Sundays ago I actually stood in front of our congregation and TALKED! I’ve sung for people in front of church since my parents stood me on the front pew of First Baptist Church in Wheaton, but talking to a group is a totally other matter! Still, I sucked up my fears and told folks about my sister, who has been filling shoeboxes for Operation Christmas Child for 19 years. One year she filled 50, other years not fewer than 20. I finished my inspirational speech with “See you at the Dollar Store!” 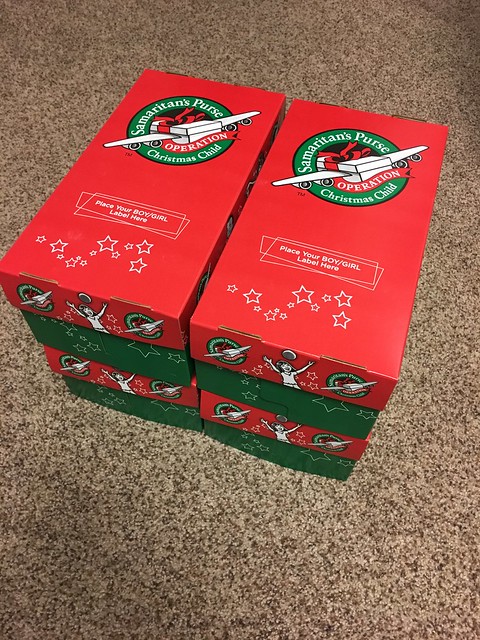 So I went to the Dollar Store to finish off our shopping for these four boxes. Nowhere close to my sister’s annual goal, but we sure had fun doing it. 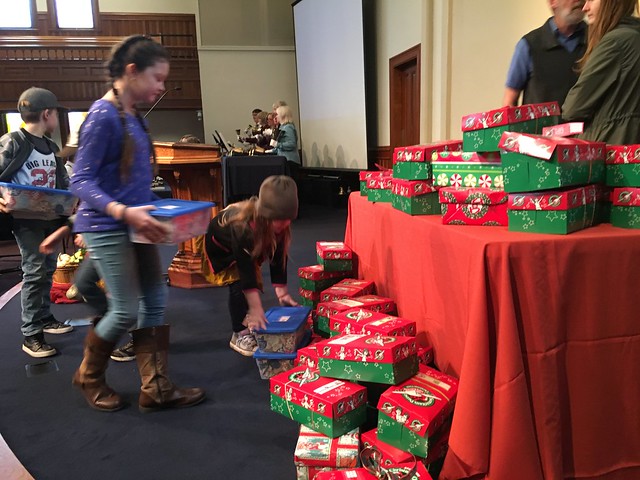 Today was collection day! You can see we weren’t the only ones who had some fun. What a huge blessing to be part of this worldwide ministry to children. There are collection locations near you, and it isn’t too late to pack a box or two yourself! 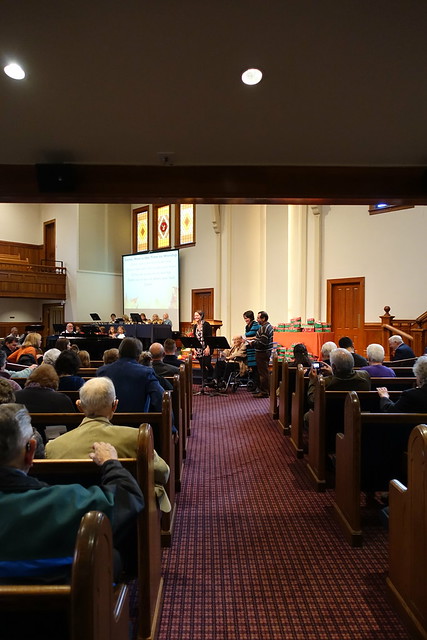 We had an unusual morning at NFC because our Hispanic congregation joined us. Combined leadership led opening song, which we sang in English and then in Spanish. If you look closely you’ll see Bob Gilmore in the wheelchair. Bob and his wife, Maurine, and their kids were part of the beginnings of the Hispanic church 35 years ago, so it seemed only fitting he should join in this way. Bob still has a clear tenor voice; I wish you could hear. 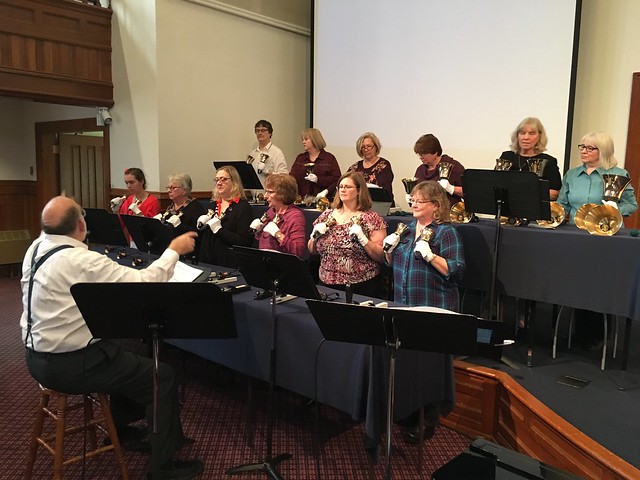 The handbells played and the men’s quartet led the other songs. The/A Spanish professor from the local university, George Fox, attends our church, so he interpreted the whole sermon. 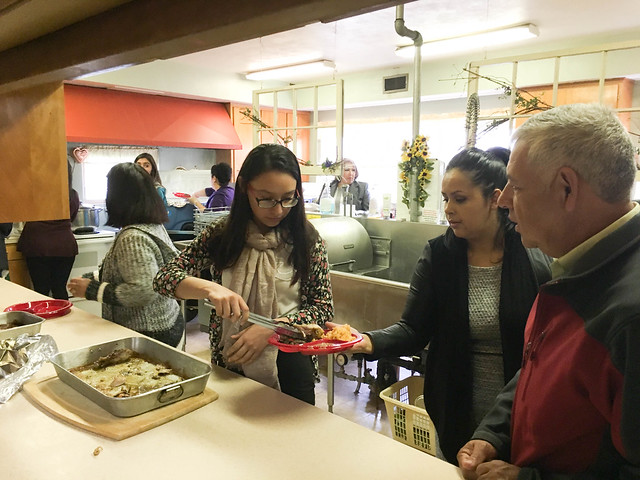 After the service most of us walked across the street to Friends Center, where the Hispanic cooks put on a feast for both congregations, filling the room with the sounds of community. 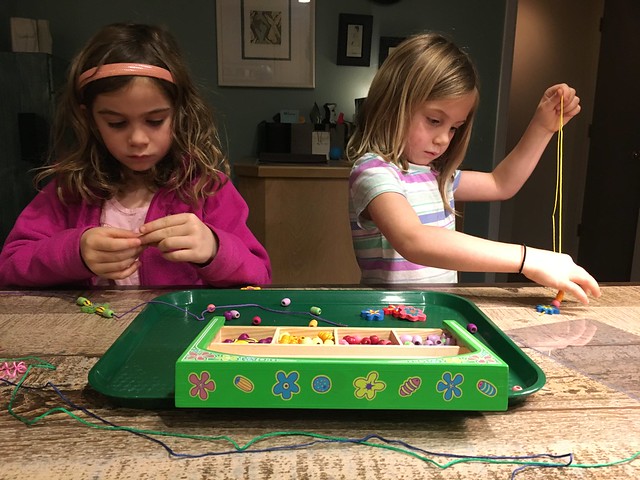 Back up the clock to Friday afternoon when we became temporary custodians of these two granddaughters for 24 hours while their parents enjoyed a getaway. 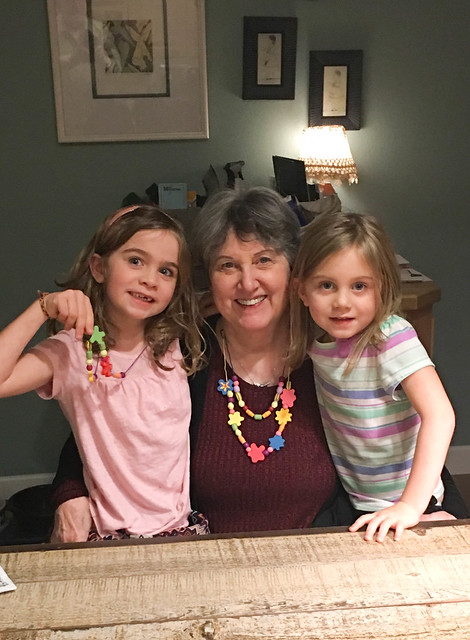 They gifted their Gus and Gum with lovely necklaces. We made potholders, too, built marble tracks with Gum, and watched “Sing.” 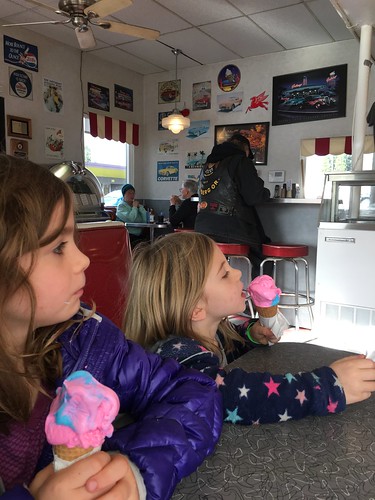 And of course ate ice cream. That’s what kids do with their grandparents, right?

At the designated time we dropped the girls off with their cousins (and aunt and uncle) as custodians for the remaining getaway. We had a good time and hope they did too. 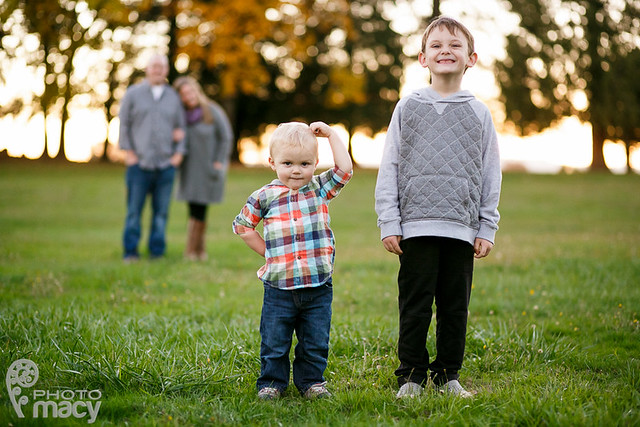 I can’t not show you a few shots from a photoshoot by PhotoMacy of the Pete Macy family. 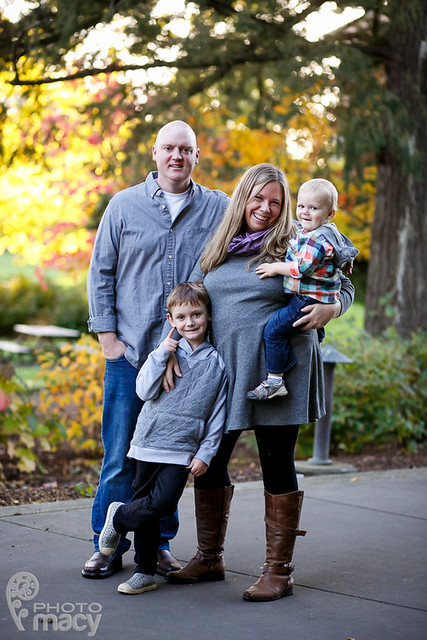 See more HERE! The little dude, Lincoln, isn’t even two yet (but soon).

If you had only five letters on your Scrabble tray, and they lined up just like this, wouldn’t you think it was a sign of something in your future? 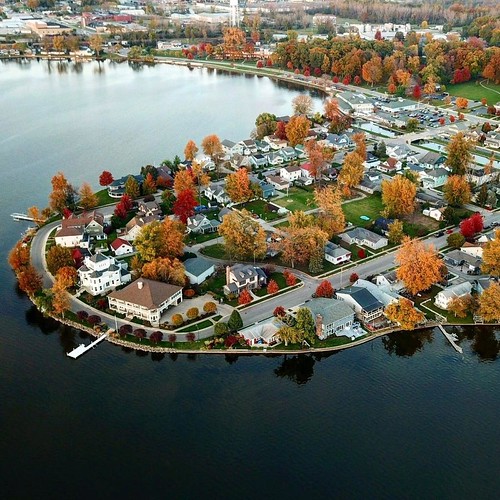 A cousin posted this on Facebook and I was completely drawn back in time. It’s an island separated from mainland Winona Lake, Indiana, by a narrow canal. I could tell story after story of things that happened in my long-ago past up through my recent past. The cousin who posted the picture lives along the water of this island. She and her family can look out their window to see the spot where my sister and I are seen in this picture: 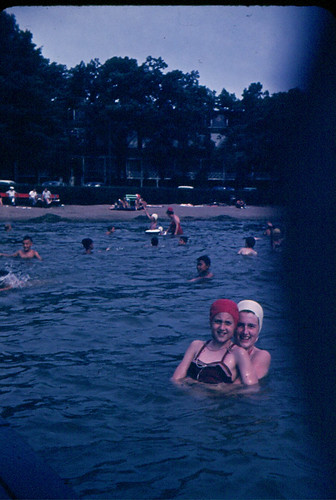 We are who we were!

Believe it or not, I didn’t share everything in my “This Week” folder. But I can’t leave out this one more thing. 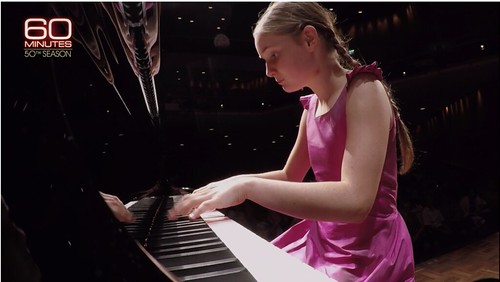 Do yourself a favor and watch this short story about Alma Deutscher. It will renew your faith in the future. (Thanks, Craig!)

This entry was posted in family matters, grandkids, in the neighborhood. Bookmark the permalink.