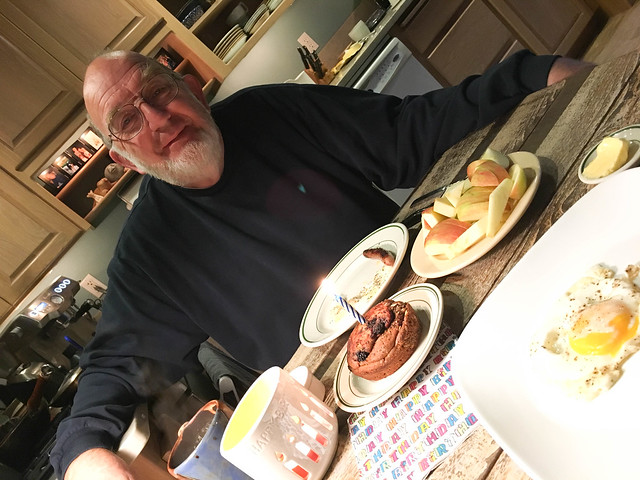 The day started like this for Mauri on the 71st anniversary of his birth. He did the cooking, of course. I provided the ambiance. He would have a rehearsal in the evening, so any other celebrating would happen between 1 and 5 p.m.

“What would you like to do?” He didn’t have a good thought so early in the day.

By mid-morning an idea had sprung to mind, and he acted right away to set it up. 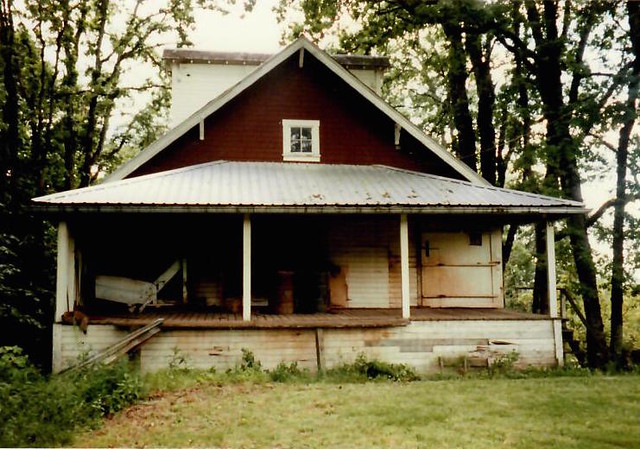 Sometime in the early ’90s, Mauri stopped along Schaad Road to take pictures of a nut dryer he’d been eyeing as he often rode his bike across the ribboned gravel roads of Parrett Mountain . 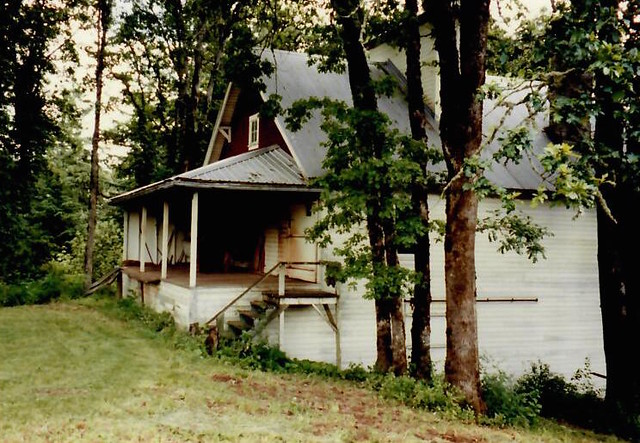 His interest grew every time he passed as he wondered if it would ever be for sale (he asked, it wasn’t) to convert to a home. He had a vision for what it could become!

Linsey recently closed the deal, making Russ and Jess the new owners. Between the time of Mauri’s interest and this new transaction, the nut dryer had been owned and moderately renovated by a winery as storage space.

Our close association with Russ and Jess through church and their design and remodel business (and through the work Russ did on our cookin’ room, giving us the “pullouts” we still exclaim over) opened the door for Mauri to text Russ to ask “Can we come up to see the inside?” 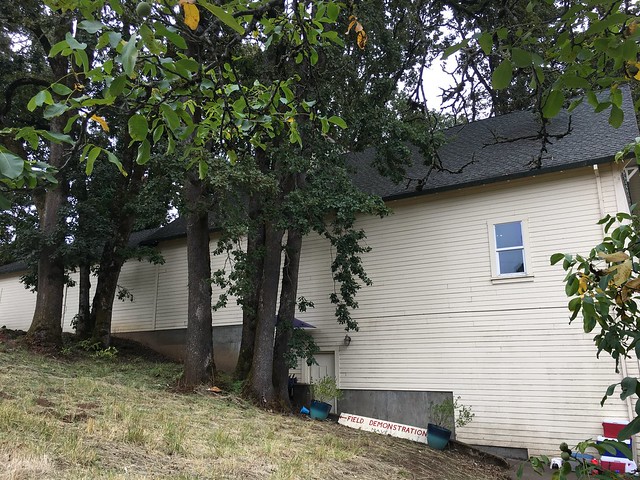 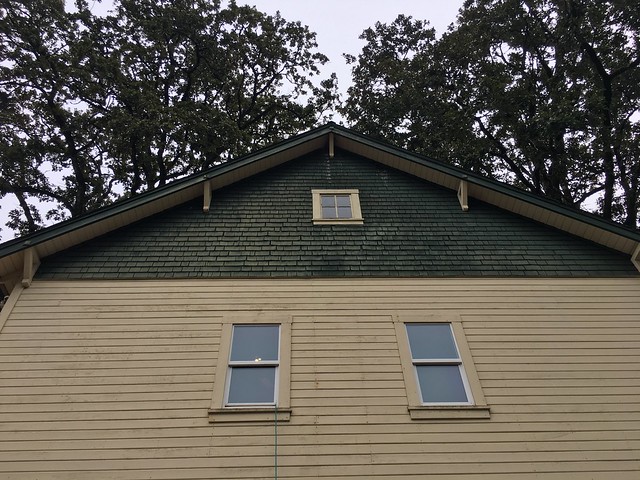 The doc put me in a walking boot a week ago, allowing me to clomp around the property and inside too. 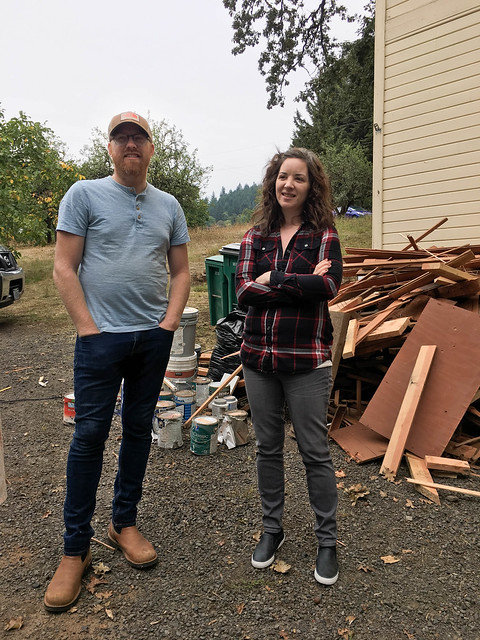 These two have four young children, so they’re living an adventure in temporary carved-out living quarters while the renovation work is done. 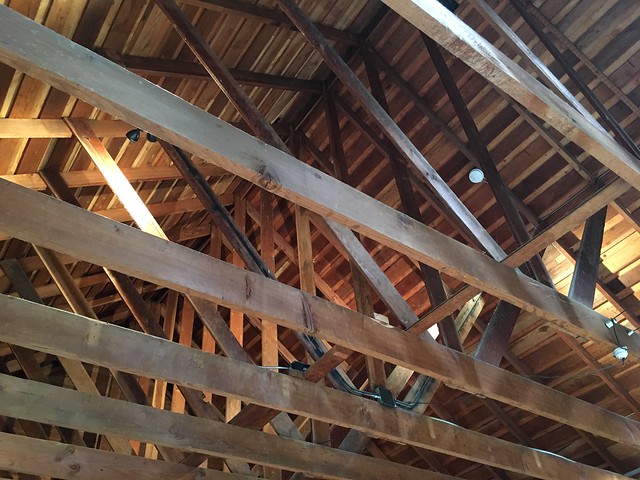 Mauri was in heaven, but I might not have noticed, being in a heaven of my own just looking up at this open ceiling, those long beams, smelling the wood. 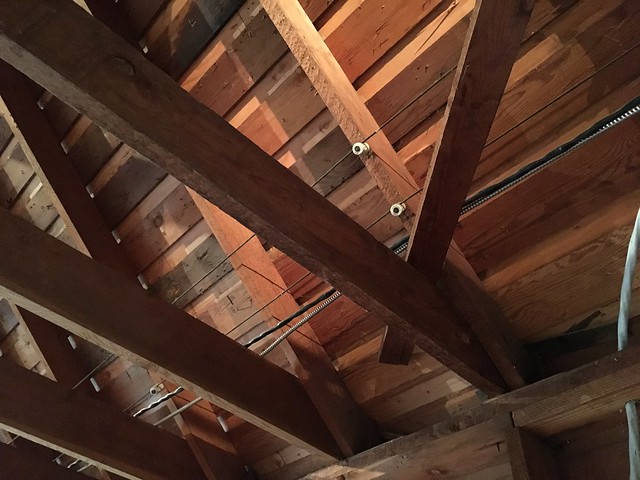 They’re going to put insulation above what we can see so they can keep as much of the original detail as possible just as it is. 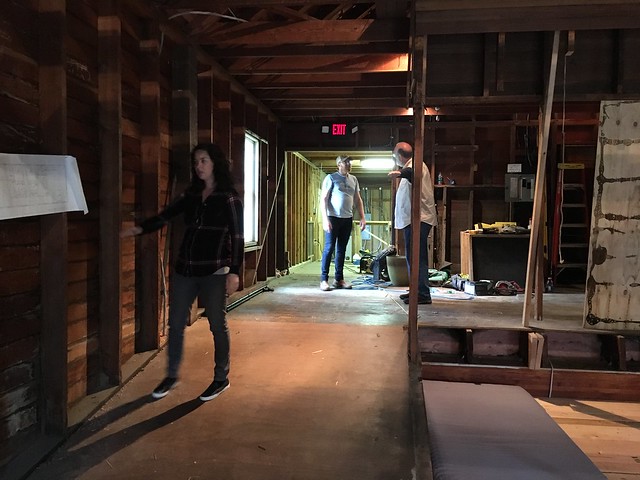 My pictures severely limit the whole project, but you can get a sense for how much history hangs under all those beams. 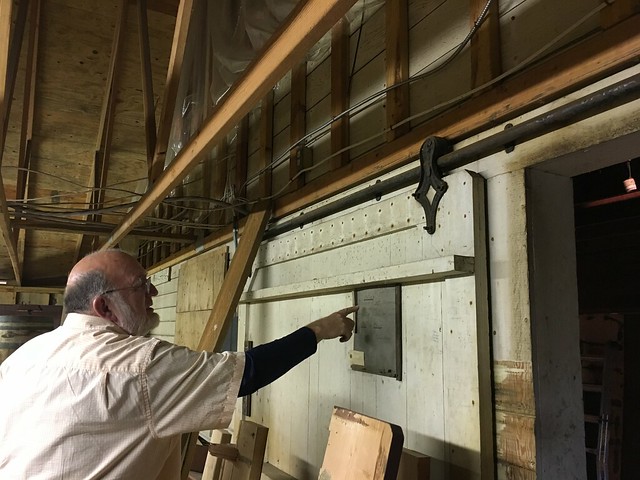 Yes, of course they’re going to use that barn door, a style now made famous on Fixer Upper. Mauri is pointing to . . . 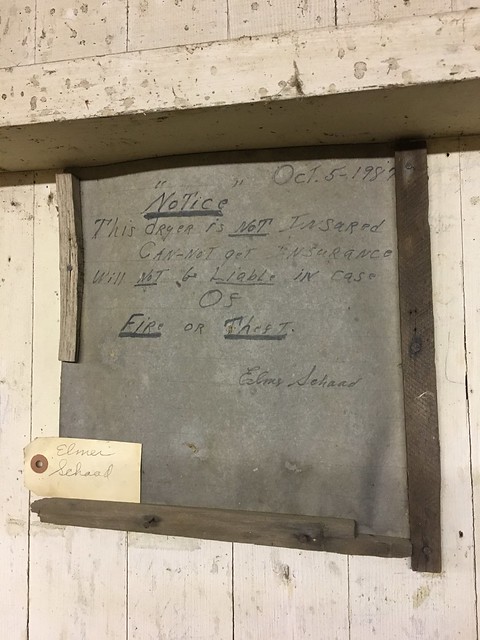 . . . this. He has known the Schaad family at least as long as that message was written there. A big advantage of living in one place so much of one’s life.

Russ and Jess have hired a professional photographer to capture all the stages of their project, start to finish. But I couldn’t resist grabbing these few pics to share with you.

By the end of the day, Mauri still hadn’t stopped talking about his big birthday highlight. We are so excited for our friends to design and accomplish this renovation of a lifetime. I hope it will tie them to Newberg for many years to come.

This entry was posted in family matters, in the neighborhood, nostalgia. Bookmark the permalink.