Two years ago the family gathered to celebrate Bailey’s graduation from high school, then launched him to Dordt College in Iowa. He finds it a good fit, and he plans to stay for  his last two years, spending spring term 2018 in Spain!

And we’ve just returned from being part of the family gathering to celebrate Marissa’s graduation from Gilbert Christian. I’m sure you’ll discount what I’m about to say, since I’m her grandmother (Gus), but a finer young woman heading to college you will never meet. If you need a bit of backup for that accolade, I give you: 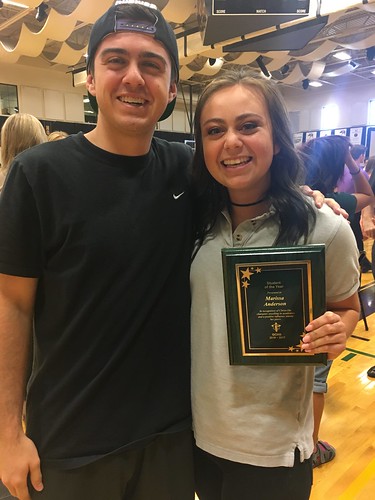 Bailey was on hand to witness Marissa’s acceptance of the Student of the Year award, something he himself earned at Gilbert Christian High his senior year. 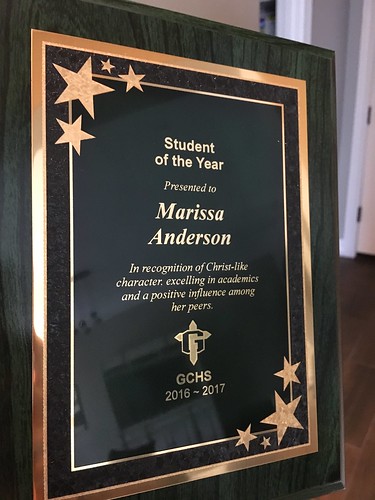 There, you can see one of the many advantages of sending your kids to Christian school. 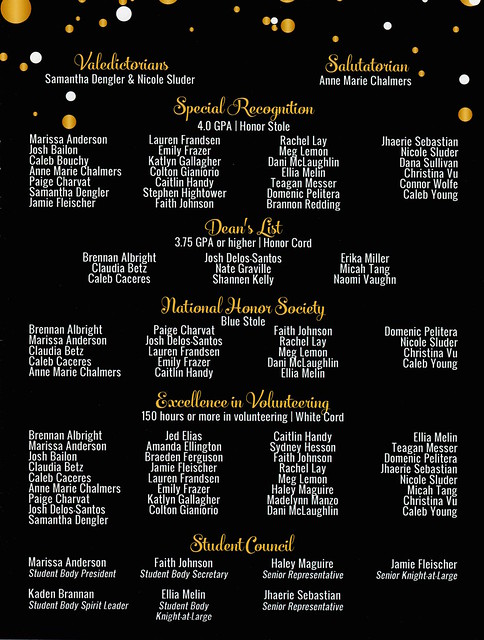 Here you can see she is a 4.0 GPA honor student who served as student body president, was part of the National Honor Society, and volunteered more than 150 hours. 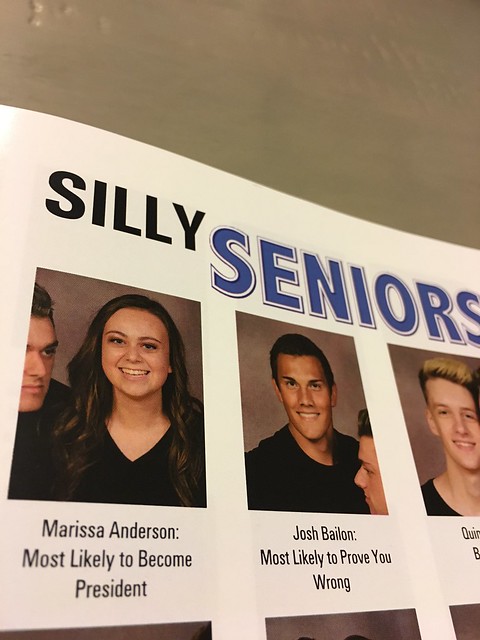 Oh, and if you can bear more bragging—will most likely to become President! 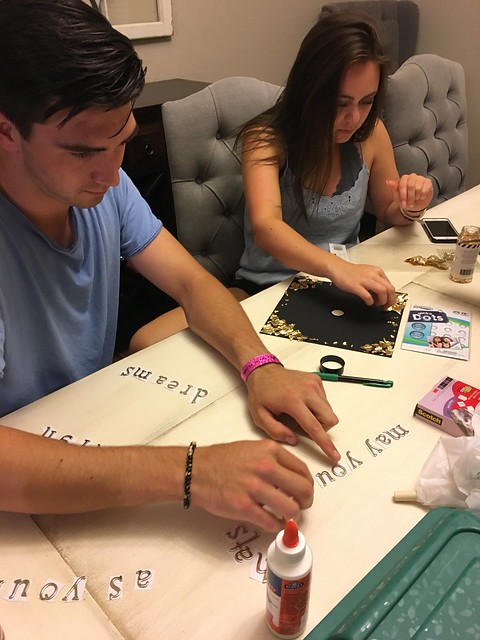 Kaden took time from his own prep for graduation to help Marissa decorate her cap. 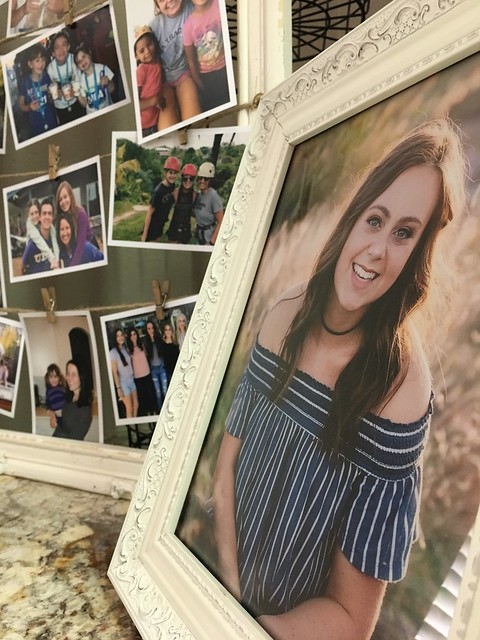 Her open house happened before we arrived, so we enjoyed looking over some of the items on her table. 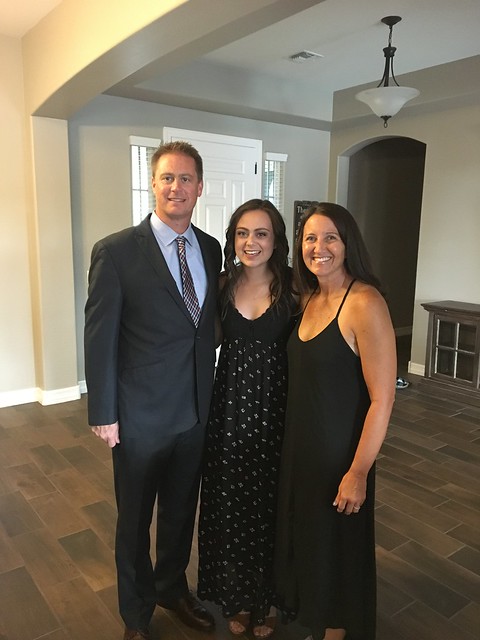 Justifiably proud parents head for baccalaureate with their senior. 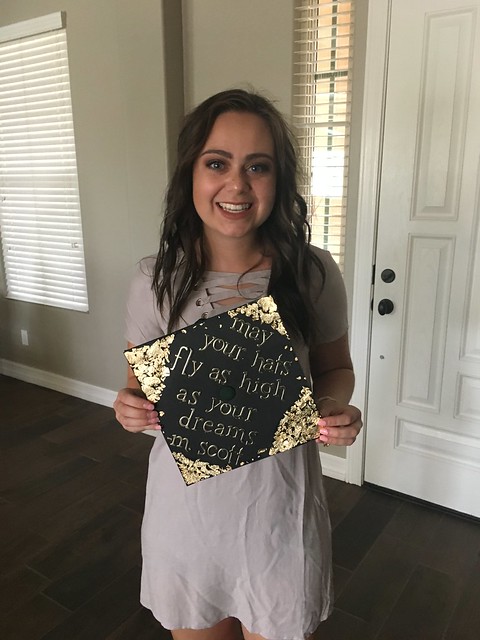 The next night, heading toward graduation, we see the result of Kaden and Marissa’s labors. 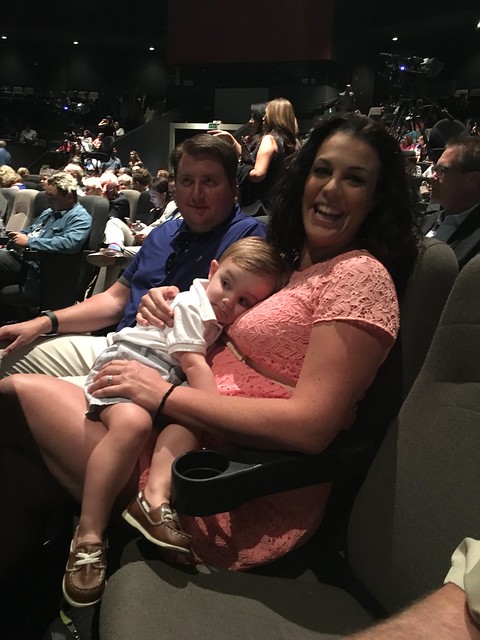 The Carlson family waits for the festivities to begin. 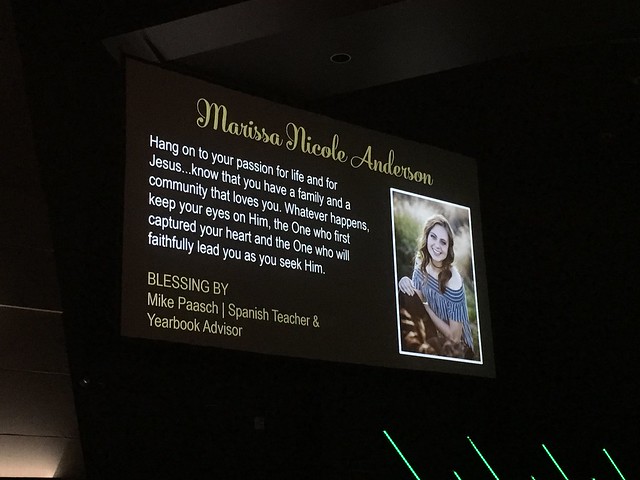 Marissa’s Spanish prof, Mike Paasch, spoke these words of blessing the night before at baccalaureate. Mike (and his wife, Lynne) has been part of our Thanksgiving house builds in Juarez, so it’s cool we have this extra connection with him.

I didn’t take a lot of pictures of the ceremony, but I have to say the main speaker gave the best, spot-on graduation speech I’ve ever heard. 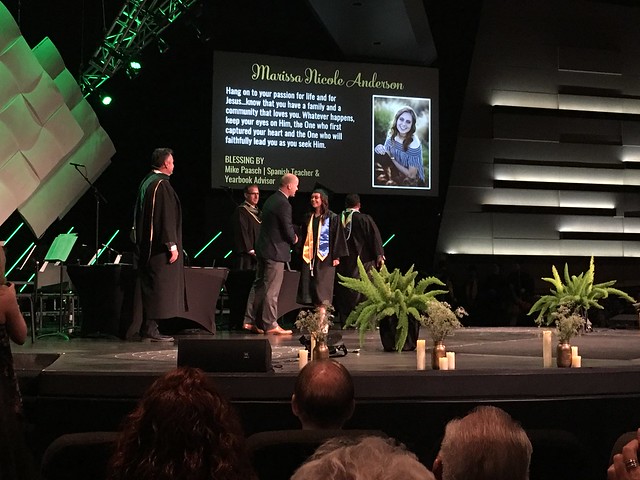 Our Riss was second in line, so we had our cameras ready. 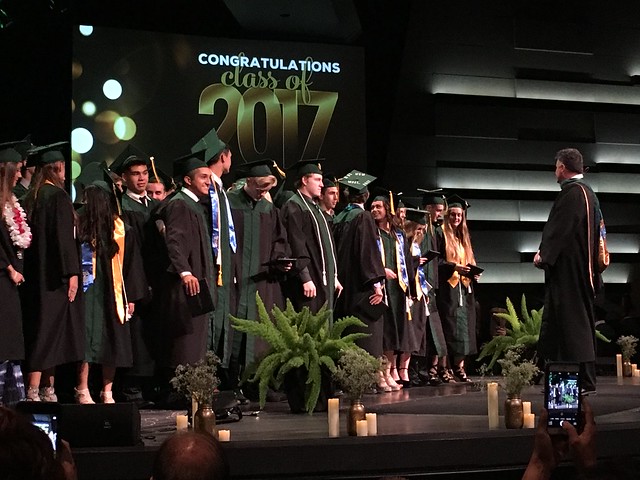 And after the whole class had officially graduated, they gathered on stage for the pronouncement and the hat toss. Can you pick out Marissa on the front row? She’s turning to smile at Kaden, right behind. 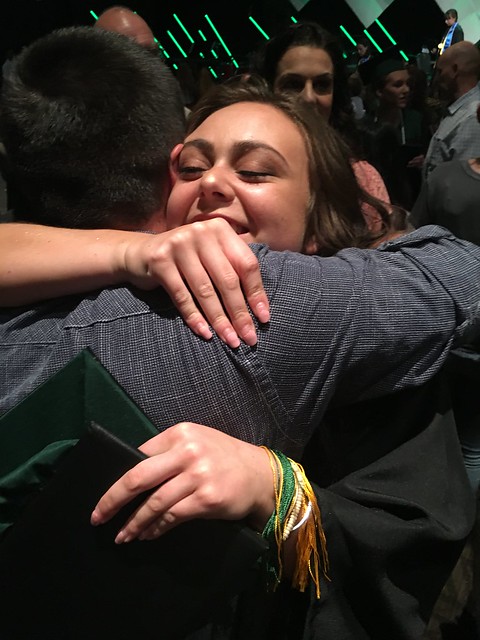 Cramped quarters and poor lighting left me with only a few shareworthy photos. But I love this brother/sister moment. 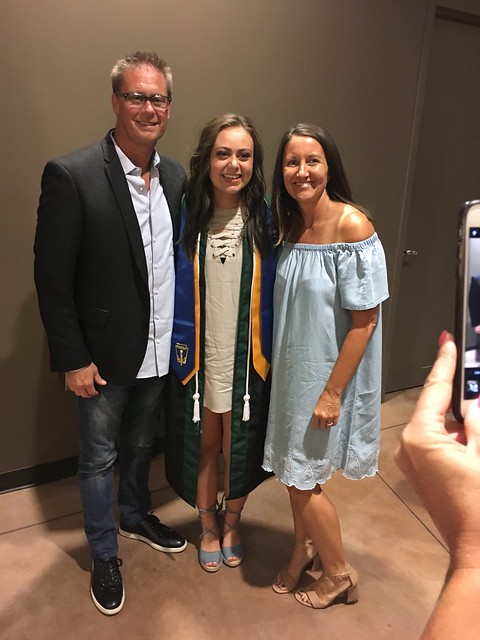 Again with the parents. 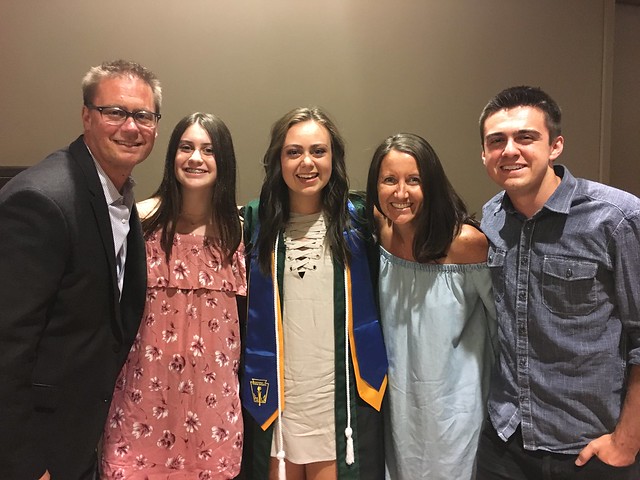 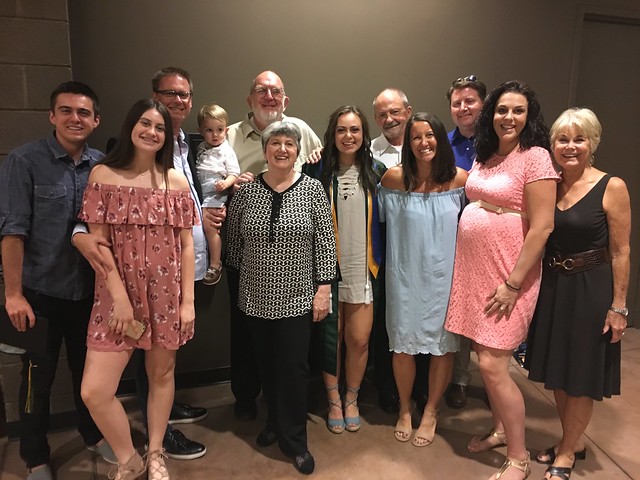 And everybody else! (Yes, you notice one of us is carrying twins, due in only two months!) 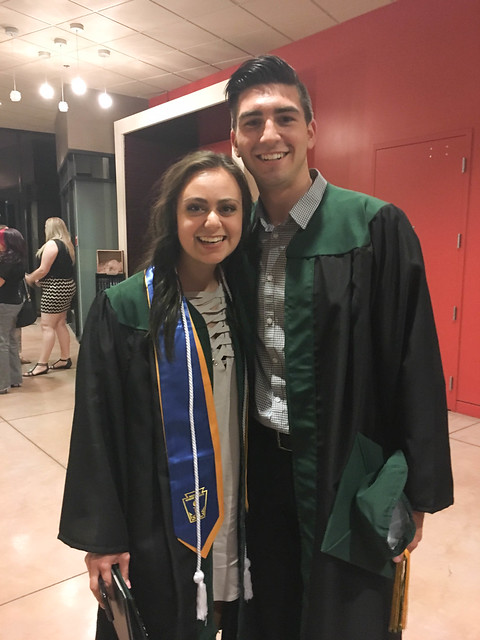 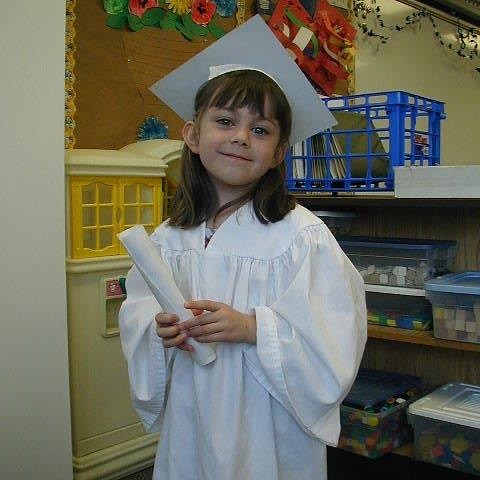 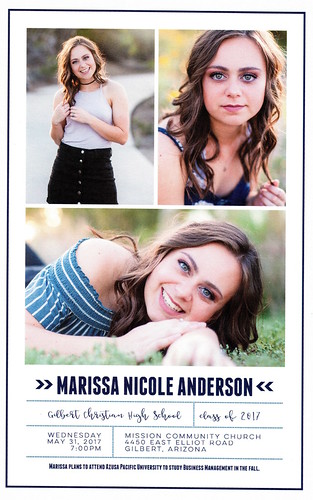 One correction of the small print at the bottom. Between printing and the graduation, Marissa decided to attend Grand Canyon University in Phoenix to study business administration. She’ll live in the dorm and enjoy her graduation gift of “AMY” (a family car named for its license). Incidentally, Kaden will also attend GCU. Hmmmmm. 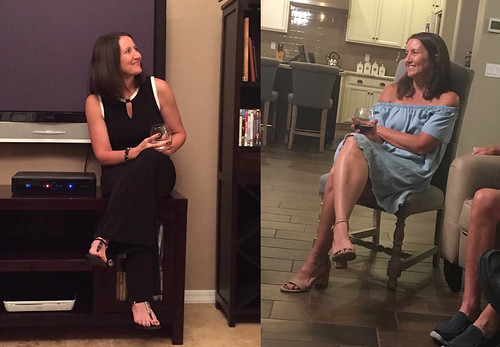 The Andersons left the same day we flew home to spend a few days in Puerto Peñasco, MX, to finish out the celebration. Congratulations, Marissa!