My friend Donna posted a link on Facebook about her aunt Margaret that caught my amazed interest. It was one of those small-world moments when about 20 years ago Donna mentioned her familial connection to the Ken Taylor family. I befriended Donna through my casual freelance work with Barclay Press.

I quickly found the time to watch the video about Margaret Taylor’s 100th birthday. So much of it carried me back to my Wheaton childhood. I remember my first day of kindergarten when Martha Taylor, my age, was skipped to first grade because she already knew how to read. I remember my mother’s response when she noticed Margaret Taylor’s ill-fitting clothes, indicating yet another Taylor on the way. I remember my high school years when my favorite Taylor, Pete, a year younger, waited for me at the end of our driveway to walk the rest of the way to the bus stop together. We flirted with romance but never seriously. Still, I loved him and left snacks on his windowsill when his heart developed something scary that prevented him from attending school. Around that same time I was asked to proofread galleys for a new book, The Living Letters, by Ken Taylor, which eventually became The Living Bible. 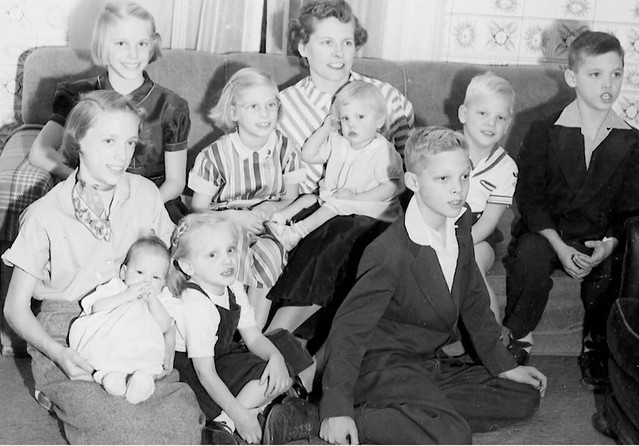 There were eventually ten Taylor children (that’s Pete on the far right, Martha on top left) and part of my mother’s judgment of the parents was how intimately she knew their lacking resources to support “as many as God chooses to give us.” 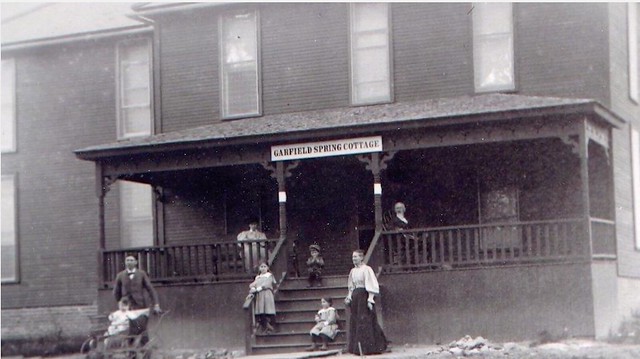 I could have advised the researchers on their story facts because I know this is not the hotel in Winona Lake where the Taylor family lived while Ken commuted to Moody every week. Yes, it was called the Garfield, by my goodness, that picture is way off. 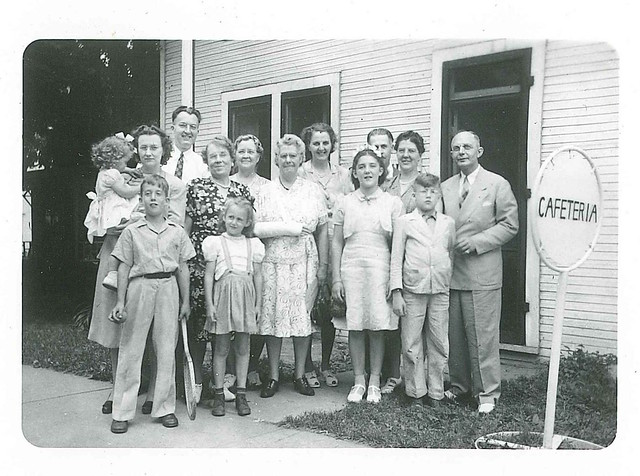 This is actually the Garfield Hotel, and I know because my dad owned it back in the day. He took pity on the Taylor family’s situation and allowed them to live in four unheated rooms, rent free for eight months. (That’s me on the left, in my mother’s arms.) I took pity on Margaret’s plight when the video story described her under the hotel dealing with a water leak when she was nearly full term, but I also felt defensive for my dad, whose good nature and desire to help out makes him sound like an irresponsible landlord. It’s OK; he’s enjoying his reward as we speak. But at the time, he was back in Wheaton, searching for a house for the Taylors to buy in Wheaton with no money down. 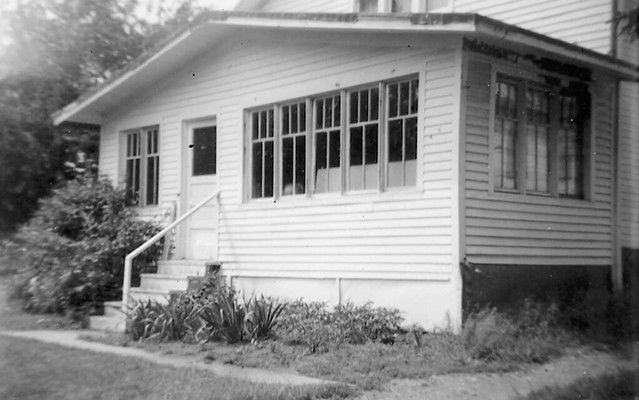 The video does not credit my dad with finding this tiny home just down the street from ours, which is how/why I became an adjunct part of the story. 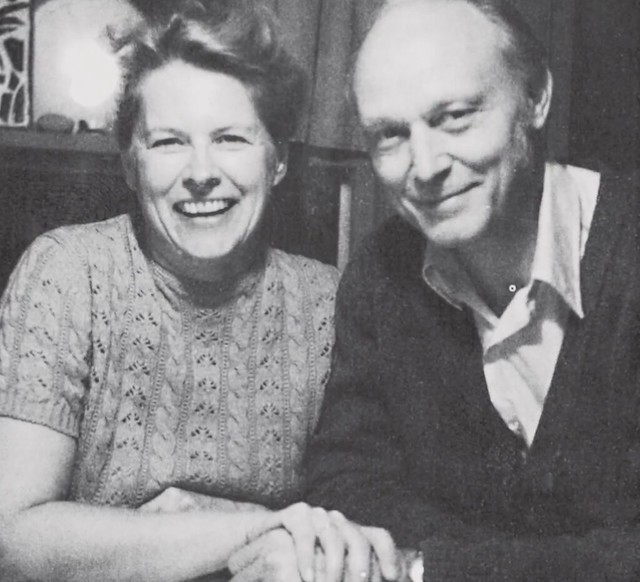 In fact, in his autobiography Ken credits another Realtor for locating the property. 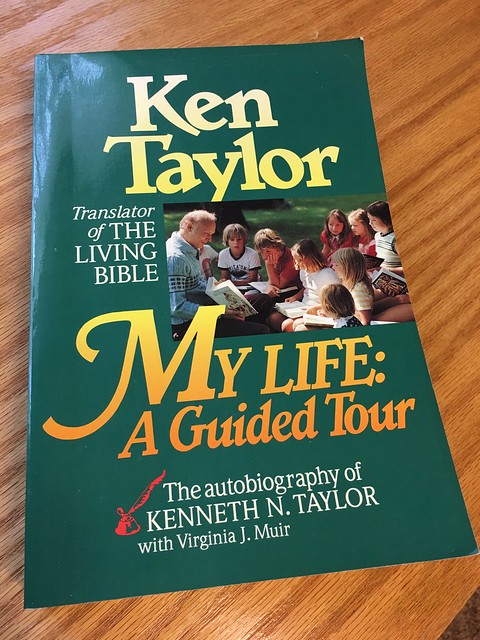 I guess we’ll just let Ken and Carl duke it out on the other side of the pearly gates. It’s for sure I’m not going to fret over that minutia. 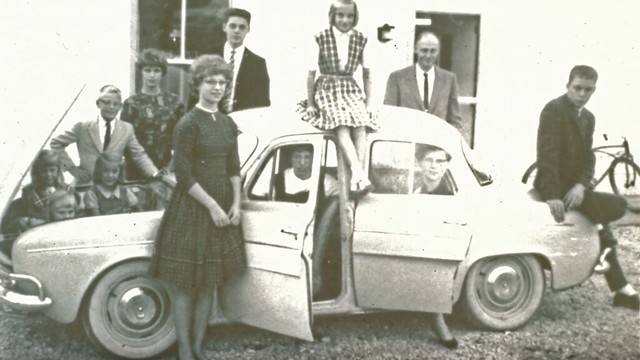 I’m happy to hold on to my own memories of this accomplished family (and this car). 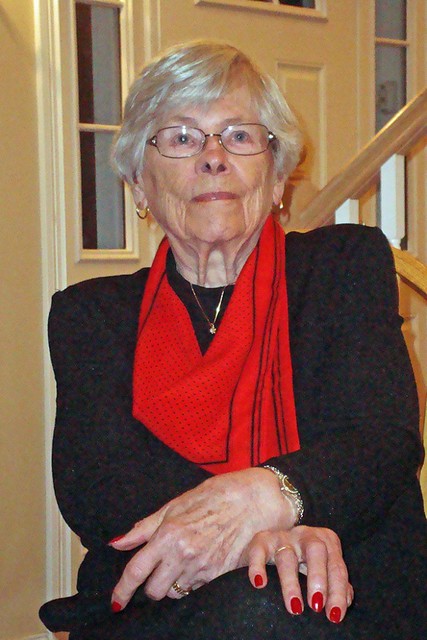