I couple years ago I posted a picture of my aunt Esther, taking a selfie long before the practice grew popular. At the time I had only that one picture. 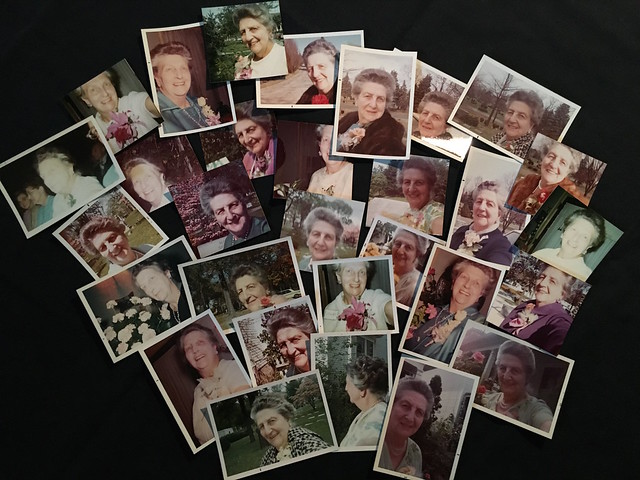 Cousin HK recently sent me a large box of family pictures, most from Aunt Esther’s vast archives. As I sorted through the collection, a large series surfaced. It appears Aunt Esther, who lived alone after my grandma died, had to rely on her long arm to record her life on film.

I have to admit I think it’s pretty cool.