It illustrates Quinn’s level of care for her mama that she would spend extra mileage points to fly to Grand Rapids through Chicago (rather than Dallas/Ft Worth) so she could meet my connection there and fly the last leg of our travels in the seat behind mine. You know what “they” say about best laid plans. The cool part was we had equal delays and ended up arriving after midnight, within 15 minutes of the other, long enough for her to get the rental car and pull around to pick me up at the curb. I tell ‘ya!

Taylor had arrived the night before and started having fun without us. I guess seeing the new Star Wars movie in IMAX 3D with Ben allowed them to pass the time. Uh huh.

Not that the purpose for our trip to Grand Rapids was fun. We were there to attend a memorial service the following morning for Dick Walker, who died the day after I published that little story about him. The two-hour service moved fast as person after person stood at the pulpit of the church to share how Dick and Shirley Walker had impacted their lives and/or that of the organization/ministry they represented. No one had to stretch for accolades. I especially appreciated hearing from seven of Dick’s 12 grandchildren, from the oldest to the youngest, Drew, age 11, who read a poem he wrote for his Grampie. 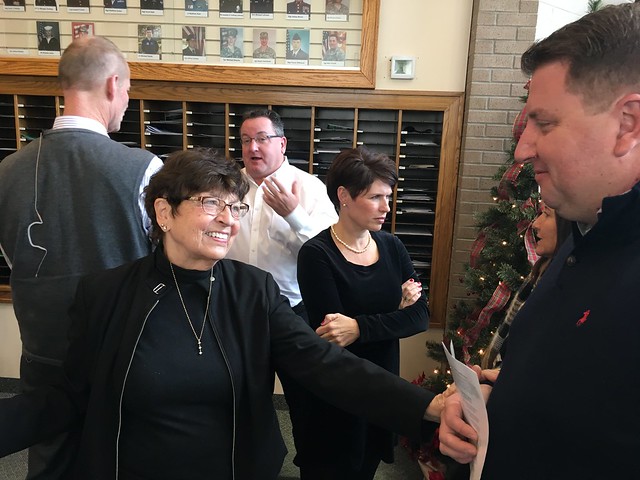 After the service we had a chance to talk with the Walker family. I sheepishly snapped a few pictures with my phone, trying hard to respect the nature of the event. 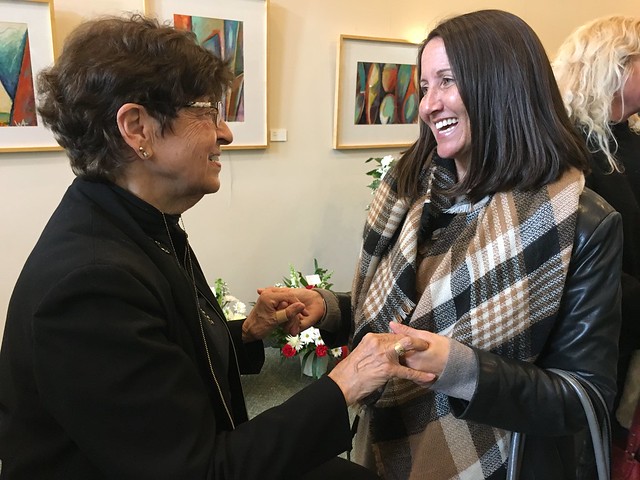 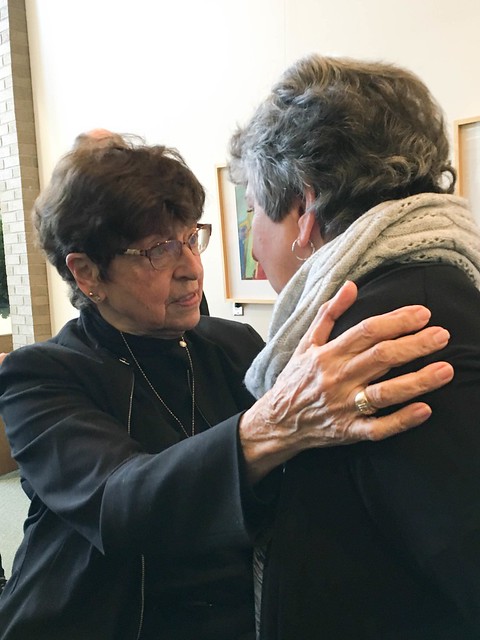 Like you’re the only person in the room, like she has all the time in the world for you. 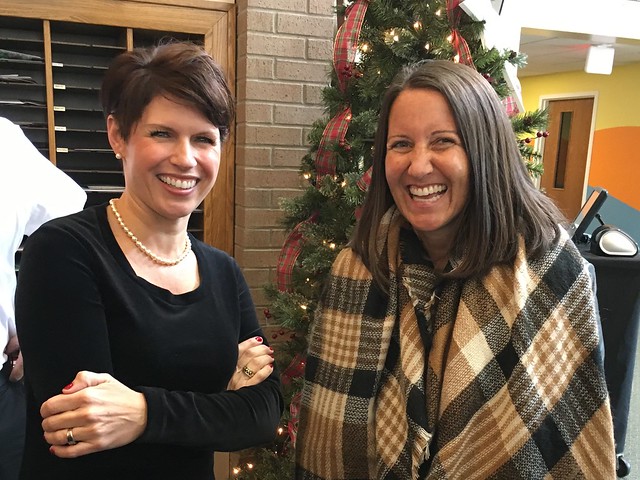 Youngest daughter Amy still has a lot in common with Quinn.

Yes, you notice they’ve grown up since they became neighbors 32 years ago. 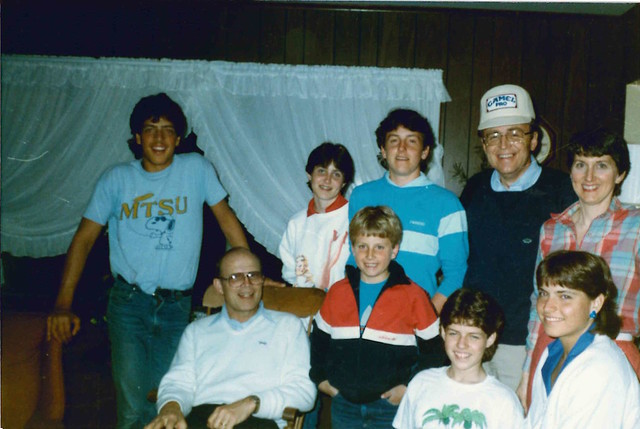 While I’m dragging up old times, here’s one of the many times the Walkers had us over to their house. Sadly, I can’t think of even one occasion we reciprocated. Not even for popcorn! 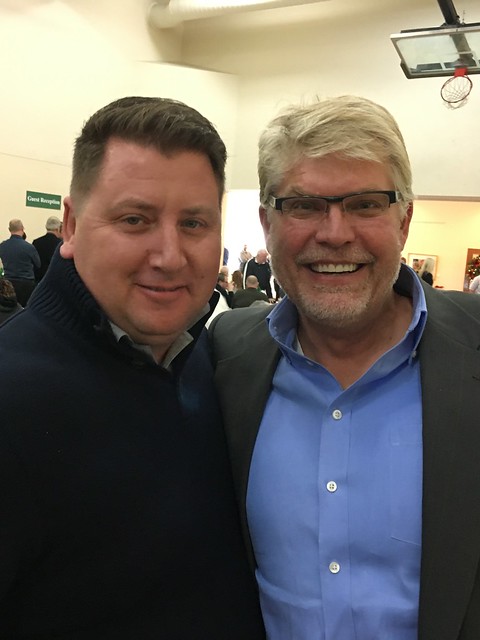 Taylor got to reconnect with Scott Rolff, his youth pastor from those days. Did you see THIS?

We talked to many, many others who still hold warm places in our hearts. Yet it was especially wonderful to have short conversations with each of the Walker “kids” and their spouses and express our sadness for their great loss. Their dad has left a gigantic hole in their lives because he was so actively involved in each one. Every family event or celebration will hold an element of sadness. You’ve no doubt experienced this yourself, as have I.

This entry was posted in family matters, nostalgia, old friends. Bookmark the permalink.