Cancer has raised its ugly head yet again in someone I love. My friends Dick and Shirley Walker have both waged war against it in one way or another. I learned a few days ago that Dick’s cancer has returned in no uncertain terms, and the impending loss stings.

The Walker family of seven and the Carlson family of five had shared not only a next-door-neighborly friendship but a close personal friendship. The ten-year gap between their age and mine gave them the maturity edge that also made them mentors to me. I still had much to learn about love and life when we moved to Wyoming, Michigan, in 1984. 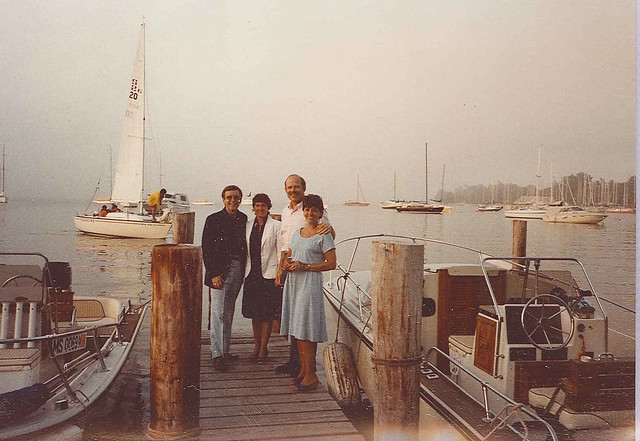 That first year we celebrated our mutual June 18 anniversaries together.

I was always in awe of the energy Dick and Shirley put into being good parents to their five children. They were a team, intentional in their values, involved, and committed all the way down to the youngest. That never diminished as their kids chose spouses and grew families of their own. As a long-distance grandpa to their first grandson, Dick would coo into the phone, “Gra—ndpa, Wa—lker.” They have stayed involved with their grandkids, organizing “Cousins Camp” every year, Shirley arranging excursions with her daughters, and all that has continued through the years since.

I need a nap just thinking about the high curve they set for the rest of us mortals. 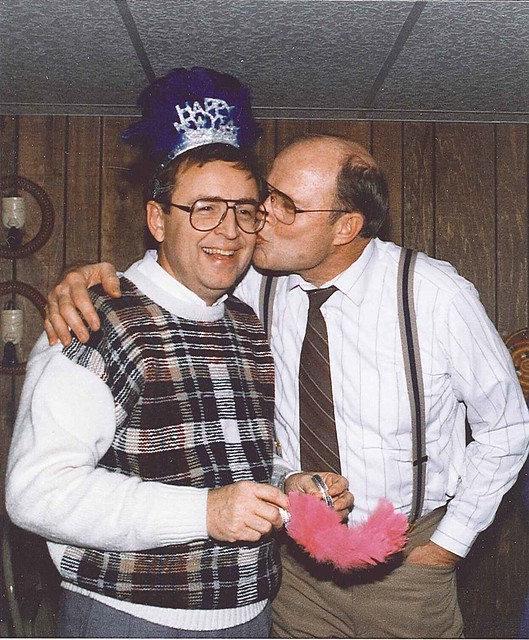 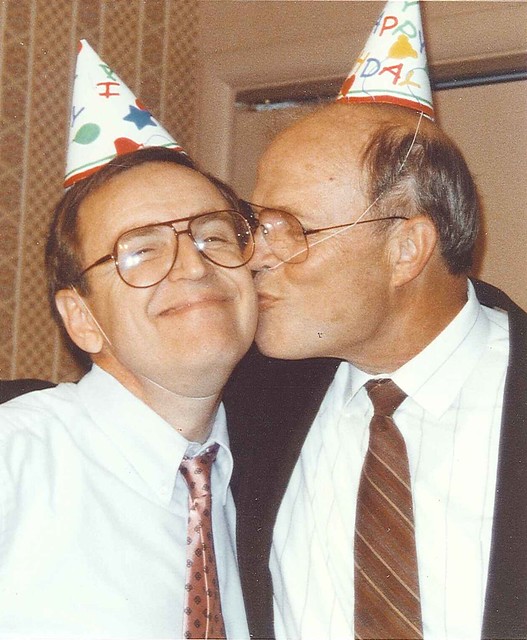 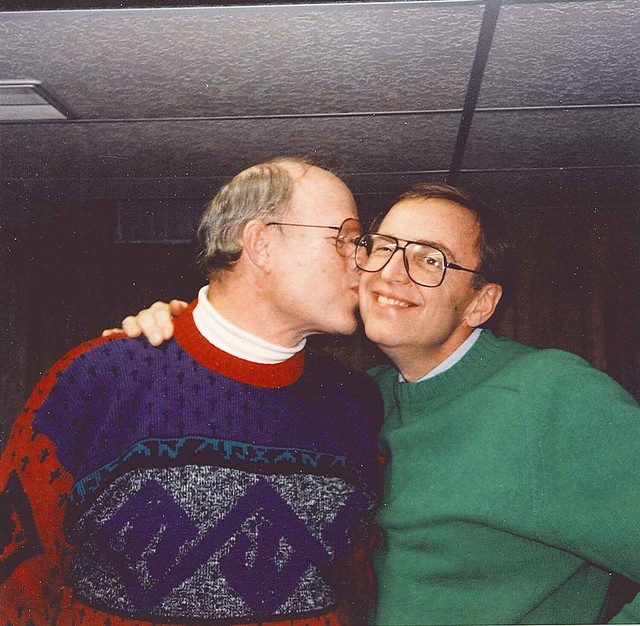 I especially appreciate the friendship Paul enjoyed with Dick those years we were neighbors. Who would not love a guy who expressed his feelings so regularly with a holy kiss?

Paul eventually succumbed to cancer. Dick and Shirley stood by his hospital bed and joined our family in saying farewell. Those are the life moments we never forget. 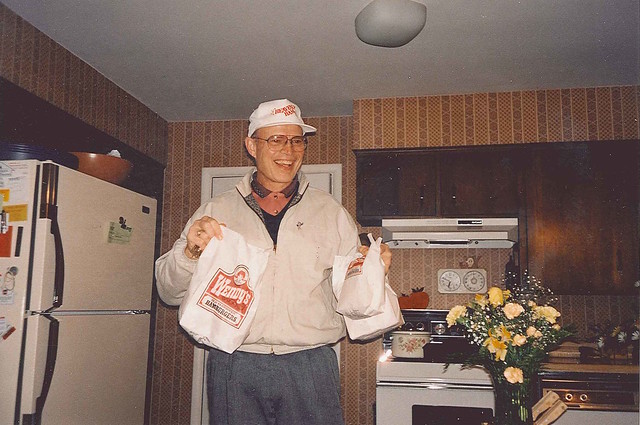 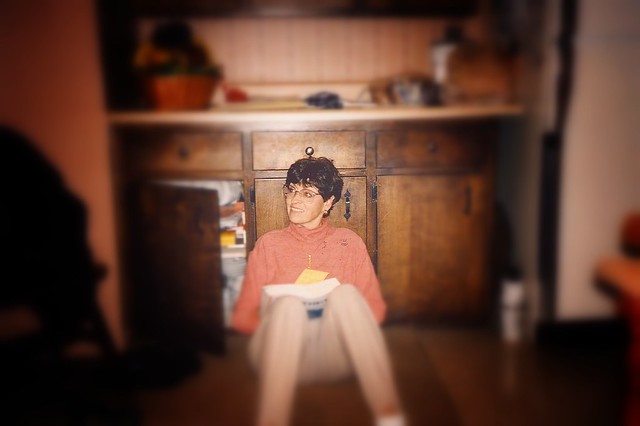 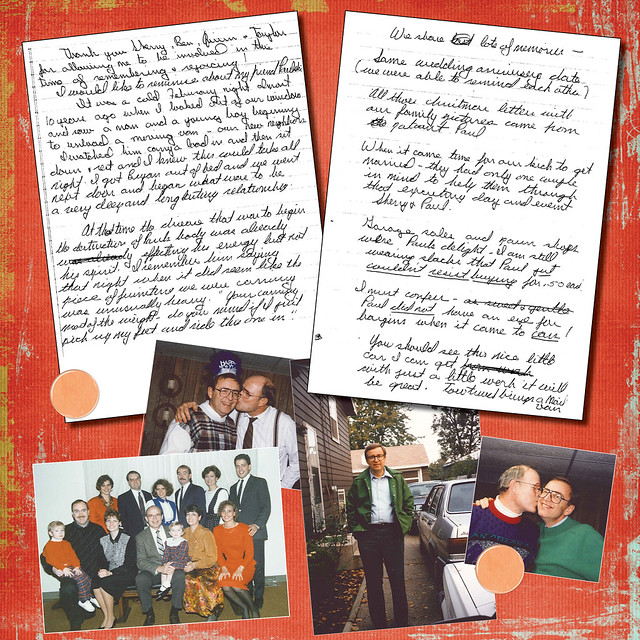 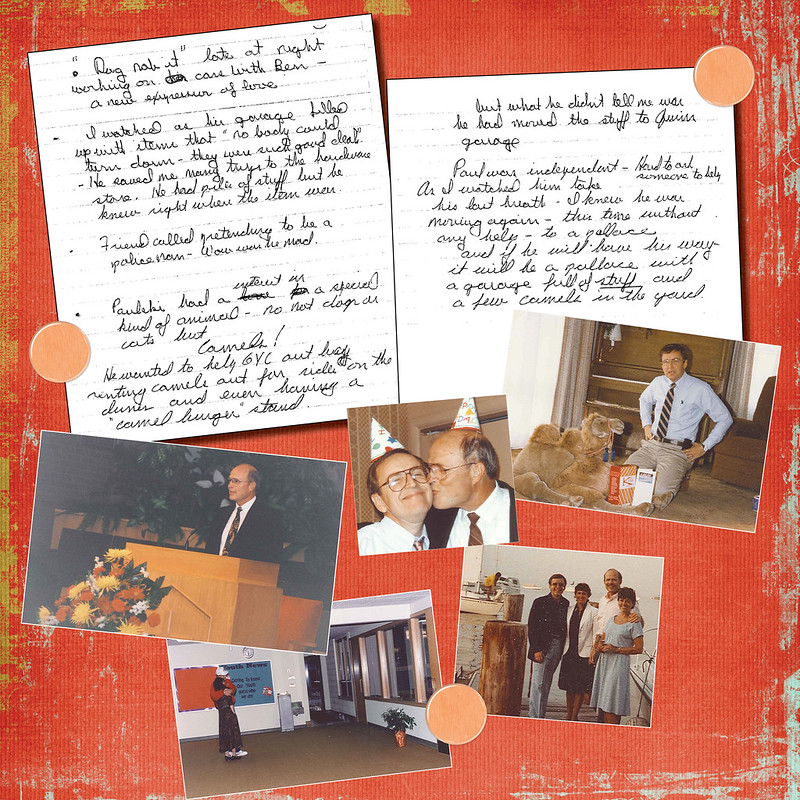 Dick shared his notes from Paul’s memorial service. He probably didn’t expect to see them in a book some day, but we consider them a treasure, Dick’s gift to our family.

I  wish I was geographically close enough to reciprocate Dick and Shirley’s kindnesses to our whole family as their family navigates Dick’s last days on earth. If he’s like his friend “Paulski,” much of him will regret having to leave Shirley and his kids and grandkids, but he knows who waits on the heaven side—the Lord he has humbly served all the way there. 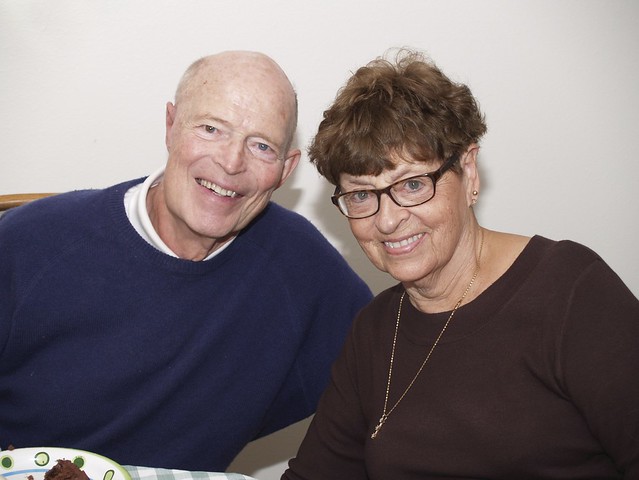 Love and blessings to you, my friend Dick! When I see you again, maybe you’ll be giving Paul’s cheek a big smooch. At least that’s how I’ll be picturing you.

“Thank you, Sherry, Ben, Quinn, and Taylor, for allowing me to be involved in this time of remembering and rejoicing! I would like to reminisce about my friend Paulski.

It was a cold February night almost ten years ago when I looked out of our window and saw a man and a young boy beginning to unload a moving van—our new neighbors. I watched him carry a load in and then sit down and rest, and I knew this could take all night. I got Bryan out of bed and we went next door and began what was to be a very deep and long-lasting relationship.

At that time, the disease that was to begin the destruction of Paul’s body was already affecting his energy, but not his spirit. I remember him saying that night when it did seem like the piece of furniture we were carrying was unusually heavy. “You’re carrying most of the weight; do you mind if I just pick up my feet and ride this one in?”

We share lots of memories—
• Same wedding anniversary date (we were able to remind each other).
• All those Christmas letters with our family pictures came from patient Paul.
• When it came time for our kids to get married, they had only one couple in mind to help them through that exciting day and event—Sherry and Paul.
• Garage sales and pawn shops were Paul’s delight. I am still wearing slacks that Paul just couldn’t resist buying for 50¢ each.
• I must confess—Paul did not have an eye for bargains when it came to cars! “You should see the nice little car I can get; with just a little work it will be great.” (Tow truck brings a mail van!)
• “Dag nab it!” late at night working on cars with Ben—a new expression of love.
• I watched as his garage filled up with items that “nobody could turn down, they were such good deals.” He saved me many trips to the hardware store; he had piles of stuff but knew right where the item I needed was.”
• Paulski had an interest in a special kind of animal—no, not dogs or cats, but CAMELS! He wanted to help Grace Youth Camp by renting out camels for rides on the dunes and even having a “camel burger” stand. But what he didn’t tell me was he had moved the stuff to Quinn’s garage.

Paul was independent. It was hard for him to ask someone to help. As I watched him take his last breath, I knew he was moving again—this time without any help—to a new palace, and if he will have his way, it will be a palace with a garage full of stuff and a few camels in the yard.”

This entry was posted in nostalgia, old friends. Bookmark the permalink.

5 Responses to a friend indeed