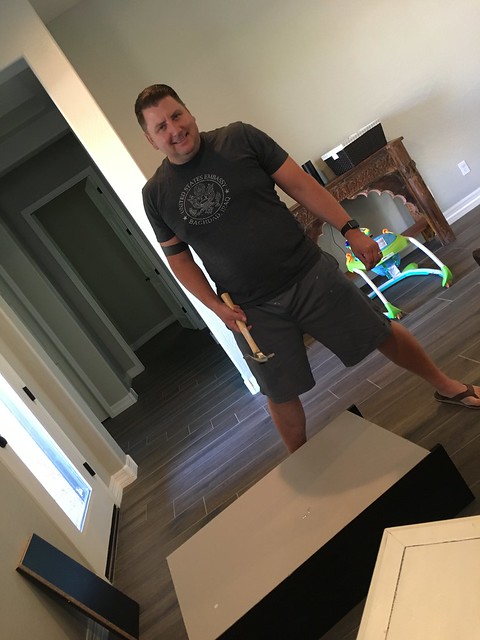 I took a picture of Taylor putting together a bookshelf without knowing what he’d be doing throughout the day. T’s job at Agilent Technologies allows him to spend time at home until he’s called to travel where medical equipment needs his expertise. So I’ve felt really lucky he’s been home while I’m here. 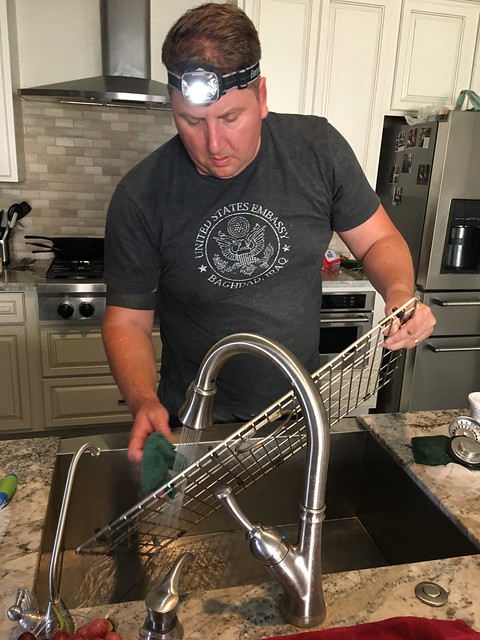 Next thing I know he’s installing a new garbage disposal. And then he’s putting together a laundry sorting contraption, and then I see him doing something electrical with the ceiling fan.

I express my astonishment and pride that he knows how to do so much. He said he was just showing off for me. Mauri reminded me in a text that Taylor fixes things for a living so I shouldn’t be so surprised. 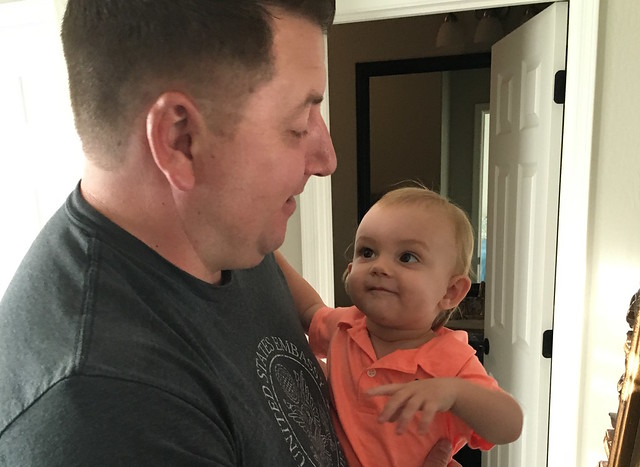 It’s most fun watching him be a daddy. 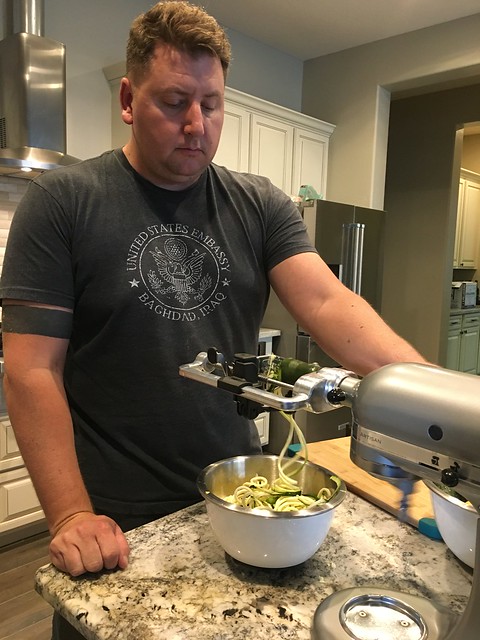 I turn around and he’s making zucchini noodles. What? (Of course, he won’t be eating any—zucchini is a vegetable.) 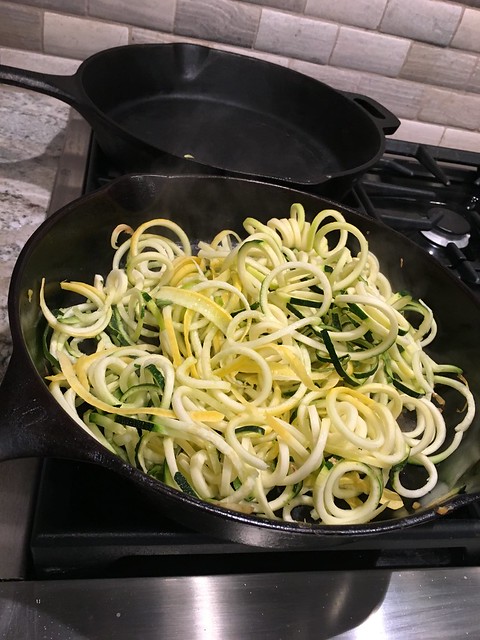 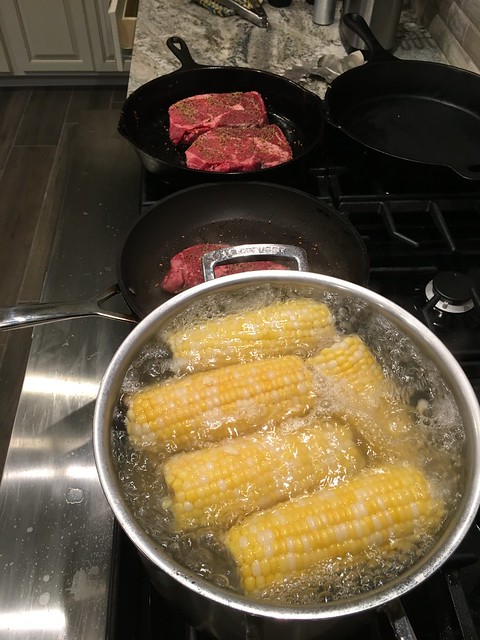 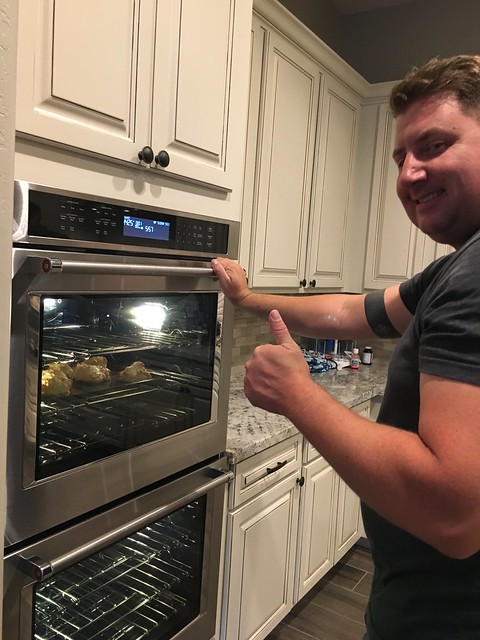 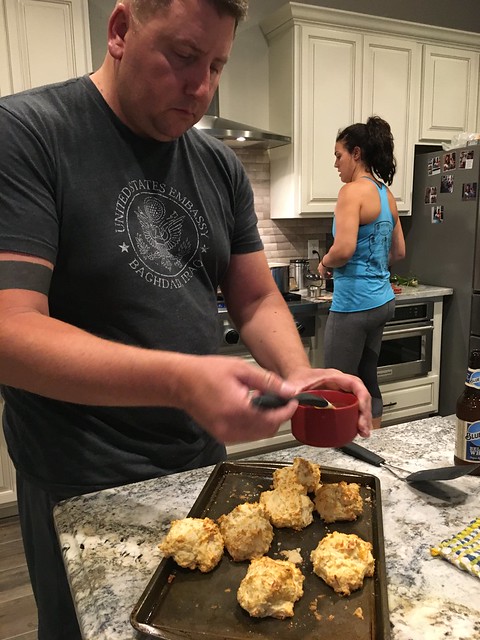 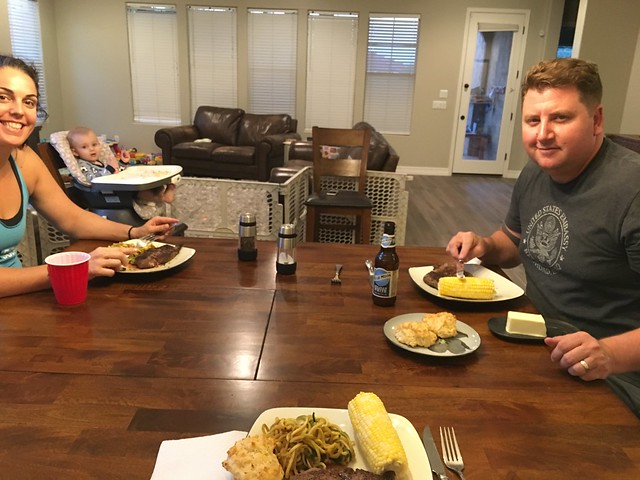 It’s been a good day. I played with a toddler all day while productivity whirled around me.