Howard sometimes brings us roses during the growing season. So when he said he had something for us and asked if he could drop by, we made assumptions.

It was a big box for Mauri. 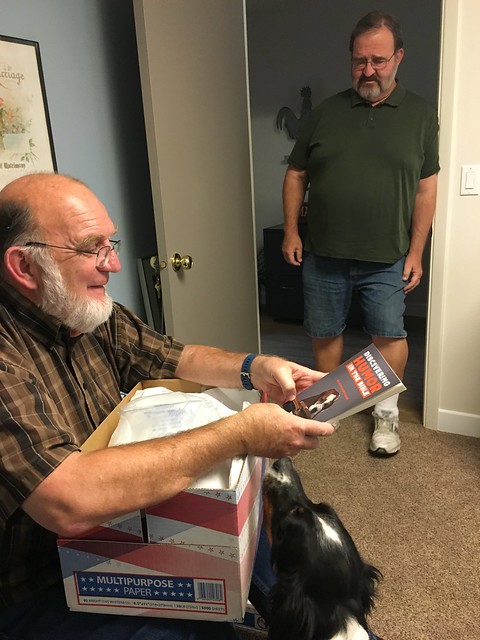 Right on top was Howard’s latest book, hot off the presses. Darcy seems extra interested in it, but I can’t tell why. 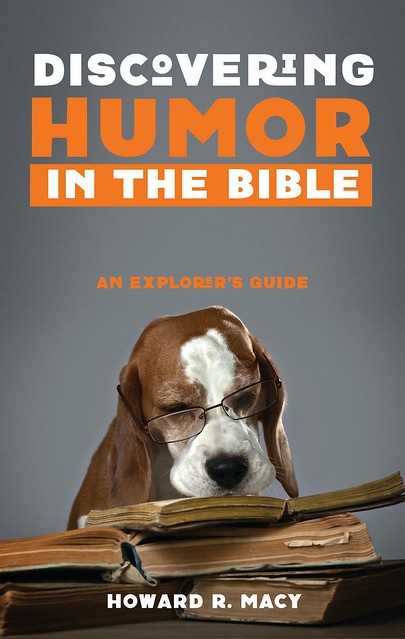 You can read about it and order it HERE. 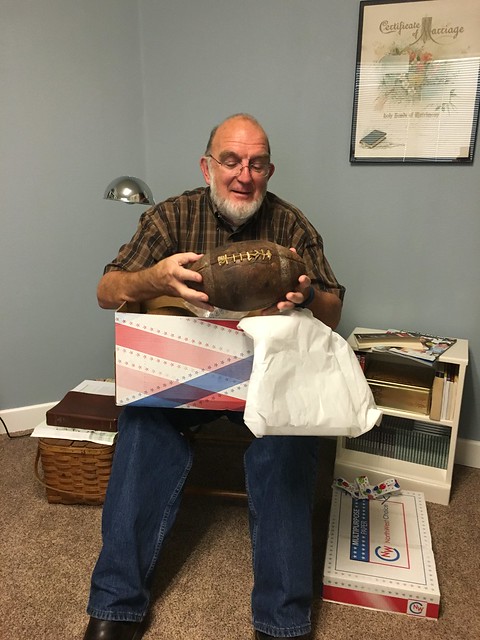 Next out of the box is a well-loved-and-used football, the very football these brothers kicked and tossed to each other in the days of their youth. Those laces have been retied a time or two over the years. 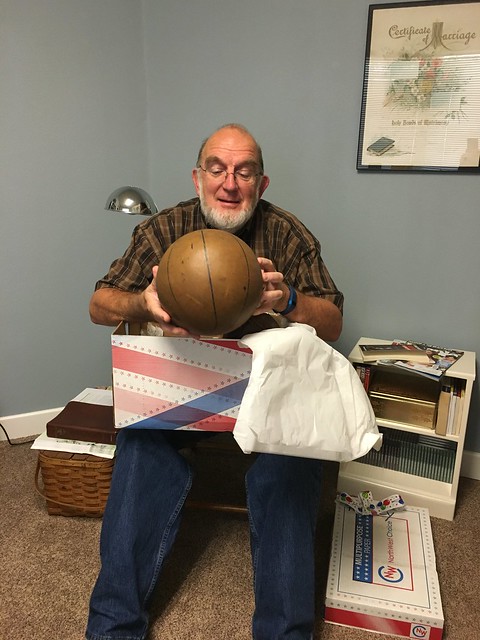 If a basketball could talk, this one would tell of the innumerable times it was flung at the backboard on the wall of their garage. 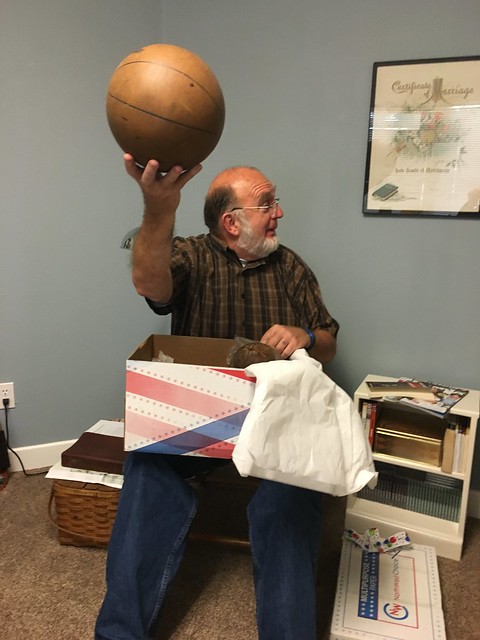 And here Mauri illustrates his unsuccessful attempts at self-preservation as Howard would heartlessly plaster him to the garage door when he drove past for a lay-up. Not a single nub remains on that classic J.C. Higgins from Sears & Roebuck. Another family treasure.

And to think that Howard was ready to pass both balls along to his brother for safe keeping. What a guy! Thanks, Howard. No, I mean it. Thanks. 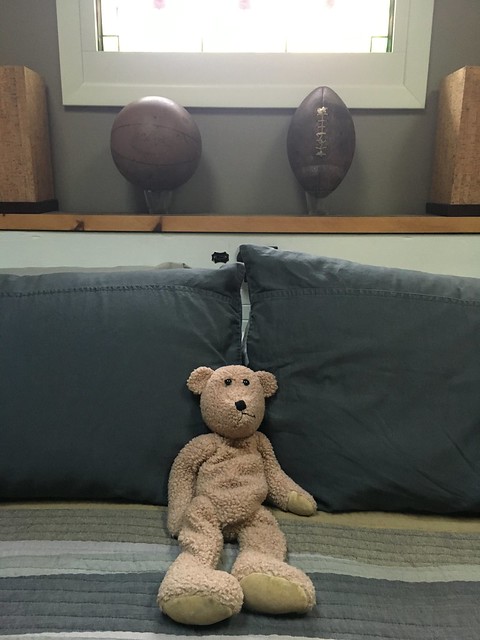 As Mauri thanked Howard for this nostalgic gift, he promised to find a place of honor to display their balls. “For a while,” he added. 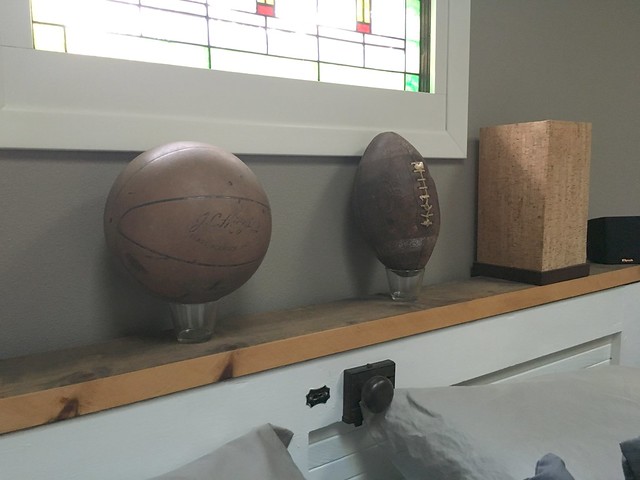 This entry was posted in family matters, old friends. Bookmark the permalink.