Posted on December 4, 2015 by sherrymacy 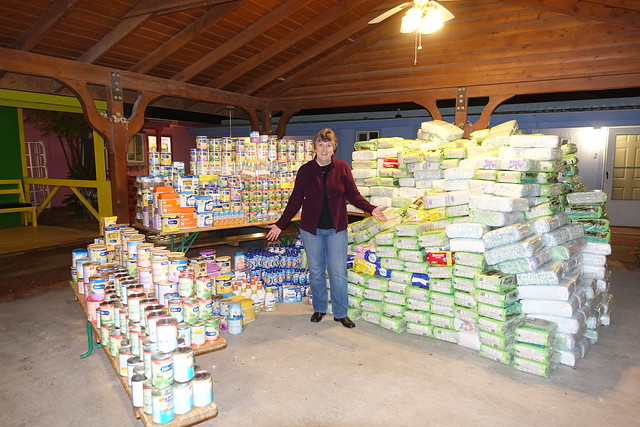 To the casual bystander, this could be mistaken as just a bunch of diapers and formula. No big deal, right?

Right—when we have the means to buy these supplies for our babies. Please understand—I’m not going for drama here. I’m only reporting on what happened just across the El Paso, TX / Juarez, MX border last weekend as a result of a few very generous donors who participated in our second annual Dorothy’s Match. $3,900 + $3,900 goes a long way when you have scouts willing to drive all over the Phoenix area buying out store clearances marked 50% off! 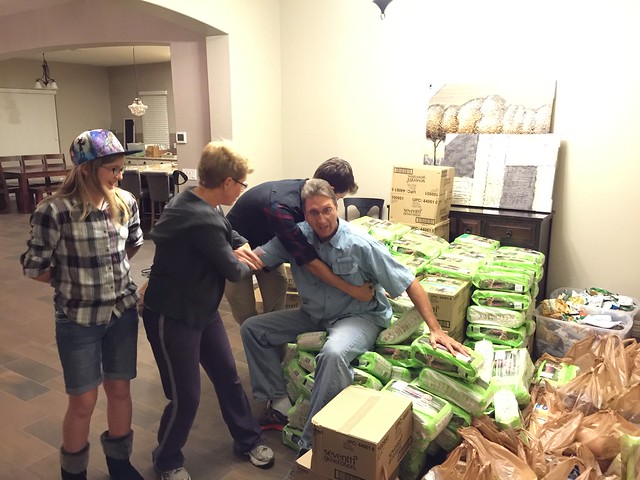 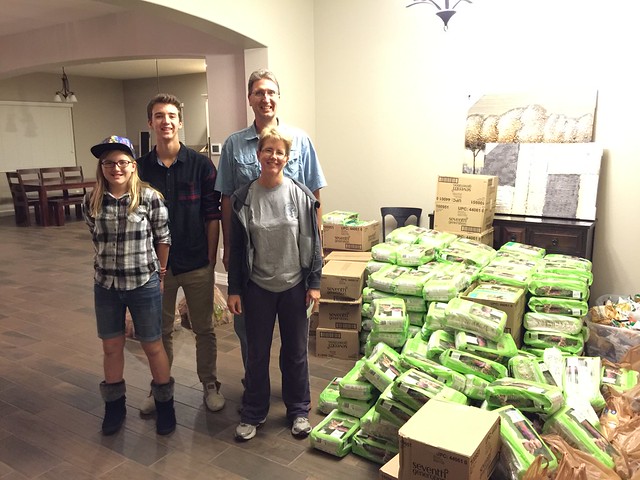 The Tennisons had a lot of fun loading up the Andersons’ empty home space. 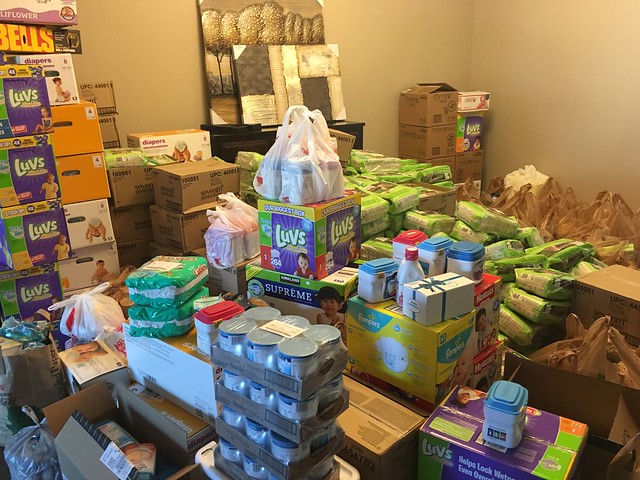 And by the time most of the money was spent, they had to create a walkway through the house. [FTR, others along with the Dorothy’s Match donated to this pile.] 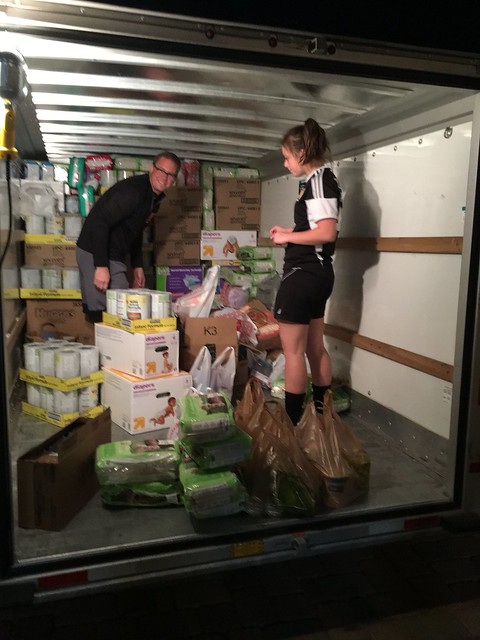 And then it was time to load the trailer headed for Juarez early the next morning. 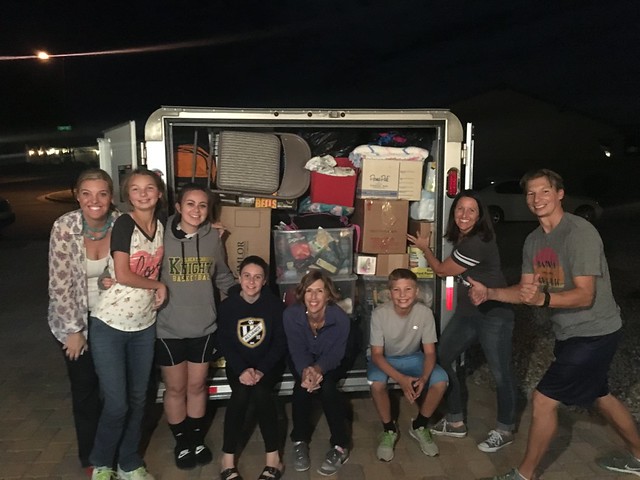 Mauri and I were sad to miss this part of the fun. Thankfully, Krista and the Herr family jumped into to help the Andersons. And because of our arrival time in El Paso the next day, we also missed out on the transfer from the U-Haul to the Missions Ministries trailer that goes into Mexico. 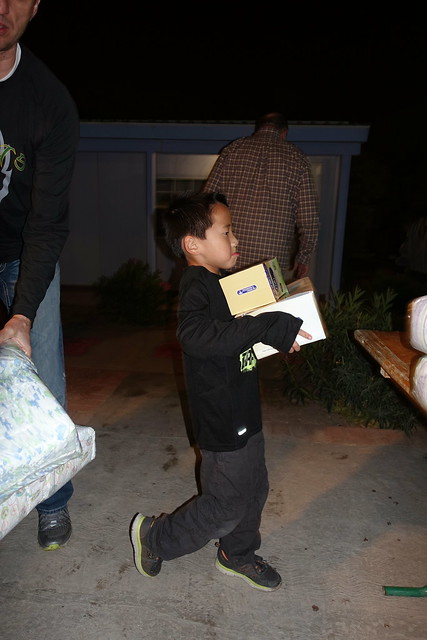 It was dark and rainy when we got to the team center in the colonias. After dinner it was all hands on deck to unload the trailer. From the young ones . . . 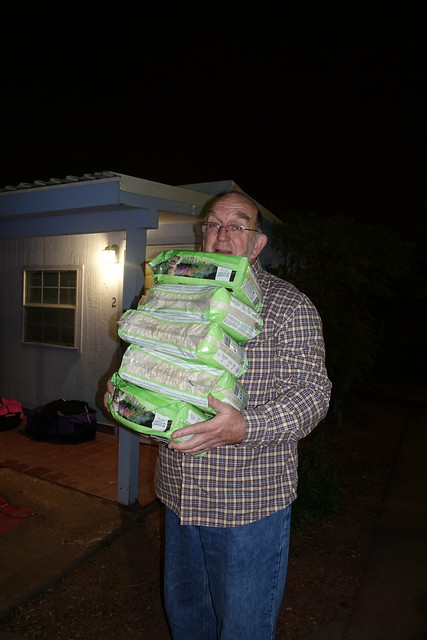 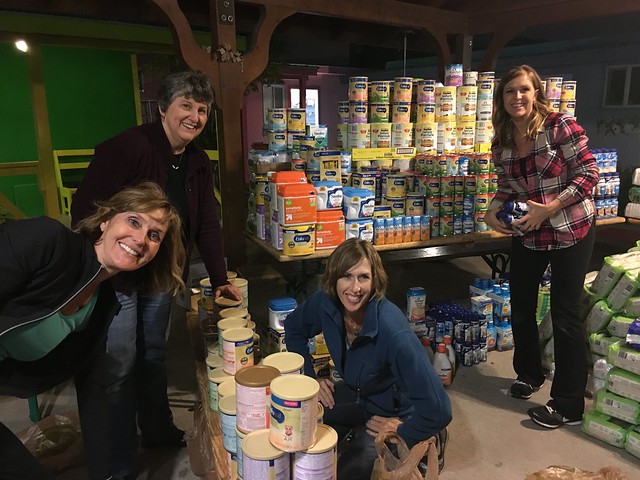 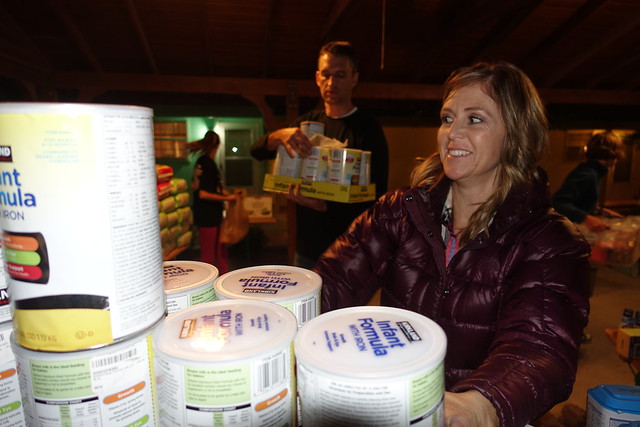 A newby asked: “Why are we posing the supplies?” 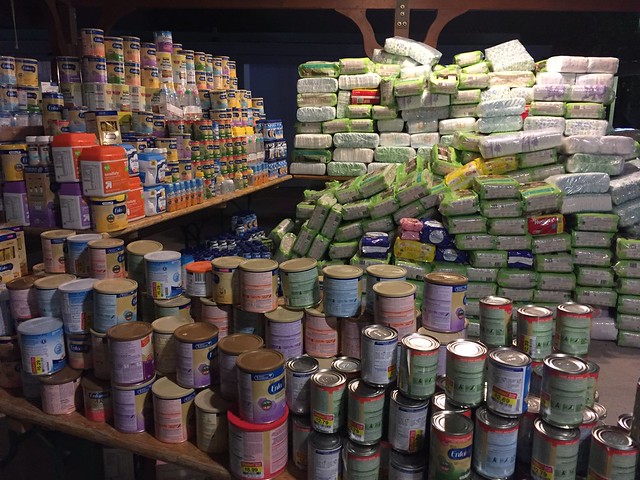 “So the people who gave supplies or the money to buy all of this can be in on the fun!” 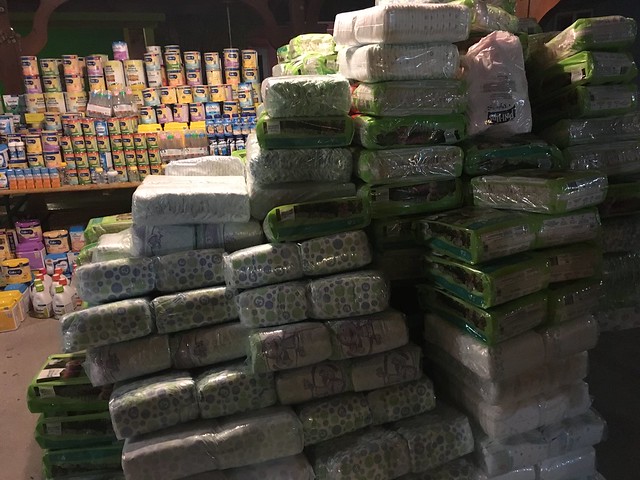 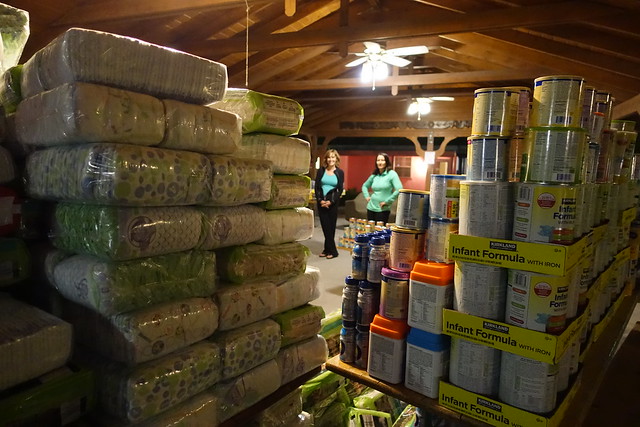 And we all stood back to admire what God did (through you) for the Babies of Juarez. 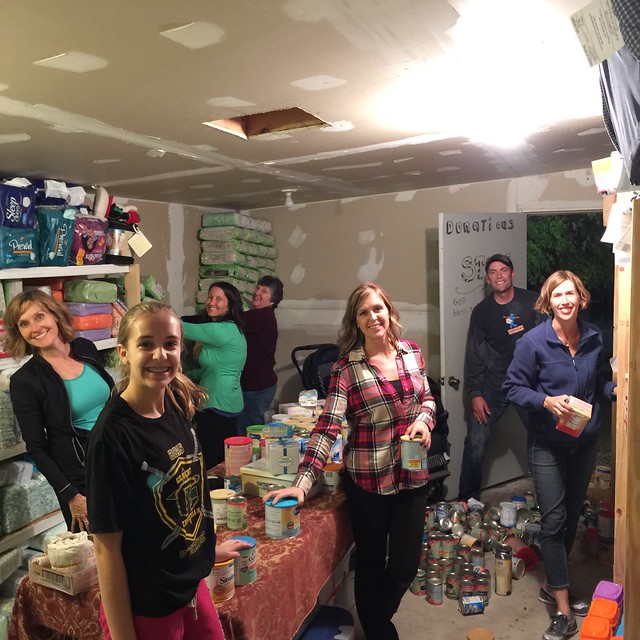 Once photos were taken, it took another team effort to haul everything again—through the rain—to the storage building, where this crew had the fun task of organizing and finding shelf space. 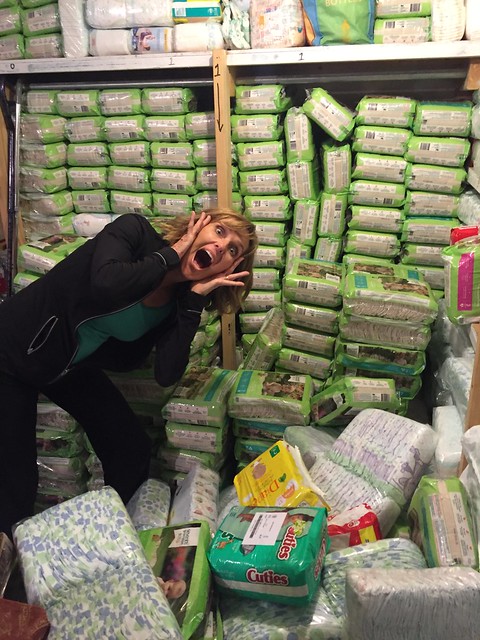 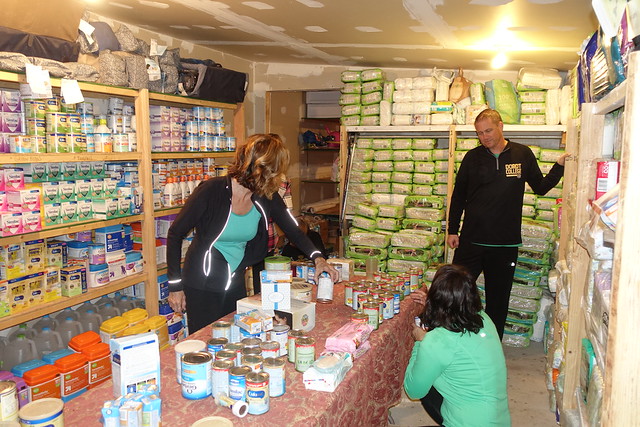 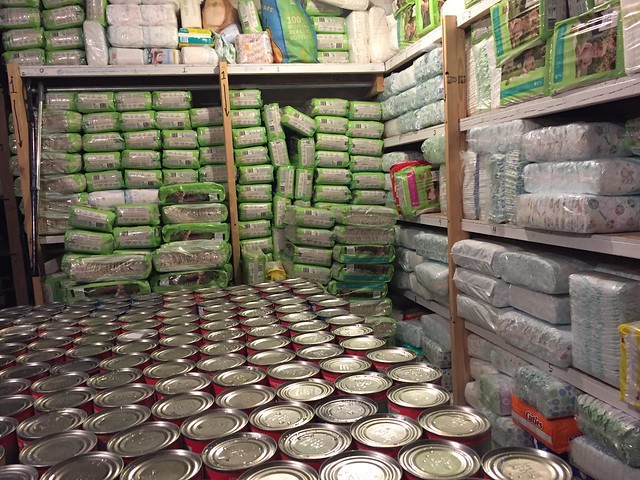 and were rewarded two days later with this: 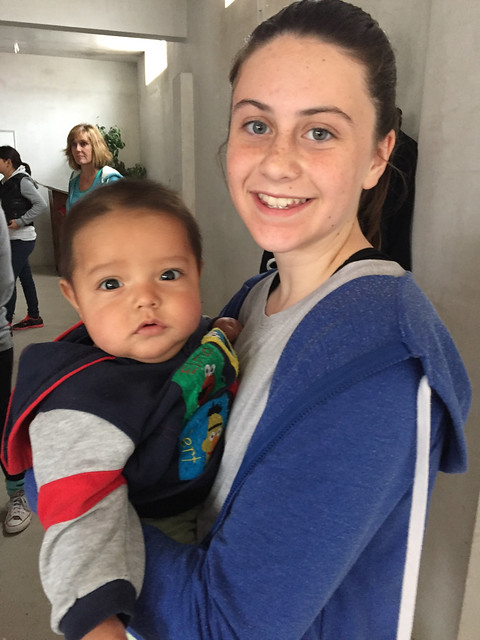 Look at those chubby cheeks! He is one of the many babies whose lives are profoundly better, whose mamas are breathing easier because their babies are not hungry or wet.

Have I told you how Dorothy’s Match got started two years ago? It could just as easily have been named May’s Match, which would have been a nice alliteration. Dorothy was Mauri’s “Aunt” Dorothy, not really a relative, but like one for most of his life. When Aunt Dorothy died in 2011, Mauri and I were responsible for disbursing her estate through an attorney. All the checks were sent, but in her scribbled notes she asked that the funds in her bank account be given to her friend May. When I told May, she said “I don’t want that money; just donate it.”

This year’s Dorothy’s Match has cleared out her balance, but I’m determined, with God’s (and your?) help to carry it on another year and another . . . 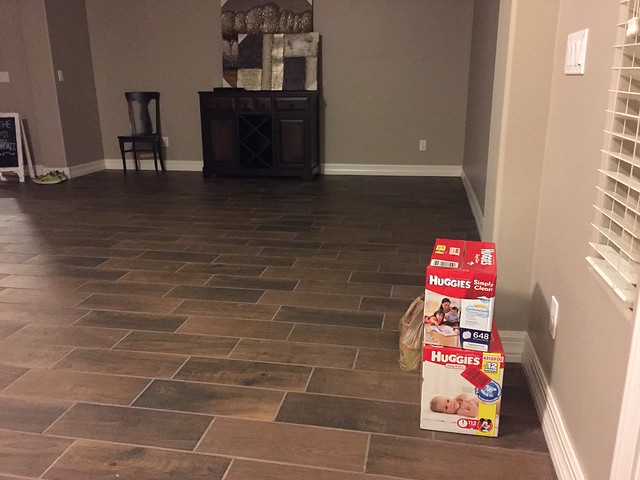