You’d think by the time a person reaches the age of 70 she wouldn’t have very many new experiences. Turns out that on Sunday morning, both Mauri and I had the exact same life “first.”

A sense a hush settling around you as you wait in awe-filled anticipation of what that was.

Well, hold on a second. I have to show you this first: 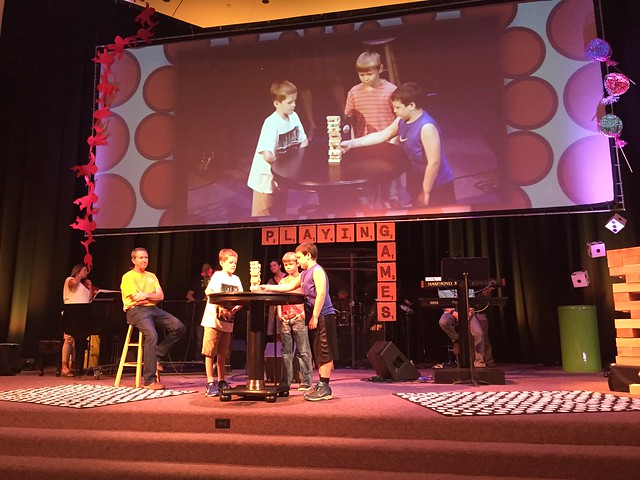 Our friend Deborah invited us to join her at Salem Alliance Church with a bit of warning that August is Family Gathers month; they veer off of their normal template on those Sundays. As we took a bench toward the front prior to the start of the service, we watched two kids playing Jenga, cheered on by the senior pastor. 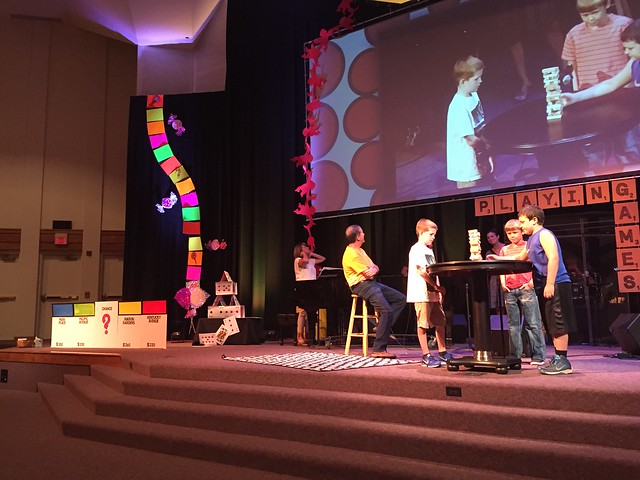 The platform was decorated, as you can see, 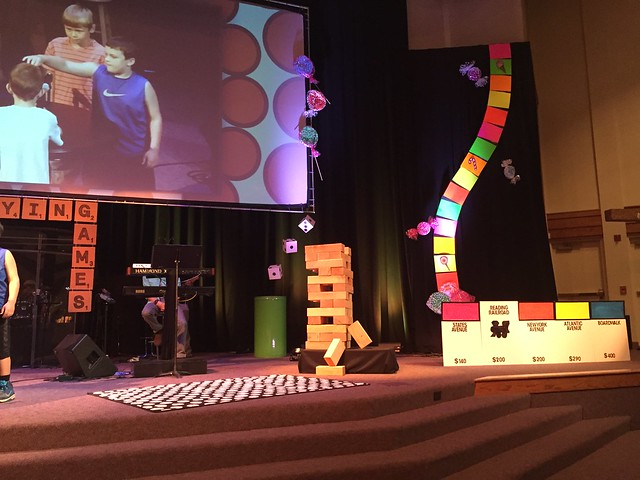 in the theme of family games—Jenga being Sunday’s theme and used to illustrate the sermon points. 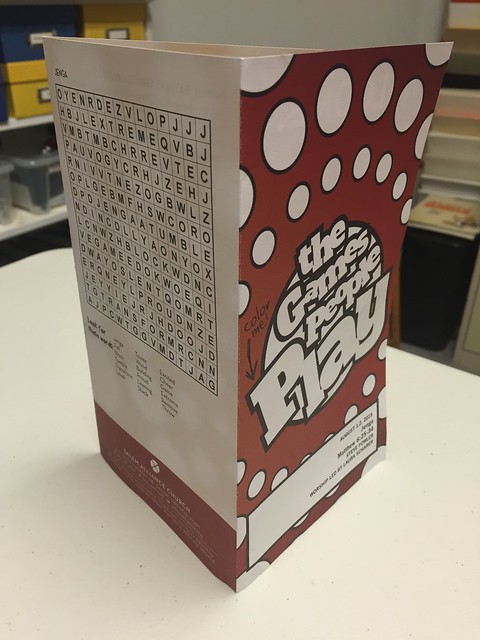 You can see on the back of the handout a word find with Jenga-themed words.

While this was something we’ve never experienced before, it isn’t the cool “first” for us. 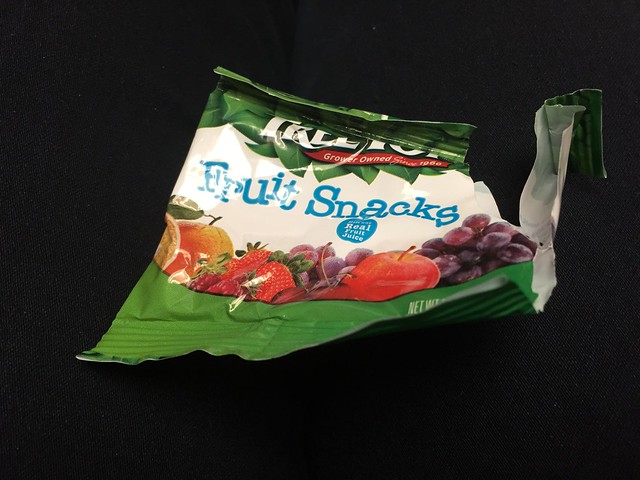 Down each row the ushers passed large baskets of these, and we were to each take a packet, open it, and chew them, one at a time, right there in church! Well, I never!

I would love to have been part of the brainstorming session with those service planners who came up with that idea! Brilliant!

At brunch Deborah told us about the time her pastor dad was in the pulpit, preaching his sermon, when he noticed young Deborah chewing gum, which was clearly forbidden. She had forgotten to dispose of it before church and was trying so hard to keep her jaw still. He caught her eye, and with two exaggerated chewing movements got his point across. She took quick action to relieve her mouth of that chewing temptation. We had a good laugh at the way times have changed in our lifetime.