Not everyone can boast they have four mothers. More clearly I should say I’ve had four mothers. No, that’s not right either—I’ve been blessed with four mothers, one still living. 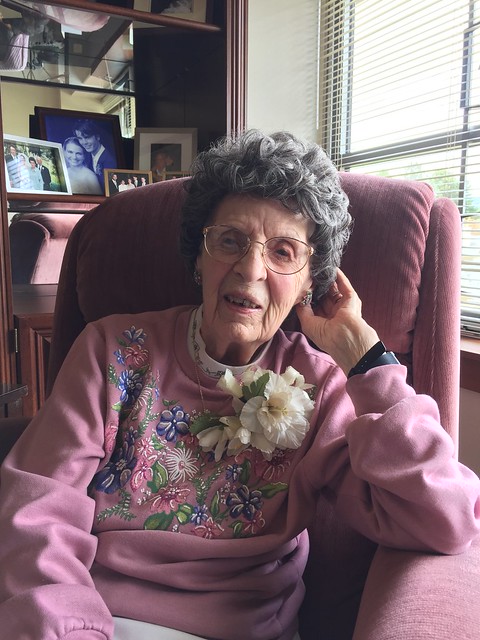 The one still living will be 96 years old on the 19th! We spent part of the afternoon with Edna, Mauri’s first wife’s mother who became my mother when I became Mauri’s second wife. She has always loved me (and I her) and treated me as her own. I recognized and commented on her corsage. Every Mothers Day she takes it out of its box and wears it proudly in memory of her daughter, Margaret-Rose, who gave it to her a long time ago for Mothers Day. 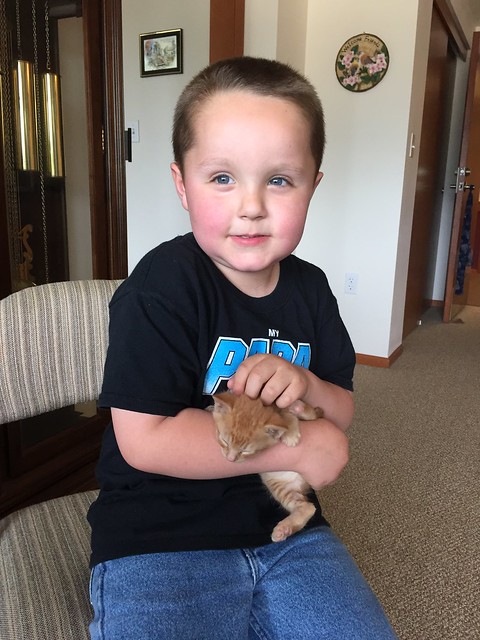 While we were there this young one brought his brand new kitten to her room to show her. He is the son of one of Mom’s caregivers. 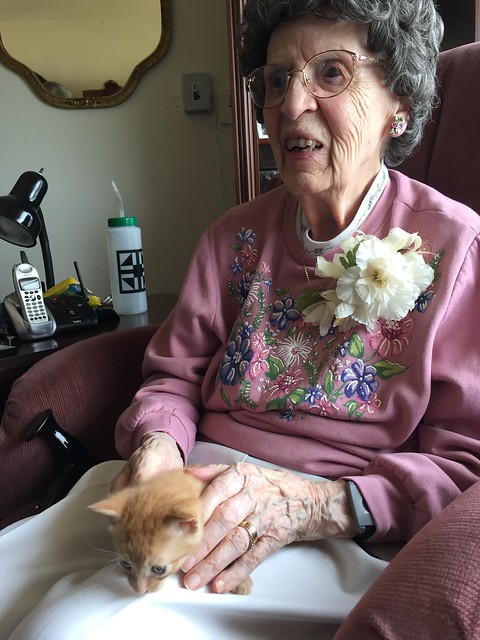 He passed Oliver along to Edna, whose attention quieted his cries immediately. She has the touch. 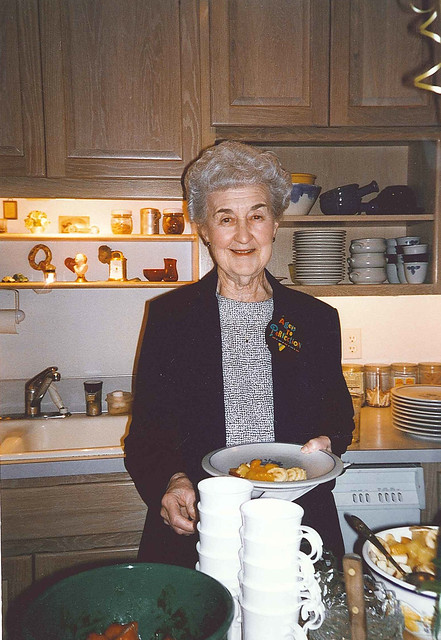 Hazel is the the counterpart to Edna—Mauri’s mother. She raised two rambunctious boys and now wears a crown of stars for the accomplishment. 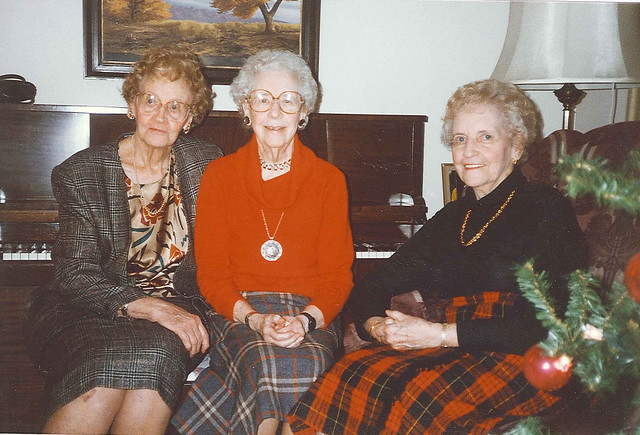 This is my first MIL, Florence. She’s the one in the middle, wearing red. She shares the limelight with her sisters Hazel (on the left) and Melba (on the right). Other sisters not pictured were Ruth, Signe, and Grace. Imagine raising six daughters! Florence felt blessed to raise one son, who grew up and married me. 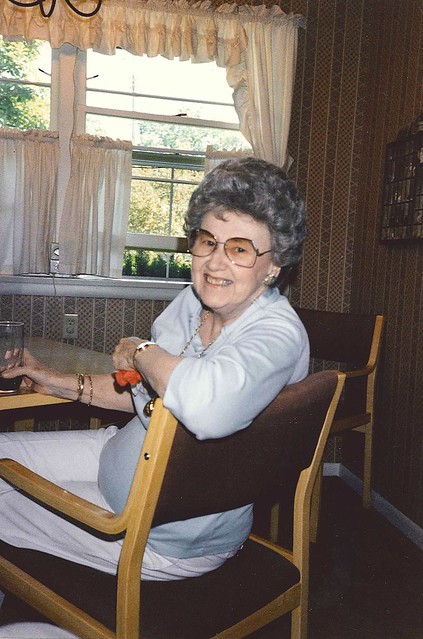 While I love and honor all of my mothers, this is the one who gave me life. She passed along to me many of her traits, most of them I’m glad to carry on, maybe even pass along.