The stars aligned to bring about the perfect circumstances for my current project.

First—My computer’s hard drive crashing during a backup because the external disk was full. Translation: I need to delete files to make more room. Since more than half of my computer’s memory is used to store photos and movies, those were my first files to target.

Second—For years now I’ve had two large plastic bins of family archival materials stacked up in my home office awaiting attention . . . approximately half photos to sort, scan, toss, organize; the other half old letters and memorabilia to read, organize, redistribute/file/toss.

Third—Time and space. Mauri spends all of January (except Sundays) helping lead spiritual retreats at Twin Rocks Friends Camp at the coast. This opens several hours each evening for me to make and leave messes in each room of the house (if needed). 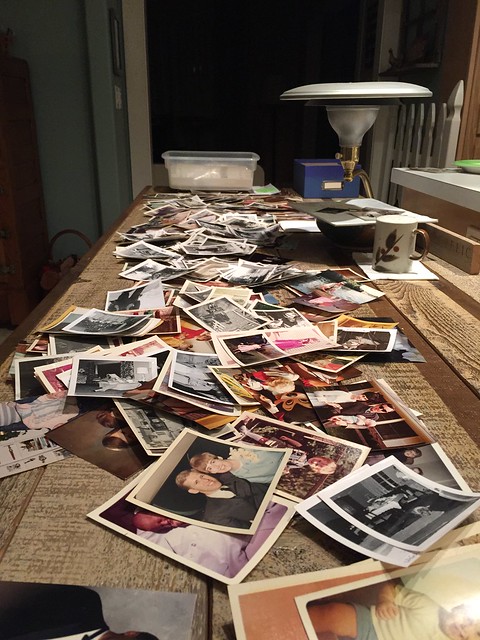 This photo represents only a fraction of the photos I held in my hands the past two weeks. And one of the many messes.

There was only one problem with my plan. Every scan uses up space in my memory. So I had to stay ahead of the game by deleting more than I added. To do this made looking at file after file of my precious photo collection and decide which ones I can live without.

There was a clear line of demarkation between film and digital, when cost was no longer a factor. Take as many pictures as you want! For me that line occurred in 2002, 13 years worth of limitless shutter clicks! And now I pay the price of having to cull. Try to imagine my great distress at having to look at all those pictures.

A couple of fun series came to the surface in my photo review. Here’s one: 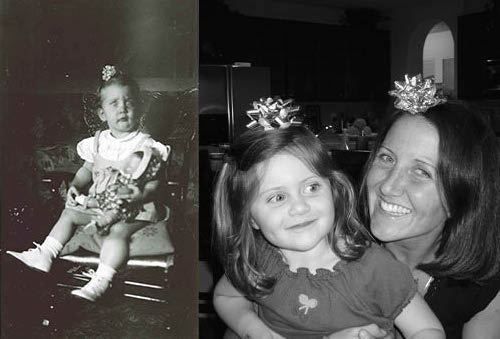 This entry was posted in 514, nostalgia, series / match-ups. Bookmark the permalink.