The agenda for team meeting that Tuesday morning included the news that Wendy Goodwin wasn’t offering her Acoustic Christmas concert as we’d enjoyed in the past. Sad faces all around. But she’s touring this Christmas as part of a small group of musicians that features Phil Keaggy. Are you kidding me? I’ve been a fan of Phil Keaggy since forever. His song “The Day Before Tomorrow” wakes me up every workday morning. We’d have to sell tickets to cover the considerable cost, but do we want to host their concert?

Now take into account that I’m the oldest person at the table these days and some had never heard or even heard of Phil Keaggy. (Huh?) I was fairly sure with Phil’s notoriety and Wendy’s familiarity (along with Jeff Johnson and Brian Dunning) we’d fill the house. That was the two cents I added to the discussion (our team never skips an opportunity to consider every angle of an idea), and after weeks of promotion, ticket sales, and preparations they came! 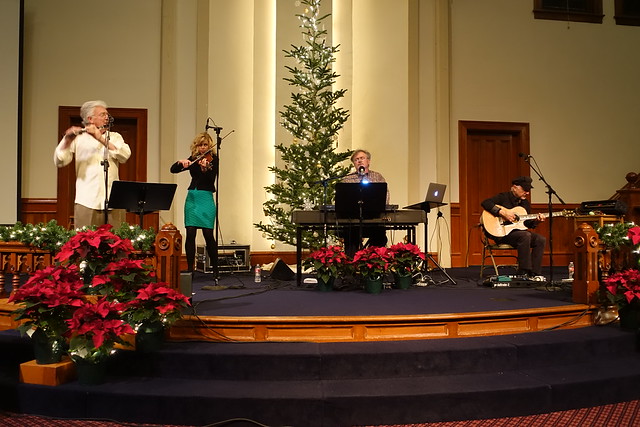 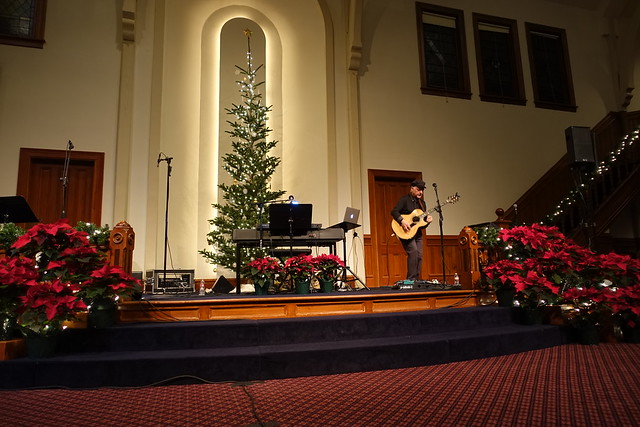 The ticket taker (me) needed a reserved seat—front and center, of course. Phil Keaggy at Newberg Friends Church! I could hardly believe it. 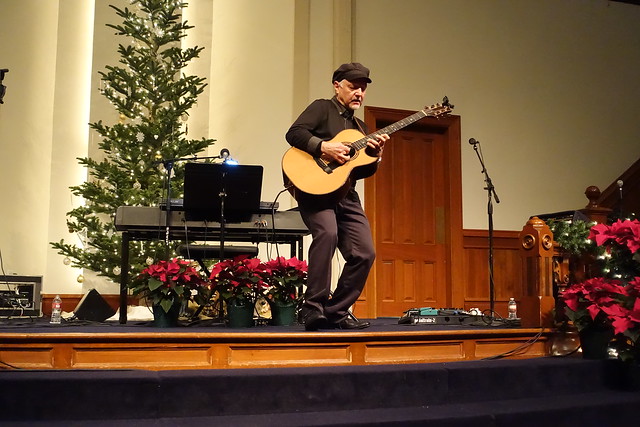 I wasn’t the only star gazer in the audience. And from my view of their faces, no one went home disappointed.

We were instructed to not video any part of the concert, but here’s a YouTube of Phil playing “Salvation Army Band,” which he played for us too. 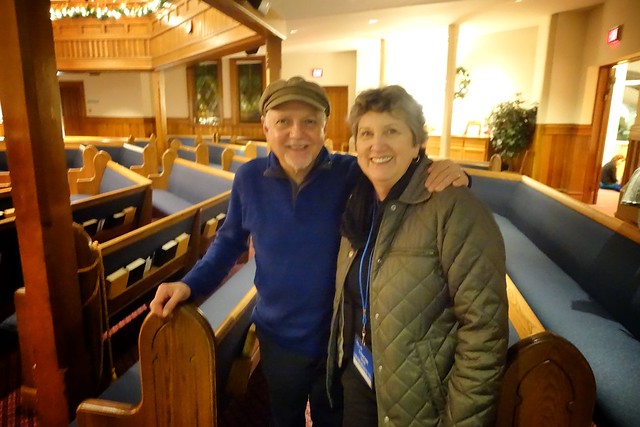 I could tell he was ready to call it a night when I had my turn to say a word, but he patiently posed for a picture. I told him that one of his songs wakes us up every morning. “Which one?” “The Day Before Tomorrow.” [blank look] “The Day Before Tomorrow”? “Yes, ‘It’s the day before tomorrow, and tomorrow may not come; so I’ll make the most of all that’s in today'” [blank look] “What album was it on?” “Tapestry.” [blank look, because I imagine he expected it to be one of his albums, which obviously it was not] By this time I suspected he thought I was either loco or have confused him with someone else. No worries. I’m his fan; he isn’t mine. But I did send him the tune because he should learn it (again) and sing it (again).