And then it was over. Even the shouting.

It’s cool when you can leave a position you’ve held for 33 years and be able to honestly tell your groups how much you’ve loved and appreciated working with them right up to the happy end. Mauri still has a lot of music left in him, so he isn’t leaving because he’s burned out. But clearly it was time, the right time for fresh worship leadership at NFC.

The church has called a young man who grew up in NFC to take on the role as interim worship pastor for one year. He will bring his own musical gifts to the position, just as Mauri did so long ago.

Today we celebrated a few more happy endings. (Are tearful happy endings oxymoronic?) NFC Brass played their season finale and the worship ensemble our finale under Mauri’s leadership. Between services there was a lovely party to give folks a chance to say thanks. 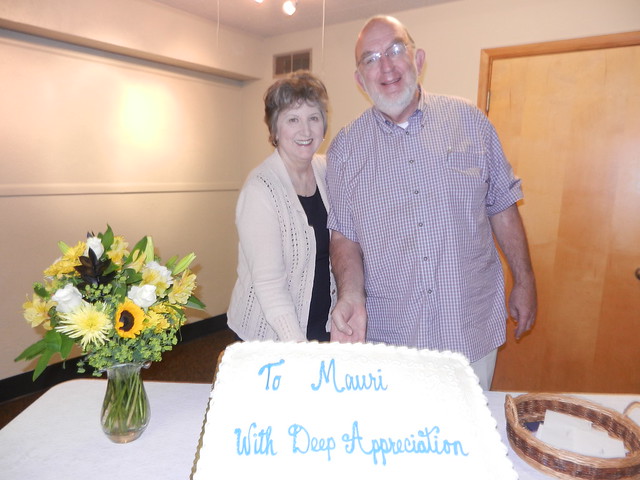 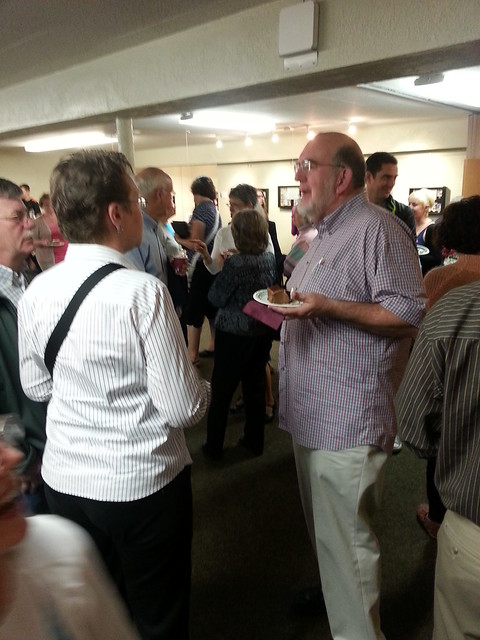 Rain forced us inside, so quite a bit of shouting was required. But we made the best of it, and before long the honored guest had to head upstairs to play prelude for second service. 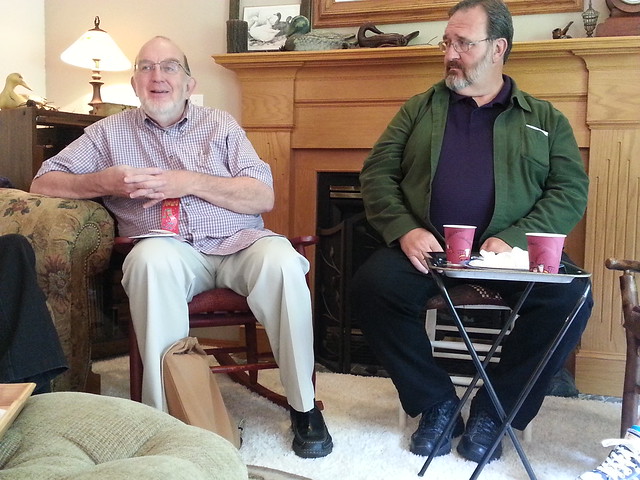 Afterward the Everlys opened their home for a farewell gathering (more shouting) of the worship ensemble (a.k.a. choir). We heard lots of stories from Mauri and the singers, and I’m sure there are many more. Maybe the highlight for me was when we sang the Doxology before eating. After the harmonic “amen,” one singer noted: “We could be a choir!” (Mauri’s pictured above with his brother, Howard, a faithful and longtime member of both the ensemble and NFC Brass.) 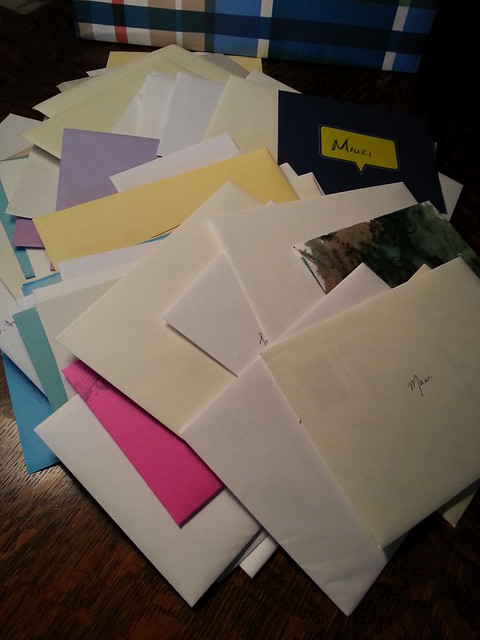 Yet to come—opening and reading the many cards and notes offered by the NFC community. Could be some more happy tears are in our future.

This entry was posted in family matters, in the neighborhood. Bookmark the permalink.

2 Responses to the happy ending