I’ve never been a fish eater. Except for tuna from a can, that is. For some reason I’ve always liked tuna sandwiches and tuna casserole. But just plain ole fish, no matter how enticingly prepared, gets me gagging. Maybe it’s the smell; maybe it’s the bones; maybe it’s all the rumors I’ve heard about bad fish; maybe it just tastes yucky.

You know what’s coming, don’t you? You’ve always been one step ahead of me.

Of course any diet I’ve tried wants to push fish on me, which makes losing weight a little more challenging for me than for you fish lovers out there. Yes, I just finished a six-month stint of restricted eating, but now Mauri’s naturopath has him on the Rosedale diet for three weeks, and I’m joining him in the fun of metabolism adjustment. I mean, what could be more fun than that? Well, someone in my Weigh2Go! group suggested I try tilapia, a very mild fish. I’d never heard of tilapia, but I liked the word tilapia, which must mean tilapia couldn’t be all bad. So the last time we were at the food store Mauri bought this one small filet for a trial run. 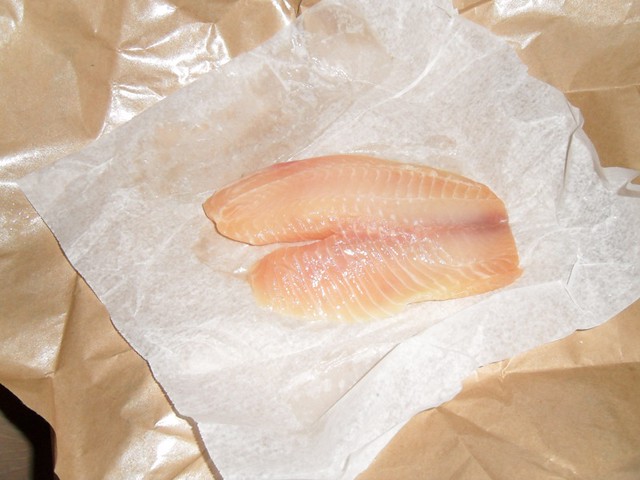 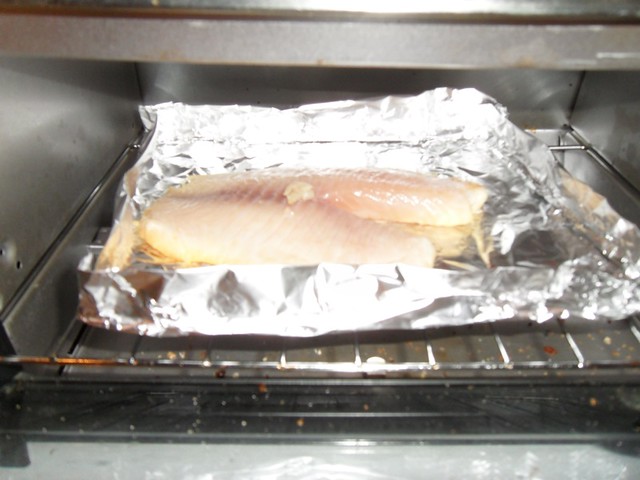 This recipe sounded easy, which is about the only kind of recipe I’ll try these days. You broil one side for 2-3 minutes, flip it, and broil the other side. I know, I know…you do this all the time, but it was a first for me. 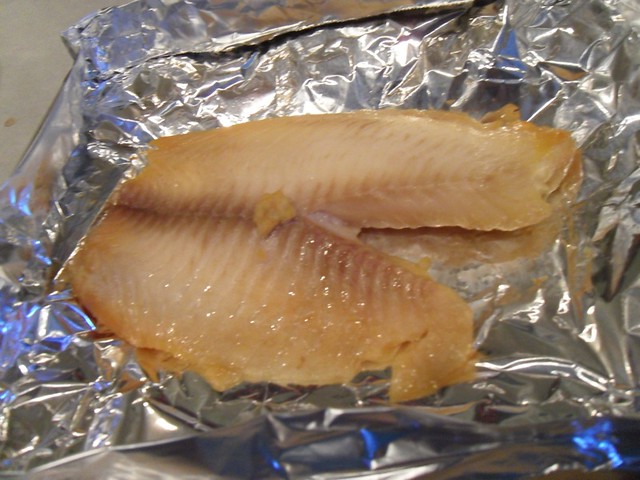 It’s not looking very appetizing yet. But wait for it… 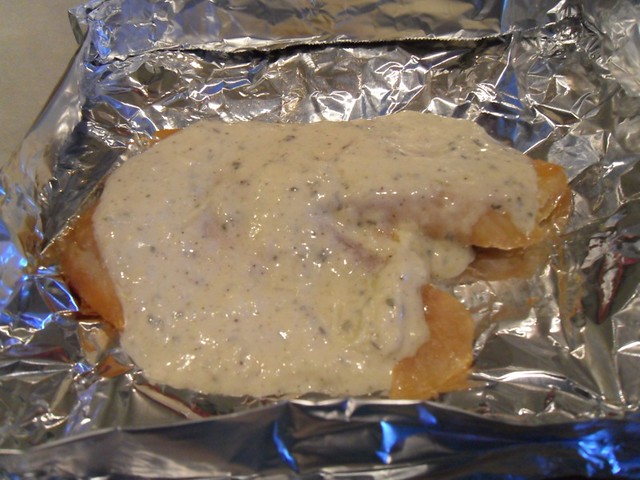 Slathered with a mixture of butter and mayo and lemon juice and spices and there might just be hope. 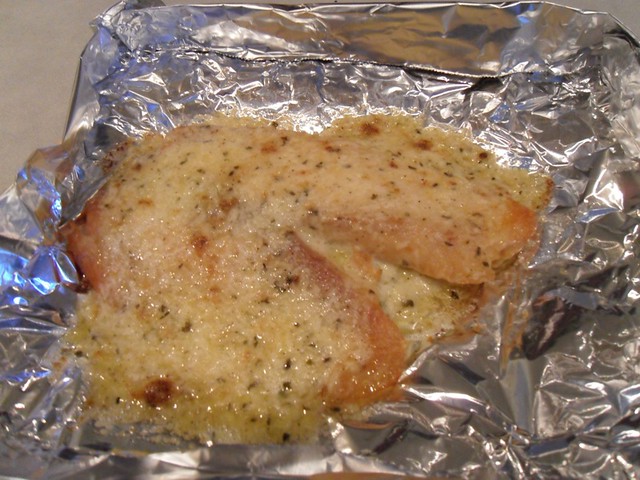 Back under the broiler for another 2 minutes and, well, I had to admit it held possibilities. 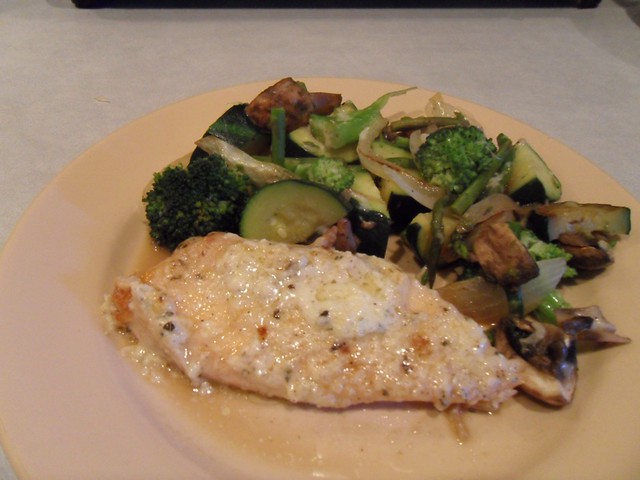 Add Mauri’s green veggie medley to our plates and we had ourselves a tasty supper. Which didn’t look all that dissimilar to the $16 lunch I ate at The Allison earlier today. 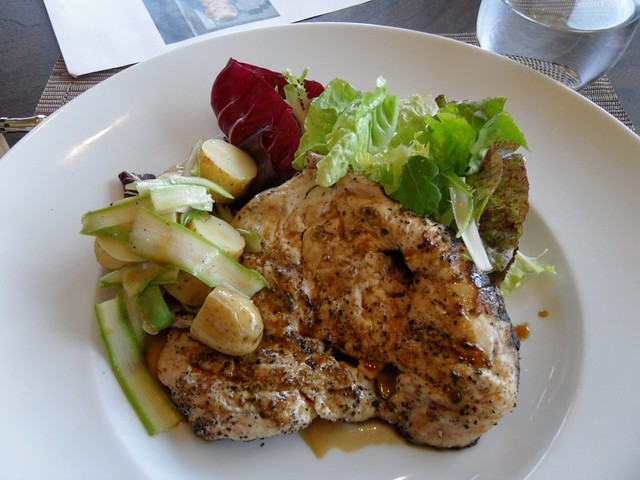 And the tilapia? I’d still choose a tender rump roast over it, but it wasn’t half bad. There might be hope for me yet.